Those results stand in stark contrast to the outcome of last year’s presidential vote. In Nov. 2020, Biden won Virginia by 10 percentage points and carried New Jersey, a state that hasn’t supported a Republican presidential candidate since 1988, by more than 15 points. 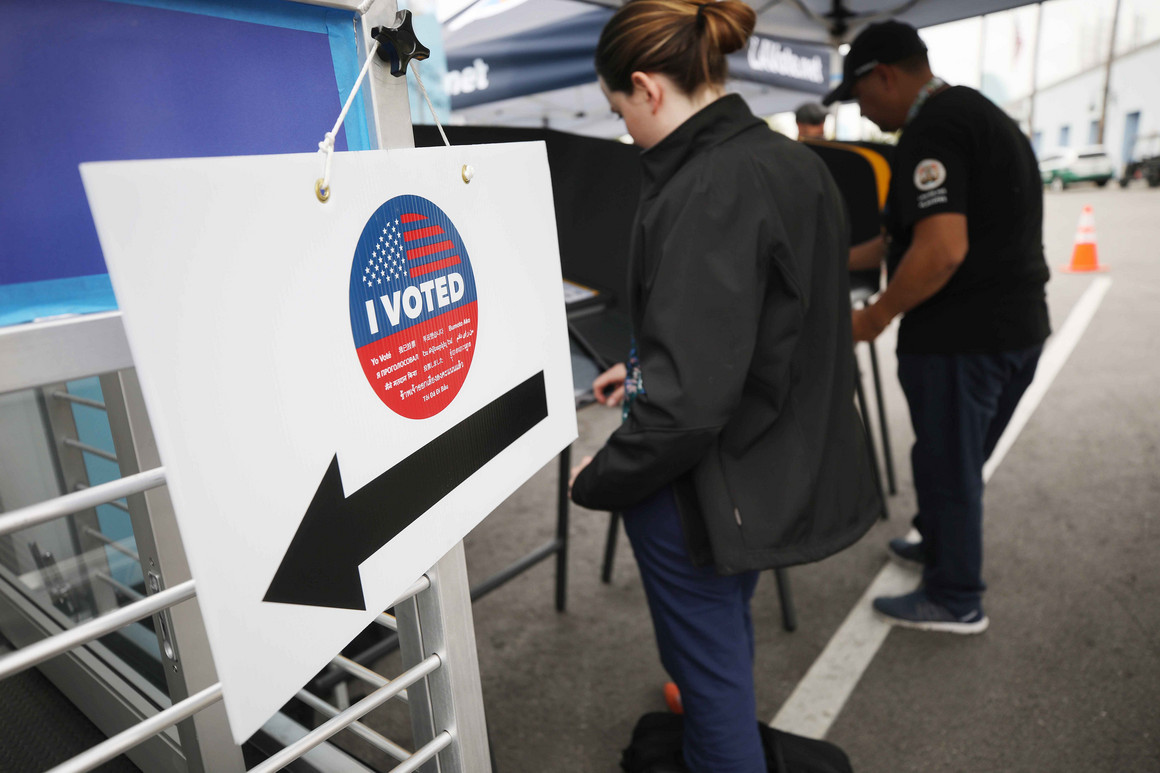 With Biden’s average approval rating down to 43% nationwide, according to RealClearPolitics, the votes in Virginia and New Jersey should set alarm bells ringing for next year’s midterm elections, which will see Democrats fight against the odds to keep their two thin majorities in the Senate and in the House of Representatives.

Unsurprisingly the Nov. 2 results sparked a lot of soul searching by Democratic Party operatives seeking answers for what may have gone wrong and new strategies for 2022.

Indeed, there are reasons to believe that the gubernatorial campaigns in Virginia and New Jersey hold bad news for Democrats even beyond the typical trend of presidents experiencing a decline in job approval rating in their first year in office and seeing their party lose some seats in the subsequent midterm elections.

For one, both campaigns focused primarily on national, rather than local issues. Youngkin and Jack Ciattarelli (Murphy’s Republican challenger in New Jersey) voiced their opposition to face masks, vaccines and other measures Democrats have supported to mitigate the spread of the novel coronavirus. They also openly praised former President Donald Trump.

As a result, post-election analyses saw the Democratic Party’s disappointing show through the lens of its inability to advance Biden’s ambitious domestic policy agenda in Congress, ongoing business and social disruptions stemming from the Covid-19 pandemic, the U.S.’s withdrawal from Afghanistan and swift Taliban takeover of the nation, and a mixed economic picture benefiting some parts of the country more than others.

Perhaps one the most intriguing assessment came from data scientist and political consultant David Shor in an interview with the New York Times’ Ezra Klein. Last year, Shor famously lost his job with Civis Analytics, a Democratic-leaning political data analysis firm in Chicago, after tweeting findings from an academic study about how rioting after Martin Luther King Jr.’s assassination “reduced Democratic vote share in surrounding counties by 2%, which was enough to tip the 1968 election to Nixon”. Coming days after George Floyd’s murder in Minneapolis, amid the Black Lives Matter movement and renewed social unrest in the streets of America, some progressive activists took to social media to vocally protest Shor’s tweets until he was fired.

Shor has since become a sought-after, out-of-the-box commentator of Democratic Party policy. His argument primarily revolves around the idea that young staffers who hold more ideologically inflexible and far more progressive views than the median Democratic voter have come to yield a disproportionate amount of influence over the party’s policy agenda and messaging. According to Shor, this has pushed “them [Democrats] to use overly ideological language (…) to use words that regular voters literally don’t understand”.

Democratic candidates and elected officials now spend quite a lot of time talking about issues that matter to college-educated liberals, like gender issues, abortion rights and higher taxes, but which moderate voters of all races, ethnicities and classes — the voting bloc Democrats need to win to stay in power — find tedious if not outright off-putting.

While young, progressive insiders cause the Democratic Party to become out of sync with a large share of its voters, Republicans gain popularity among lesser educated Americans as they increasingly adopt a sharp anti-intellectual stance, according to Shor.

Shor, therefore, believes that Democrats need to oppose “defund the police, not talk too much about immigration, assume that Twitter is not real life, and talk about things that already have approval instead of trying to make unpopular things popular.”

A well-known 2015 article by Ryan Enos of Harvard University and Eitan Hersh of Yale University supports Shor’s analysis. The two scholars found at the time that 23% of President Barack Obama’s campaign staff in 2012 ranked “income inequality” as the single most important issue facing the country, whereas independent opinion polls conducted in that same election cycle identified fewer than 1% of voters that named “the gap between rich and poor” their top election issue.

Enos and Hirsch also found that Democratic staffers were more likely to name healthcare and inequality as an important issue to voters – even though the majority of the electorate appeared mostly concerned about inflation and national security.

The 2020 election further confirmed this apparent mismatch between Democratic elite and base, as the party made significant gains among young people but continued to lose ground with other key constituencies, including individuals without a college degree and some Black and Latino voters.

Certain signs do point to the possibility that Democrats might in fact benefit from pushing more progressive values: recently released data from the 2020 Census depict an America that is younger, more diverse (33.8 million Americans identified as multi-racial, up from 9 million in 2010) and more urban (metro areas grew by 9% over the past decade) than ever. Biden’s historic victory in Georgia last year, followed by those of two Democratic candidates in closely watched runoffs for the Senate in January, also hinted at a viable path forward for a coalition of first-time, multiracial voters.

Nevertheless, Shor’s prescriptions may better account for the historically low propensity of young people and minority voters to turn out at the polls. As such, his suggestion to “talk about popular things that people care about using simple language” may be the safer strategy. President Biden, who has always had a knack for knowing what regular people think, seems to agree. After the elections in Virginia and New Jersey, he remarked briefly: “Democrats need to produce for the American people”.

Polarization and progress in US politics