The United States’ identity and its economy were built on immigration, but the country has a complicated history with immigration policy, influenced by domestic and international factors. Joe Biden’s presidency inherited not only this past but a present that covers more than two decades of failed efforts across political parties to reform an immigration model that everyone agrees does not effectively address the issue’s contemporary manifestations. In addition, the Biden administration now has the added challenge of attempting immigration reform in a domestic political context of extreme political polarization that covers virtually every issue. 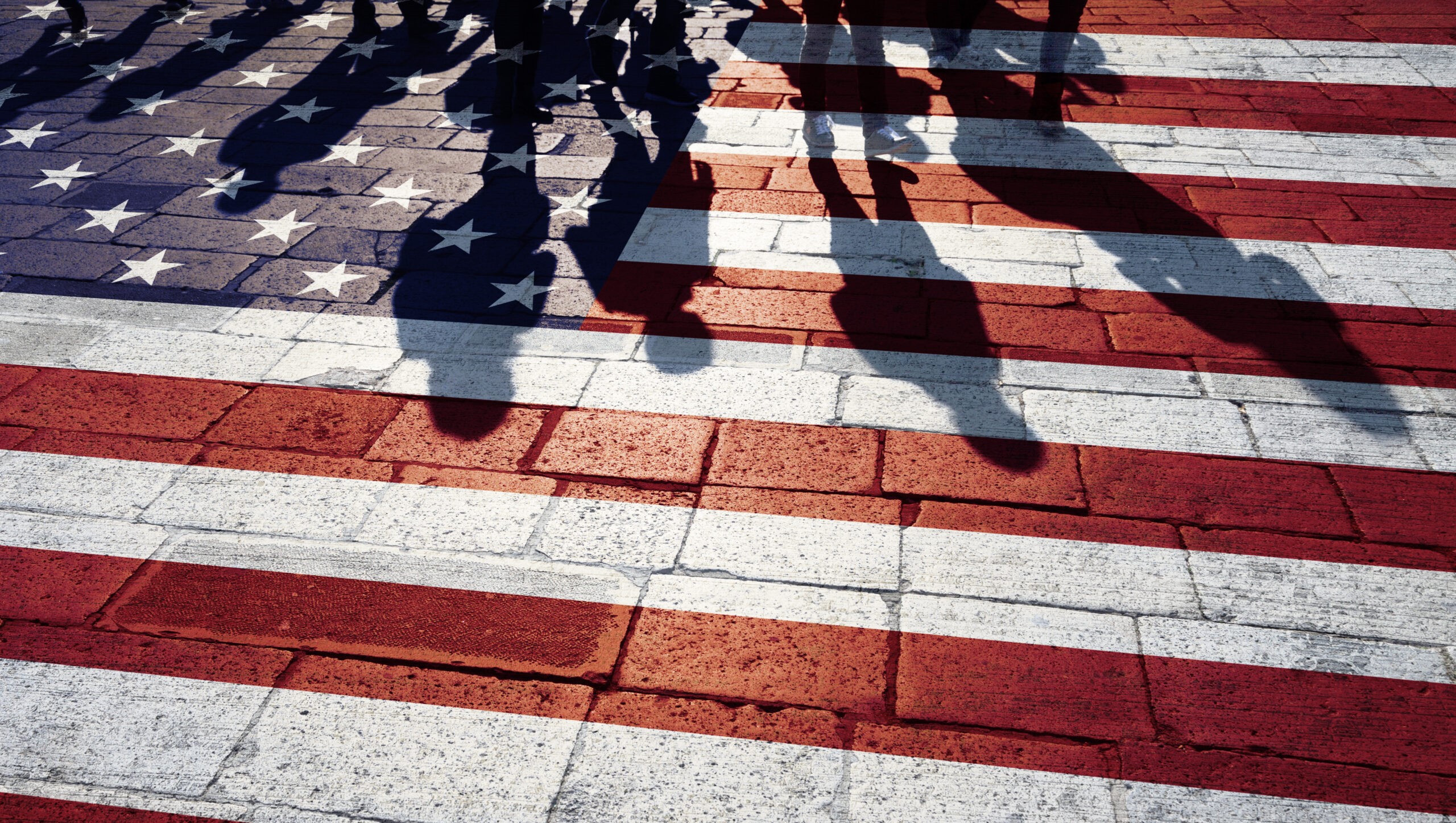 Immigration flows are largely out of the control of any US government – they respond more to local conditions in home countries rather than demand for cheap labor in the US. These foreign drivers – cartelization of violent crime, increasing authoritarian politics, a global division of labor that makes it more difficult to generate service and manufacturing paths to upward mobility, a global pandemic, corruption, and economic mismanagement by populist governments elected by desperate citizens looking for easier answers – cannot be fixed by a US president, and not easily mitigated within his time in office.

It is the nature of interest groups to focus on their one issue; every issue has its overriding moral, ideological, economic, and national security dimensions. Prioritization among issues is not for them, but it must be for those who adopt policy and make choices about how to allocate scarce political and financial capital. Biden, who campaigned on the need for, and immediately issued Executive Orders upon taking office to implement, humane immigration policies rooted in US values, must prioritize and balance among the different issues that constitute his agenda. The political calculus of implementing the agenda must deal with a contentious and contested political reality.

Upon assuming office in January 2021, Biden sent legislation to Congress to develop “a new system to responsibly manage and secure our border, provide a pathway to citizenship, and better manage migration across the Hemisphere.” But it has no chance to become law. The Congress that Biden is working with in the first half of his term has a slim Democratic majority in the House and a virtual tie in the Senate, and a Democratic party with insufficient discipline in both houses to simply force unity to pass legislation. In contrast, the Republican party demonstrates near total unity in opposing major policy initiatives from the Democrats. There is, therefore, no prospect for achieving major immigration policy reform this term. If the Democrats lose the midterm elections in November 2022 it would be highly doubtful that any legislative proposals from the Biden administration would prosper. Though immigration advocates were able to include immigration policy in legislation that could be approved on a unanimous party vote (under the “Reconciliation” procedures) the Senate parliamentarian – the official advisor to the Senate on the interpretation of Standing Rules – ruled that it did not conform to the Reconciliation criteria.

Constraints on the administration’s agenda also arise from the independent judiciary, but the judiciary may also enable Presidents when it ratifies the legality of actions contested by opponents. The courts A federal District Court in Texas, supported by the 5th U.S. Circuit Court of Appeals and subsequently the Supreme Court, reinstated President Trump’s Migrant Protection Protocols, also known as the “Remain in Mexico” policy. Even as it appeals the ruling, the Biden administration must force migrants at the southern border to wait in Mexico pending their asylum hearing. Trump attempted to end the Temporary Protected Status (TPS) program for immigrants that had been created in 1990 but was blocked by lawsuits. Biden has used his authority within the program to include new countries and longer time periods. Regarding Deferred Action for Childhood Arrivals (DACA), the Supreme Court in June 2020 agreed with lower courts’ rulings that the Trump Administration had not properly terminated DACA, therefore it was still in effect. But in July 2021 a US District Court ruled that the creation of DACA by the Obama Administration in 2012 was unconstitutional since only Congress has the power to legislate.

The Biden administration has proposed a revised DACA utilizing Executive regulatory powers to comply with the Supreme Court ruling that DACA itself is constitutional as well as the District Court’s ruling about the process of creating it. Trump’s family separation policies were ruled illegal by a U.S. District Court, with the U.S. government ordered to provide mental health services to the children and families by another U.S. District Court in Los Angeles. Thousands of families were affected and lawsuits seeking compensation are being filed; the Biden administration is discussing how to settle these cases in a quick and just fashion.

Pushing the agenda through Executive Acts

Though the legislative route appears stymied, a President can make policy via Executive acts and the way statutes are implemented. Biden has been quite active on this front, with decisions that affect migrants in general, asylum seekers, and work visas.

Biden is following the Obama and Trump administrations’ efforts to fast-track legal processes in ‘dedicated dockets’ to determine whether individuals and families qualify to remain in the US. But the program is running into the same obstacles faced by his predecessors: not enough judges, lawyers, or administrators to handle the expedited but still massive workload.

Trump utilized a public health measure, Title 42 administered by the Centers for Disease Control and Prevention (CDC) to immediately deport migrants before they could apply for asylum. The Biden administration ended its application to unaccompanied children crossing the border, but in the face of rising migrant flows, has used it to expel adults and even families. That decision has been controversial among Biden partisans and the success of anti-COVID measures are weakening the public health rationale for expelling undocumented migrants. The fact that most Latin Americans have received the Russian vaccine, however, and the effectiveness of that vaccine has not been accepted by the US, ensures that COVID issues will continue to impact migration issues at the border.

The Central American Minors (CAM) program, created in 2014, provides a way to bring at-risk children from Guatemala, El Salvador and Honduras to the US. Trump terminated it in 2017 but in March 2021 Biden reopened CAM, expanding it in June 2021. The Deferred Enforced Departure (DED) program gives the President discretion to grant it to categories of undocumented immigrants from specific countries. Trump granted DED to Venezuelans until July 20, 2022 and removed Liberia from the list of beneficiaries on January 10, 2021. Biden reinstated Liberia through June 30, 2022 and has extended it to Hong Kong to February 5, 2023. Immigration-related fees for up to 70,000 Afghan evacuees who are being resettled in the US have also been waived.

In the area of work visas, the Biden administration settled a class-action lawsuit against a Trump policy and will reduce barriers to fee waivers for spouses of H-1B and L-1 visa holders and allow them to receive their own work permits.

A regional strategy must be part of a humane and effective immigration policy. There is already a regional reality of mass migration flows stimulated by economic, social, political and criminal factors. Decreasing the volume of migrants, as well as enhancing the attractiveness of staying closer to home in neighboring countries can help meet their needs and mitigate the pressure in the US on administrative and economic resources dedicated to immigration issues.

The challenges for the Biden administration on this point are to increase the economic and make more effective the administrative aid already offered by the US, as well as convince US immigration advocates that such efforts can work and must be an integral part of a policy that would survive changes of presidential administrations.

On February 2, 2021, two Executive Orders were issued, one calling for the development of a “Root Causes Strategy” and the other for the development of a “Collaborative Migration Management Strategy”; both strategies were unveiled in July 2021. The first identifies, prioritizes, and coordinates actions to improve security, governance, human rights, and economic conditions in the region. It integrates various US government tools, including diplomacy, foreign assistance, public diplomacy, and sanctions. The second is ‘focused on strengthening cooperative efforts to manage safe, orderly, and humane migration in North and Central America.’

Biden’s domestic agenda is in danger of collapse given the lack of unity within his party and the increasingly likely Republican control of at least the Senate after mid-term elections next year.

David Mares is Distinguished Professor at the University of California, San Diego, where he also holds the Institute of the Americas Endowed Chair for Inter-American Affairs. He is also Non-Resident Scholar for Latin American Energy Studies at the James A. Baker III Institute for Public Policy and a member of the Council on Foreign Relations and the International Institute for Strategic Studies.