Why we need a green social contract to make decarbonisation just

The green transformation will have far-reaching socio-economic implications. Action is needed to ensure domestic and international social equity and fairness – and prevent populist backlash

As a climate policy researcher, I am often asked: what is the biggest obstacle to decarbonization? My answer has changed profoundly over the last couple of years. Before, I used to point to a complex combination of a lack of cost-competitive green technologies and an absence of political will. Today, I point to something else. Something less tangible, but possibly more challenging: the absence of a green social contract.

The green revolution is already unfolding, driven by a stunning reduction in the cost of green technologies and by a global momentum for climate neutrality by mid-century. So, one might ask: as cheaper green technology and unprecedented political green ambition rapidly converge, what could possibly go wrong? Unfortunately, the situation is not as simple as it seems. The more it advances, the more decarbonisation will reshape our economies and impact our lifestyles. Nothing will be left untouched in the process: the green world will be profoundly different from the one we know today. 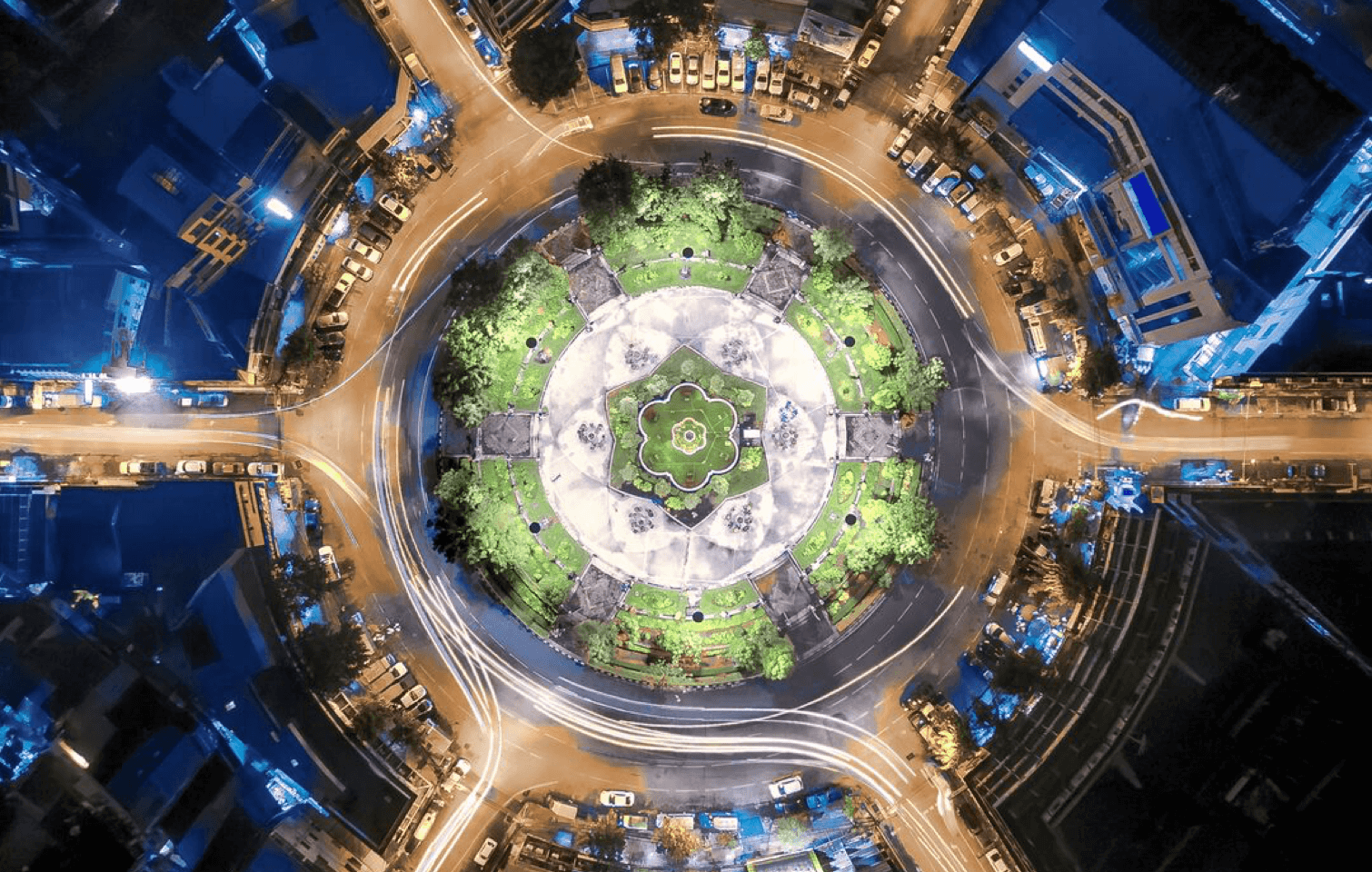 Such a radical transformation will also raise questions about who should bear the cost of climate action, both within countries and between countries. This will draw attention to the necessity of ensuring that the cost of climate action does not disproportionally fall on the most vulnerable, exacerbating inequality. Climate action should, in fact, be designed in a way that improves social equality. And this is precisely what a new green social contract should be about.

The French experience with the so-called “Yellow Vests” movement represents the clearest example of the perils and political headwinds that governments worldwide may face as they try to wean their citizens off fossil fuels. The French government was right to introduce a price on carbon in transportation, as this is an essential step to decarbonizing this, and all other economic sectors. But it would have immediately translated into higher gasoline and diesel prices, hitting hardest people outside French cities who were already feeling the pain of stagnating incomes and who do not have the same mass transportation options as urban residents. Should the design of the carbon tax have included compensation mechanisms to cushion the blow for the most vulnerable, the backlash could have been prevented.

This is exactly what a group of economists including 28 Nobel laureates and four former Federal Reserve chairs – among them Janet Yellen – have been calling for in the United States: the introduction of a robust carbon tax, together with a compensation system to ensure that the most vulnerable benefit financially by receiving more in “carbon dividends” than they pay in increased energy prices.

This discussion illustrates how important it is to include equity and fairness considerations into the design of climate policies. Even in Europe, the global climate policy frontrunner, support for climate measures is broad but shallow. In a recent survey conducted over eight European countries, the Open Society European Policy Institute found that nearly all voters are happy to buy less plastic, though far fewer are keen to pay more for fuel or flights. In short, as climate policies will become stronger, new “Yellow Vests” kind of movements might emerge across the continent. Populists might find in climate policy their new flagship issue, arguing this is a policy of an urban elite that ultimately gets paid by ordinary citizens. This might make it politically more dangerous for mainstream parties to really go green, as parties on the extremes offer voters an easy alternative. A new green social contract should prevent such political vicious cycle.

In the United States, President Biden has made “environmental justice” a key priority of his Administration. This concept relates to the need of addressing the fact that the impacts of climate change and environmental degradation are far more acute on communities of color, tribal lands, and low-income communities. With the Executive order of January 27, 2021, the President took initial steps to coordinate investment and other efforts to assist coal, oil and natural gas, and power plant communities. On top of this classical “just transition” initiative, the President also took action to streamline “environmental justice” in the different federal agencies and to deliver – with the “Justice40 Initiative”- on its campaign promise to devote 40 percent of the overall benefits of climate investments to disadvantaged communities. On March 31, 2021, President Biden announced the “American Jobs Plan”, a wide proposal dedicating over $2 trillion to create jobs through repairing and upgrading infrastructure, revitalizing manufacturing, and valuing the caregiving economy. The plan targets 40 percent of the benefits of climate and clean infrastructure investments to disadvantaged communities, addressing several “environmental justice” issues, such as the greater health risks associated with pollution and higher proportional costs for basic energy needs.

In short, President’s Biden “environmental justice” action aims at socially assist and environmentally protect disadvantaged communities, economically revitalize their territories and make sustainable alternatives available. So far, President Biden’s plans do not include the introduction of a federal-level carbon pricing system, but as John Kerry recently stated, “President Biden believes that at some point in time, we need to find out a way to have a price on carbon that is effective”. And Congress is active on this front. In April 2021, U.S. Representative Ted Deutch and co-signatories reintroduced the “Energy Innovation and Carbon Dividend Act”, a bill which would introduce a carbon price and evenly distribute its revenues to all Americans as monthly payments. Always in April 2021, U.S. Senator Whitehouse and co-signatories reintroduced the “American Opportunity Carbon Fee Act”, a bill that would also introduce a carbon fee, the revenue of which would be used to offer workers a tax credit and to deliver financial support to the states to assist them in dealing with the costs of climate change and transitioning to a low carbon economy. 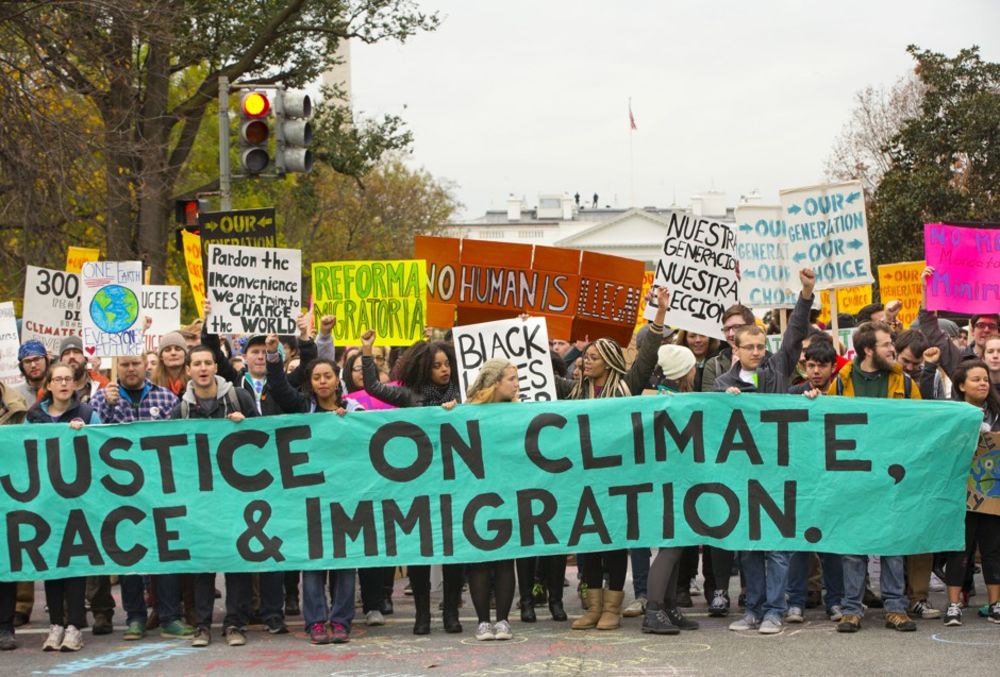 Equity and fairness considerations go well beyond national boundaries. As developed countries scale-up domestic climate actions, they will likely introduce measures – such as carbon border taxes – to ensure that their industries do not suffer uneven competition from competitors based in countries with weak climate policy.

Already in the initial stages of development in the European Union, the introduction of such measures was also pledged by Joe Biden during the campaign. Boris Johnson is now considering using his G-7 presidency to try to forge an alliance on carbon border taxes. But the introduction of carbon border taxes could impact the economies of the poorest countries. A recent survey conducted by the Konrad Adenauer Stiftung to explore the perceptions of policymakers in different countries in the Asia Pacific illustrate how carbon border taxes are perceived as discriminatory towards developing countries and protectionist.

As with domestic carbon taxes, this problem can be prevented by taking into consideration equity and fairness in the design of the measures. One option would be to exempt the poorest countries from border charges. Another would be to use the revenues from carbon border taxes to scale-up international funding for green projects in these countries. This discussion should be at the core of the international dimension of the new green social contract.

Thanks to green tech developments and political momentum, the world finally has a chance to reverse its failure to tackle climate change. We now need to make sure that climate action is designed in a way that improves social equality. Policy solutions exist, but they require proper debate and careful implementation.

At the domestic level, countries can learn from France, which reacted to the “Yellow Vests” crisis with the launch of the Citizens’ Council on Climate – an experiment in direct democracy aimed at identifying solutions to foster decarbonization while ensuring social equity and fairness. At the international level, this can be done by putting climate equity and fairness at the core of the forthcoming U.N. climate talks in Glasgow. Such actions are fundamental to ensure long-term social support for the green transition, and to prevent its derailing – which would have catastrophic consequences for the planet. The time for a new green social contract is now.

Simone Tagliapietra is a research fellow at the Bruegel think tank and an adjunct professor at the Catholic University of Milan. He authored "Global Energy Fundamentals" (Cambridge University Press, 2020).

Biden and Europe, values and interests

G7 and NATO: At the Crossroads of History