The Growing Estrangement between Washington and Beijing

The Trump years have not been a good period for relations between the United States and the People’s Republic of China (PRC). There are rising tensions involving multiple strategic and economic issues, and several of those disagreements appear to be intractable. Indeed, knowledgeable observers now worry about the prospect of a full-blown cold war between Washington and Beijing. Some experts even speculate that the two countries may be caught in a Thucydides trap—the historical pattern in which an incumbent hegemonic power seeks to stymie the challenge to its dominance by a rising great power, frequently leading to a major war. Avoiding that outcome will not be easy, however, given the number of contentious issues that defy easy solutions. 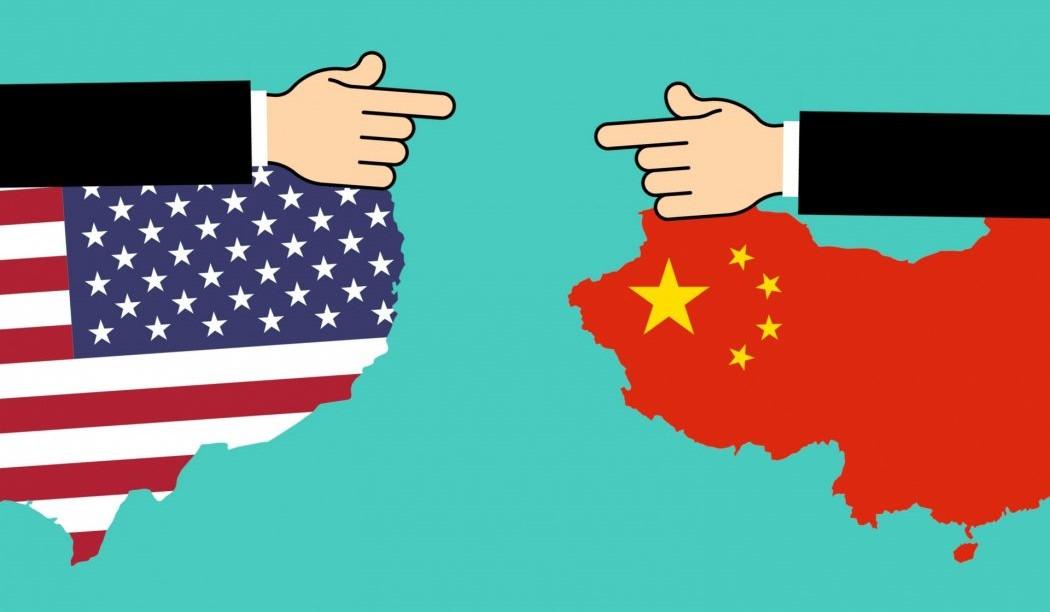 The source of bilateral animosity that has attracted the most attention over the past two years is the escalating bilateral trade war. Chinese leaders charge that the Trump administration is responsible for the breakdown in commercial amity, and much of the Western press adopts a similar interpretation. There is no question that Donald Trump is an unabashed economic nationalist and has taken a hard line in trade negotiations with Beijing. Indeed, his position on trade issues globally has been perhaps the most consistent component of his proclaimed America First foreign policy.

The ongoing diplomatic duel of retaliatory tariffs has certainly not benefitted consumers in either country or been healthy for the global economy. But resentment at various Chinese practices – from currency manipulation to intellectual property theft to unfulfilled promises to open its domestic market to more American manufactured goods – has been building in the United States for years, and it is not confined to Trump or the Republican Party.

Without a greater willingness on Beijing’s part to make key concessions, the trade war is likely to continue – perhaps even beyond the years of the Trump presidency. That would be an especially unfortunate development, since the extensive economic ties between the two countries create an important buffer preventing tensions over geostrategic issues from getting out of hand. Unlike the cold war between the United States and the Soviet Union when the two powers had minimal commercial links, the economic relationship between China and the United States is vast and mutually lucrative. It would be extremely costly for both sides to let that relationship become a casualty in the wider strategic rivalry. But that dampening influence is being put to a severe test as bilateral tensions grow worse. Four areas are especially worrisome: the Hong Kong disorders, the South China Sea, Taiwan, and the PRC’s mounting overall military capabilities.

Hong Kong developments constitute the most recent addition to U.S.-PRC troubles. President Trump seems determined that the United States will not bash Beijing for how the PRC appointed Hong Kong administration handles disruptive pro-democracy demonstrations. Indeed, he is receiving pointed domestic criticism for that “hands off” attitude. Despite Trump’s conciliatory efforts, Chinese leaders suspect that the United States is fomenting much of the trouble. The sight of demonstrators waving American flags has greatly irritated PRC officials.

Moreover, as the New York Times points out, there have been “statements of support for the protests from congressional leaders and Democratic presidential candidates, and meetings between Hong Kong opposition figures and administration officials.” Chinese officials were especially furious about such a meeting in Washington with Vice President Mike Pence and then-national security adviser John Bolton. Pence added to Beijing’s annoyance by publicly admonishing China to respect Hong Kong’s laws and autonomy.

Mounting congressional support for the pending Hong Kong Human Rights and Democracy Act is heightening PRC concerns and anger. That measure not only expresses congressional backing for the agenda of pro-democracy demonstrators, but it raises the prospect of imposing economic sanctions if Chinese authorities implement a brutal crackdown. Following approval of the legislation by the relevant committees in both houses of Congress, Beijing threatened to adopt retaliatory measures if the bill becomes law. Given the growing domestic political pressure, Trump may find it difficult to avoid a confrontation with the PRC if Beijing intervenes and crushes the Hong Kong demonstrations. At a minimum, he would likely have to impose economic sanctions on China.

An even more dangerous U.S.-PRC confrontation may be building over Taiwan. Incumbent Taiwanese president Tsai Ing-wen has been able to revive her flagging political fortunes and those of her pro-independence Democratic Progressive Party by vocally backing the democratic aspirations of the Hong Kong demonstrators. That stance, however, has enraged PRC leaders.

A Tsai victory in the January 2020 election is now a serious possibility, even though such an outcome would lead to a spike in Taiwan Strait tensions. Her re-election might well cause Beijing to conclude that achieving Taiwan’s reunification with the mainland by peaceful means is no longer feasible. PRC policy already became decidedly more confrontational during Tsai’s first term, with a sharp increase in Chinese military exercises near the Taiwan Strait and a steady stream of vitriol directed against Taipei. The PRC also has increased its efforts to poach Taipei’s remaining diplomatic partners, a campaign that accelerated dramatically in recent weeks, as Beijing enticed both the Solomon Islands and Kiribati to sever diplomatic relations with Taipei.

As China adopts a more hardline policy toward Taiwan, there are multiple signs of a more active and supportive U.S. policy regarding the island. The Trump administration reacted negatively to the decision of Solomon Islands to transfer diplomatic relations to Beijing. More important, for the first time since Washington established formal diplomatic ties with Beijing in 1979, high-level U.S. security officials are meeting with their Taiwanese counterparts. The Trump administration also has approved a multi-billion-dollar arms sale to Taiwan that includes sophisticated F-16 fighters.

The United States already is entangled in the dispute about reunification and Taiwan’s political status. Under the 1979 Taiwan Relations Act, Washington made a commitment to provide Taipei with “defensive” weaponry and to regard any coercive moves by Beijing as a threat to the peace of East Asia. Intensified PRC pressure on Taiwan will cause further tensions in the already delicate US-China relationship. Any PRC military move against Taiwan would be even worse, creating an immediate, potentially lethal, crisis between Beijing and Washington.

Another arena of growing tension is the South China Sea. Washington had adopted a hostile policy regarding the PRC’s expansive territorial claims in the South China Sea even before the start of the Trump administration, and it has grown even less compromising since then. US officials are especially agitated about and repeatedly condemned the PRC’s creation of artificial islands, especially China’s building of airstrips and other military structures on those islands. The US Navy also has increased the frequency of its patrols throughout the region and explicitly labeled them “freedom of navigation” patrols, implying that the PRC poses a threat to that important US strategic interest. Beijing, in turn, has reacted angrily to the growing US naval presence so close to the Chinese homeland, condemning the patrols as a serious provocation. Those warnings have become more shrill and insistent, but Washington shows no signs of backing down. The bilateral confrontation in the South China Sea may not be as dangerous as the potential for a clash over Taiwan, but the developments are troubling nonetheless.

Lurking in the background of the specific quarrels is Washington’s worry about Beijing’s steadily increasing military capabilities. As I discussed in a previous Aspenia article, the PRC’s military buildup and modernization has reached the point that U.S. policymakers and defense planners are paying very close attention. China has focused especially on developing potent anti-access, area denial (A2/AD) capabilities in recent years. Deployment of a new generation of anti-ship missiles and torpedoes, surface to air missiles, and aerial defense systems, is central to that strategy.

Such weapons increase the vulnerability of US forces if Washington contemplates intervening militarily in the Taiwan Strait, the South China Sea, or elsewhere in the western Pacific. Beijing’s apparent expectation is that it can raise the risk level to the United States high enough so that US leaders will have to reconsider the strategy of trying to maintain US primacy in the region. It is not an unrealistic goal. Matching or even exceeding Washington’s air and naval power throughout the western Pacific, especially in the PRC’s immediate neighborhood, may well be attainable within the next few years. Indeed, in one simulated naval war game in 2016 involving a South China Sea showdown, U.S. forces lost following extremely destructive fighting. The matchup would be even more problematic and potentially catastrophic today.

The array of worrisome developments in the bilateral relationship underscores the importance to both countries of working to escape the Thucydides trap. It undoubtedly will be difficult to do so, but a benign outcome is not impossible. As the incumbent leading global power, Britain faced a similar challenge in the 1890s and early 1900s from a rising United States, and was able to avoid a disastrous conflict. Granted, it was easier for two democracies to resolve disputes than it is for a democracy and a highly autocratic power. Nevertheless, both Beijing and Washington have vital stakes in preserving a peaceful relationship, and it is imperative for them to make the requisite effort.