As far as I can see, the dominant word on the energy and environment front as 2020 draws to a close is “uncertainty”. The term will likely remain dominant throughout 2021 as well. This uncertainty concerns a variety of different factors and practically every sector and area on the planet. Europe is the only geographic and political region that appears to have clear ideas. It has made massive resources available to fuel post-Covid recovery and it has pointed with considerable clarity to the investment guidelines to be adopted: a green economy, digitalization, infrastructures. Yet despite that, uncertainty also hangs over Europe, just as it does over the rest of the world. 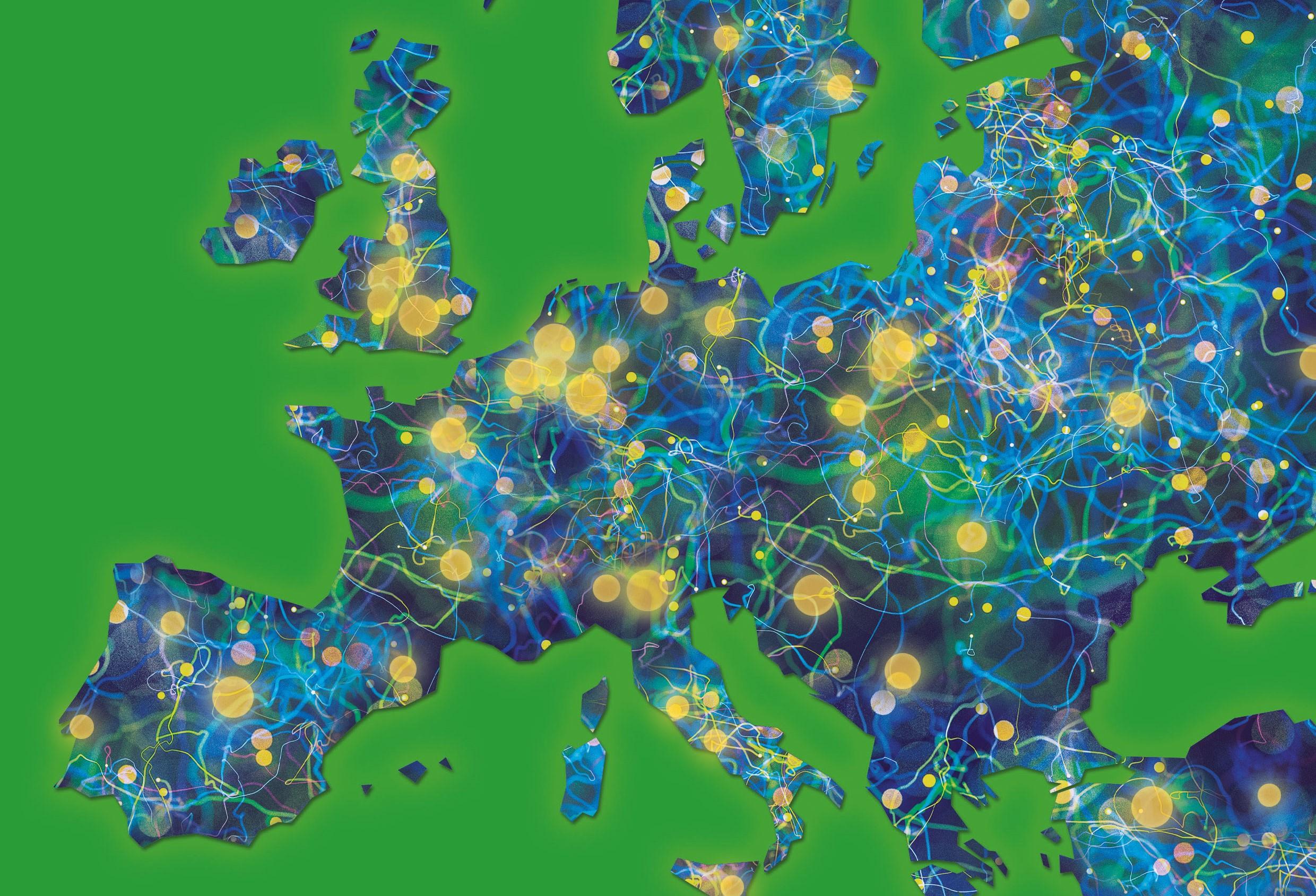 POST-COVID QUESTIONS. The first element of doubt obviously concerns the post-Covid era itself. Is there even going to be a post-Covid era? And when is it going to start? Or are we going to have an ongoing, creeping epidemic situation with major distinctions and speeds, different degrees of distancing and other containment measures? And, if so, what shape is the wished-for economic recovery going to take? A “V”, a “U” or a limp “L”? Are we going to see a certain uniformity, or are the existing differences between countries going to remain, or even grow?

I would point out that, where energy consumption is concerned, countries have all been hit seriously and recovery is looking very slow. The transportation industry – and air travel in particular – is in especially dire straits.

The price of oil, which is low on a fairly stable basis, is certainly behind one of the areas of uncertainty leaders and populations are dealing with around the world. Is this going to stimulate consumption and lead to a delay in the implementation of green policies, or is the drop in the profitability of existing oil fields and of those that have potential for development going to prompt a decrease in investments and thus a gradual withdrawal from the king of fossils?

Other uncertainties are geopolitical in origin. The first, naturally, concerns the United States: political developments there are going to have a huge impact on Europe, precisely as regards how best to work towards the Green New Deal. If Biden wins, for example, Europe will likely have a stalwart partner in favor of decarbonizing the economy. Biden’s agenda broadly coincides with Europe’s planned environment policies, with the addition of a return to carbon-free nuclear energy, albeit in the shape of smaller and thus hopefully cheaper and safer plants. Trump’s energy policy, on the other hand, is common knowledge, as indeed is his aversion to cooperating with Europe in general. One of the current president’s remarks about California – a state forced to adopt a rolling blackout – is telling: He accused the Democrats governing the state to be seeking “to put the American people in the dark” on account of their unbridled passion for renewable energy sources.

And then there is China. With its estimated 1% growth for 2020 (a poor result in comparison with the recent past), the country has nevertheless ironically seen its distance from the rest of the world increase; the rest of the world is slashing its growth forecasts by up to 10% and over. Still, China certainly cannot consider itself satisfied where growth, modernization and innovation are concerned. Even though China has been pursuing quality improvement goals both with regard to a general shift toward technologically more advanced sectors and in environmental terms with massive investments in renewable energy sources, the Asian giant still needs to maintain a growth rate of over 5% to meet such objectives. It can only do that if it continues to invest in its role as an export-based economy and as the world’s factory. That, however, is going to cause considerable commercial attrition both with the United States and with Europe. As things stand today, the world’s huge energy needs are still being met for the most part by coal and oil.

STAYING ON TRACK. Europe cannot ignore these factors when assessing the strength and incisiveness of its Green New Deal; it especially cannot ignore the reactions or the conduct of the so–called emerging economies, with China and India obviously heading the list. Before the novel coronavirus epidemic broke out (in other words, in 2019), global co2 emissions had reached an absolute peak and showed no signs of dropping. In fact they were continuing to grow ever faster. It took us roughly 200 years, from 1770 to 1970, to push 400 billion tons of co2 into the atmosphere. Yet it took only another twenty years, from 1970 to 1990, to add another 400 billion tons; and only sixteen years, from 1990 to 2006, for the third batch of 400 billion tons; and only eleven years, from 2006 to 2018, for the fourth.

While the West – the eu and the us – has been reducing its contribution to this exponential growth for various reasons, the Asian countries are now abundantly making up for that reduction, adding new net quantities of co2. To fully understand the significance of this – especially looking to the future – we also need to add a figure which does not concern absolute quantities but rather per capita co2 output. While the figures for China are now in line with those for the eu (about 7 tons per person) and still far lower than those for the United States (16.2 tons per person), the figure for India (1.8 t/p) remains relatively miniscule. As virtuous as the West might become, progress and development in poorer regions are bound to keep global emissions levels high. The United States, the eu and Japan are responsible for over 50% of emissions built up in the past. But now, as the more polluting manufacturing industries are being moved into Asia – which has become the world’s factory – the West is merely re-importing, in the shape of manufactured goods, the co2 exported in the shape of manufacturing.

INTERNATIONAL JUSTICE. Clearly, there is a huge problem of international justice involved. Countries with populations of over 1 billion people are obviously going to produce more co2 than smaller countries. The real index that we need to look at is per capita output, given that gdp and co2 travel more or less constantly hand in hand.

It is obvious that China and India do not feel the least bit bound to cut their emissions if doing so slows their economic growth. If their economies rebound spectacularly after the pandemic, what will happen to overall emissions levels? Our experience of the crisis of 2008 teaches us that a slowdown in emissions can be rapidly reabsorbed and indeed increased with economic recovery.

Europe is the area of the world that has set off down the path of decarbonization with the greatest determination, but Europe accounts for less than 10% of the world’s overall emissions, and that figure is already steadily dropping. Therefore, Europe can actually make only a modest contribution to an absolute reduction in emissions – even if it succeeds in achieving the admirable goal of reducing its net contribution to zero. Moreover, the large number of incentives granted to green industries in the past – with renewable energy sources heading the list, to the tune of close to 1 trillion euro for the whole of Europe – have generated no decisive technological progress or any innovative leadership. Aside from the clear implications for the expansion of public spending – hopefully with a positive impact on the European economic area – Europe’s contribution to the global decarbonization process will only count if investment spawns the kind of technological progress that can be used over a vast geographic area, including outside the continent. A few signs pointing in that direction are coming from Germany, for example, which has decided to invest a considerable sum (9 billion euro) in applications for the production of hydrogen, with the aim of significantly reducing its cost.

A ROCKY ROAD, PAVED WITH THE BEST INTENTIONS. The European decision to levy an import tax on goods in proportion to their co2 content has yet to be analyzed in any depth: quite apart from the difficulty in gauging such a tax, there could well be unintended consequences. If the tax were high enough, one positive impact could be the return to Europe of manufacturing that currently takes place abroad (because it is more cost-effective). Another good outcome could be an improvement in co2 levels for countries that export to Europe.

Potentially however, the negative consequences are just as clear. First of all, rising costs would mean higher prices for European consumers, with a negative impact on tax revenue. Secondly, an equal and contrary response could be sparked from countries that export to Europe. Import duty – even if its purpose is “green” – is still import duty; it impacts trade between countries. China, for example, might well respond (as indeed it is already doing in its tariff war with the United States) by levying equal and contrary duty on goods exported by Europe.

*This article was published on Aspenia magazine 89-90

Chicco Testa is a journalist, writer, entrepreneur and manager. He has authored several books about environment and energy. From 1996 to 2002 he was Chairman of the Board of Enel Spa.

Waste is a terrible thing to mind