Waste is a terrible thing to mind

Several years ago, Kentucky Fried Chicken changed its name to “KFC”, jettisoning the word “fried”, which had come to read like an advertisement for arteriosclerosis. Not long after, British Petroleum changed its name to “BP”, avoiding clear reference to a fossil fuel. These similar (and similarly motivated) rebrandings inadvertently underscore how much our energy and food systems – both essentially suppliers of calories for burning – are interconnected and, in fact, resemble each other.

The onset of the Covid-19 pandemic dramatically disrupted both sectors. The mileage driven, and thus the gasoline guzzled, by the average American each week fell by as much as 60% in the early weeks of the pandemic, and is still about 20% below pre-pandemic levels. Meanwhile, with food in the United States traveling an average of 1,000 miles from farm to table, transportation consumes ten times the energy equivalent of the food that it delivers. 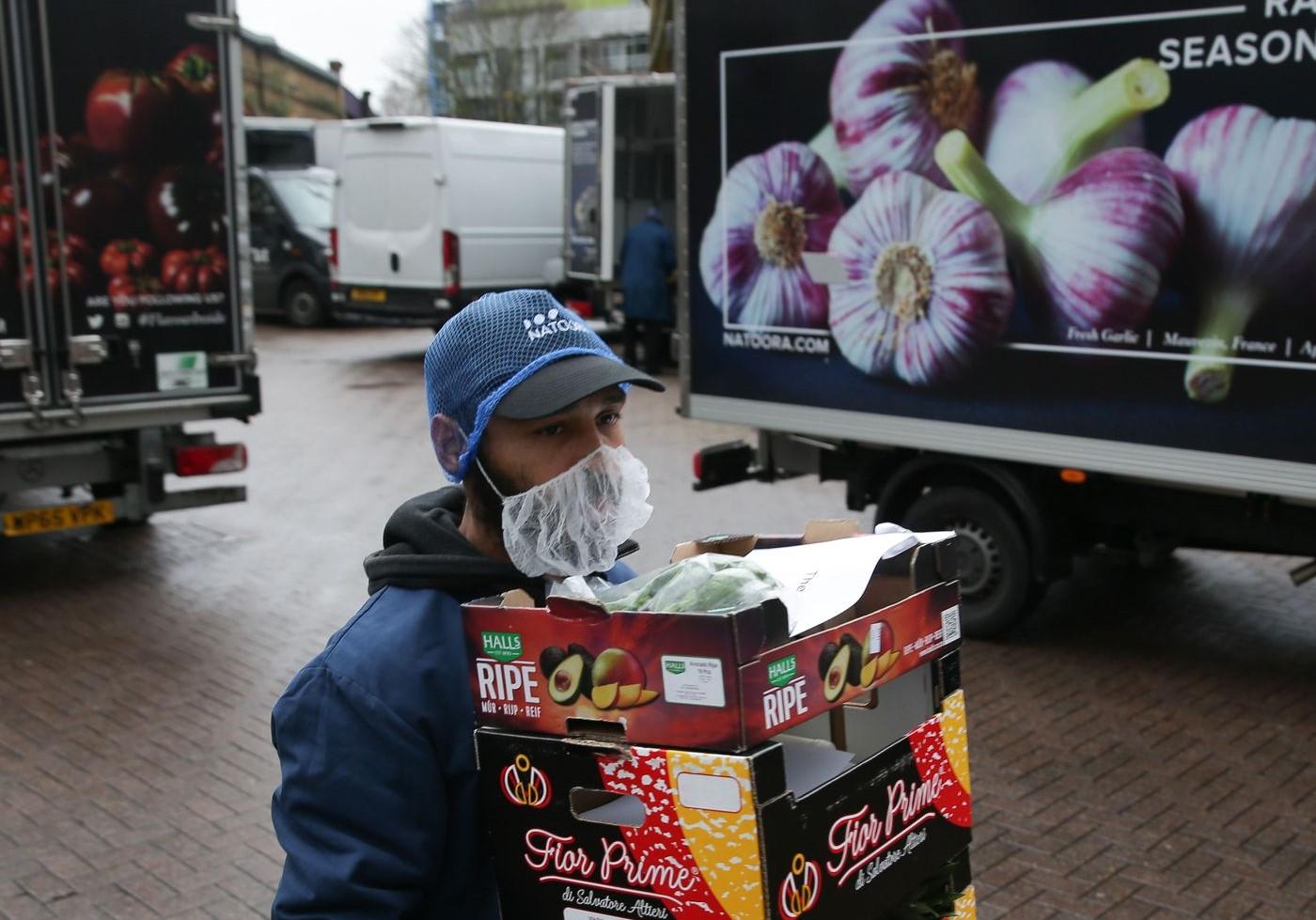 AMERICAN LIFE. The large-scale, centralized distribution system upon which the American food supply depends has suffered severe breakdowns during the pandemic, from the fields where crops are grown to the factories where meat is processed, to the markets where both are sold, to the restaurants where they are served, and even to the delivery services that now bring them directly to our doors. This is largely because, at all these points in the process, the workers are low-paid – generally racial minorities and immigrants – and forced[1] to work, even in normal times, in often subhuman and unsafe conditions. The virus has disproportionately disrupted these “low-road” energy workplaces and systems on which the current American lifestyle depends.

This lifestyle and its consumption patterns were based on externalizing the costs to the planet by making both the product and its inputs, including human labor, disposable. In the short term, the virus’ effect has been to demand more disposability – paper menus and plastic utensils to be thrown out after each meal, single-use containers and take-out packaging to be tossed, more “essential workers” to be exposed to danger and death on behalf of others.

But the pandemic has also literally brought to Americans’ doorsteps the mountains of trash, and the mounting human costs, of the country’s consumer-goods and food distribution systems. This has served to make the unsustainability of such an economy more immediately, and literally, visible. It is no coincidence that this was the summer of discontent in which the vast majority of Americans suddenly realized that people of color really do get the short end of the stick.

Meanwhile, US government surveys indicate that half of the record number of newly-unemployed Americans don’t expect their lost jobs ever to come back. They’re probably right: the 2008-09 Great Recession hastened the conversion of many jobs to automation, and the pandemic is doing the same, but even more swiftly.

In the very near future, then, we will need to find brand new areas for job creation and economic opportunity. From where might such new piles of currently invisible raw economic material come? From our most abundant, and underused, resource: waste.

THE VALUE OF WASTE. Huge amounts of waste are built into the very nature of our economy. As a brilliant National Geographic graphic demonstrated in a March 2020 feature article, 90% of inputs to the global economy each year are extracted from the Earth, while only 10% come from recycling resources extracted previously. About one-third of the resources consumed are “biomass” – for not just food (which accounts for just two-thirds of biomass use) but also for wood and paper products, and even for a small portion of healthcare and other goods – and thus renewable in a “Circle of Life” sort of way. Two-thirds become, in the magazine’s words, “dispersed into the environment as unrecoverable waste,” or, put another way, “pollution – the carbon from fossil fuels, for example.” As for the fossil fuels themselves, they represent roughly 20% of what we pull out of the planet each year and nearly one-third of what we dump back as waste.

That’s a lot of waste. (And that doesn’t even include what we pour into landfills or incinerate, which amounts to another 2% of economic “output”.) Every ounce of that waste – and we’re producing more than 67 billion tons of it each year – is a wasted opportunity. It is a material good that is being discarded because we could only figure out how to use less than one-third of what we started with. Efficient economies make productive use of all their resources. Hunter-gatherers, for instance, are famous for letting virtually no part of an animal carcass go to waste: meat is eaten, inedible sinews are used for bowstrings, hide is turned into clothing or shelter, bones and antlers become tools, weapons and musical instruments. In contrast, we waste most of what we extract, and throw away most of what we produce. There is only one human activity in which making good use of your opportunity less than one-third of the time is considered a commendable performance, and that’s as a batter in the sport of baseball.

MINDING OUR WASTE. In fact, this understates the waste problem – and opportunity – in our economy. As the co-founder of Zipcar, Robin Chase, realized, most Americans own an asset that sits idle – and thus is being wasted – for roughly 23 hours a day: their car. Her insight was that that represented a tremendous store of value that could be, rather literally, unlocked by letting others use it. Similar logic applied to Uber, Airbnb, and countless other internet-based innovations, as well as other less-heralded economic arrangements: for example, factory production lines can be leased out late at night to specialized companies for small production runs, or computer capacity can be shared for scientific use and bitcoin mining. Even vacation timeshares classify.

The point is this: There is tremendous economic value locked up in “waste” – value that we are literally throwing away – and today’s technology increasingly allows us to capture it. Since we are wasting far more than we are producing, we can produce more value, more growth, and more jobs by increasing the efficiency of our current use of resources than by increasing the amount of resources we consume.

It is thus time to see environmental consciousness and economic growth as synergistic rather than in conflict. What would this look like in concrete terms?

GET SMART. John Maynard Keynes hypothesized a similar phenomenon, in which governments could stimulate the economy by printing large sums of money and burying it at the bottom of a deep pit, which would provoke equally large expenditures on equipment and wages to dig it up. Of course, Keynes’ sarcastic point was that, while burying our assets under mountains of trash would generate economic activity, making investments that last into the future is a far smarter use of those assets. It’s time we recognize that the notion that increased efficiency and conservation represent a retreat to the Stone Age – that, at best, “it means we will run out of energy a little more slowly”[4] – is really a stone-age idea itself.

[1] Eric Schnurer, The price of freedom: “essential” turns out to be not an honorific but an obligation, The Hedgehog Review, May 21, 2020.

[2] See indiegogo.com and mordorintelligence.com for more on this project.

[4] Ronald Reagan said this in announcing his presidential candidacy on November 13, 1979.

*This article was published on Aspenia magazine 89-90

The pandemic and the power sector