Fear of inflation – a new era or a temporary burst?

The US, and to a lesser extent the UK and the Eurozone, have shown clear signs of a rather significant rebound in inflation after many years in which the central banks found it very difficult to raise the low dynamic of prices and bring it to the 2% level identified by the central banks as the “ideal” level of inflation.

Markets, analysts, households and policy makers are now looking at the recent monthly consumer price index (CPI) data with some concern. The US Federal Reserve, the Central Bank of England and the European Central Bank have all issued statements to alleviate such concerns, clarifying that no change in the low-rate policy and Quantitative Easing (QE) will take place for at least several quarters. Such statements were reinforced by the Fed, which in the last few months has reviewed its policy objectives and has now declared its willingness to accept an average of 2% inflation over a long period of time (left undefined), changing its traditional stance of 2% as the maximum acceptable level. Nonetheless, the US inflation reading for the month of June (CPI increased by 5.4% and core-CPI 4.5% in June 2021 over June 2020) has brought the issue back to the fore. What should we expect on the inflation front? Are we entering a new era of inflation, leading to a new monetary policy regime, or is this a temporary increase? 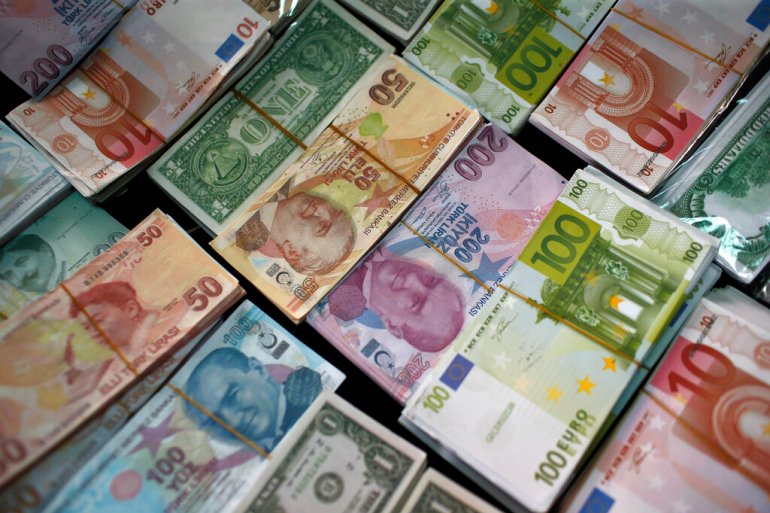 While a shift to a new policy regime with much higher and more volatile inflation is a risk that cannot be ignored, a more plausible outcome is a new era of slightly higher inflation within the current targeting regime of the central banks.

Two distinct eras have characterized the broad inflation targeting policy regime of the past 25 to 30 years. Before the global financial crisis of 2008-09, CPI inflation typically averaged just above 2% in most advanced economies, and the central banks’ policy rates went up as well as down. In the post-crisis era, inflation has been lower and less volatile, despite ultra-accommodative monetary policy.

The shift from the first to the second era around the global financial crisis reflected two broad developments.

1) The first cause of the shift was simply the emergence of a more demand-deficient environment. Factors such as a savings glut, the high level of private and public indebtedness, some austerity measures, the banking sector deleveraging process which reduced credit availability and, last but certainly not least, a lack of space for conventional monetary policy (making it very difficult for central banks to go below the “neutral” interest rate), contributed to creating a period of demand-deficient environment, dampening inflationary pressures.

2) Weak demand was exacerbated by inflation becoming less sensitive to bursts of activity, making it harder still for central banks to raise inflation back toward the target. Central banks had previously been very successful in anchoring inflation with guidance policy that reduced expectations of higher inflation during bursts of demand. Indeed, the central banks have become victims of their own success. The decline in inflation after the global financial crisis partly reflected greater credibility in the central banks – when inflation is not expected to shoot higher, firms are less likely to hike their own prices and wages are less likely to increase, both lessening the need for monetary policy tightening. In addition to limited conventional policy space, partly caused by the decline in the “neutral” rate of interest, the transmission mechanism of policy rate cuts became less effective at boosting growth and inflation, mostly due to the factors outlined above and despite central bank experiments with unconventional policy measures – such as QE and (slightly) negative rates.

Most of these structural inflation-taming factors are still firmly in place, along with the aging population that has been a background factor over the last three decades and is now beginning to materialize also in some large emerging countries such as China. Other factors, such as improved banking sector financial conditions and higher household spending capacity, have turned out to be potential support to price increases. All in all, the factors putting a break on price hikes appear to be largely predominant compared to those that could push prices higher. The latter are mostly temporary factors and are likely to last until the end of this year, though possibly less.

Why the recent inflation burst is likely to be temporary

To understand whether inflation is likely to be temporary or if it is here to stay, possibly at a higher level, a few elements behind the recent acceleration in prices need to be analyzed.

The first element is of statistical nature and is known as “base effect”, that is the distortion resulting by the comparison of 2021 prices with those of the “pandemic-affected” 2020 prices. In 2020, prices were kept low by the heavy fall of demand not entirely matched by a parallel fall in supply in many sectors of the economy, both services and industry. With the progressive “normalization” of the economy in 2021 (the return to activity and mobility of workers and consumers), it is “normal” that prices would move toward the pre-pandemic level. As noted by the European Central Bank, this is a relevant but clearly transitory effect – which nonetheless should be kept well in mind when looking at the recent CPI readings.

The second element is the recovery of demand on a global scale. So far, the recovery of demand appears linked to the reopening of the economies and to the cancellation of mobility constraints imposed to fight the pandemic. The current boom in demand is also significantly fueled by the necessary unprecedented fiscal policy stimuli, which are deemed to be temporary. The question mark here is what policy makers will do when the pandemic is over and the economy “normalized”: will they return to their pre-pandemic stance of being attentive to public debt or will they be less stringent than in the past?

The third element fueling current inflation is the combined effect of (temporary) demand recovery and the lack of production capacity originated during the pandemic. Both factors are present in many parts of the global economy conjuring to create bottlenecks, particularly but not only in the US. Such factors are also behind the increase in oil and commodity prices. In fact, the impact of energy prices on inflation is negligible – for example, the oil (Brent) price in the second quarter of 2021 was up by more than 118% on average over the corresponding period of 2020, energy prices were up by 24.5% in June, nonetheless the US CPI index only increased by 5.4% in June (the weight of energy prices is only 7.073 in the CPI basket). Such low impact is due to the negligible dependence of modern economies on energy intensive sectors and  to the taxation imposed (especially in Europe) on energy products, given that a large portion of taxation remains unchanged when energy product prices spiral upward.

Yet another element, the fourth, is the disruption in supply chains (causing a shortage of supply of intermediate products, such as chips, semiconductors, etc.). Disruption in sea-shipping with empty containers blocked by the pandemic in the ports of destination, as well as the Suez Canal blockage episode in March 2021, have added to the supply-chain issues deriving from previous unsynchronized factory closures around the world.

Implications for the post-pandemic world

Looking at the medium term, some factors that have curbed inflation may become less severe or even go into reverse. However, it remains to be seen whether developments such as reduced migration and lower labor force participation are temporary or sustained in nature.

Similarly, while the risks of too supportive a fiscal policy are particularly high in the US, the risk is markedly lower in Europe. In addition, excessively loose fiscal policy will not necessarily lead to higher inflation if central banks keep inflation pressures contained by tightening policy. At the same time, a significant level of fiscal stimuli is not sustainable in the medium term given the high debt accumulated during the pandemic – and the markets’ reaction to excessively loose fiscal policy would most likely (more than) counterbalance the fiscal policies’ expansionary impact on demand. It is therefore unlikely that the pre-pandemic demand-deficient environment will be overturned by significantly expansionary fiscal policies.

In summary, while some disinflationary forces may be easing, they are doing so from a position where still active downward structural forces have been stronger than at any point in the post-WWII period.

Accordingly, jumping quickly from the most disinflationary period since WWII to a 1980s, let alone a 1970s, style-scenario would only seem feasible if there were to be a major shift in the policy environment, i.e. policymakers make a concerted effort to boost inflation, and/or commit significant policy errors over time. While these outcomes have become (moderately) more probable, they are still far from being the most likely scenario.

Monitoring these tail risks is important because of the huge implications that a regime shift entails. Nonetheless, it is far more likely that changes related to the COVID-19 pandemic will trigger a new era with slightly higher inflation and policy rates than in the past decade, but with central banks continuing to keep inflation expectations well anchored. Once the reopening process and its accompanying “mending” expansionary fiscal policies have come to an end, such disinflationary forces will most likely push the economies back to a demand-deficient environment, with the start of a third era of inflation that is essentially halfway between the preceding two eras.

In addition, while the build-up in inflation pressures will allow some policy normalization, real interest rates will remain low or in some economies negative. In effect, a “secular stagnation-lite” scenario is in the cards.