What should Europe’s military priorities be in 2023? National budgets are horribly tight, but Europe is also in crisis. Europeans face perhaps the greatest collective danger since the 1962 Cuban Missile Crisis. 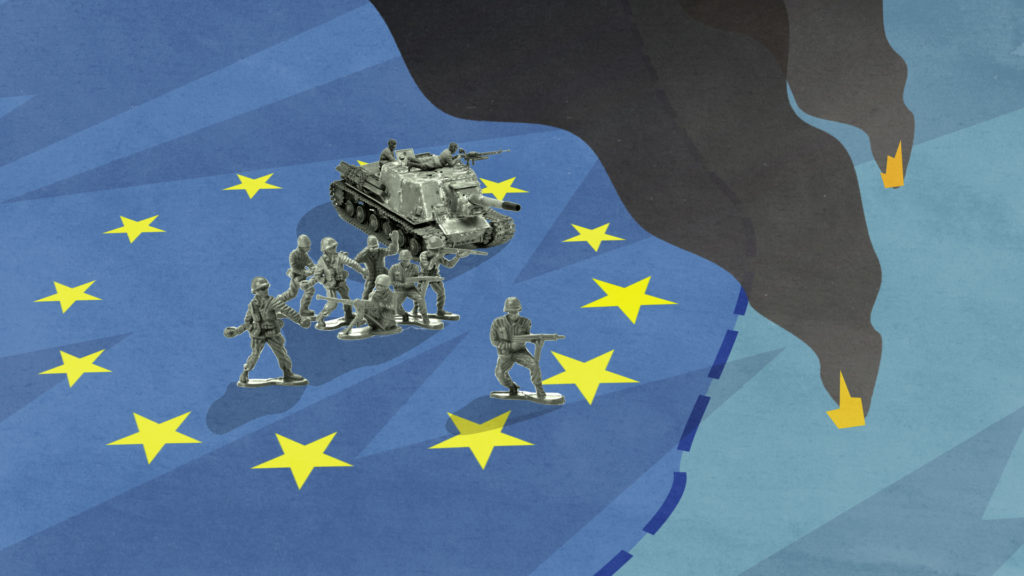 ‘Collective’ is the key word in defending Europe credibly because only through collective action will Europeans be able to afford a credible defence and share burdens for that defence equitably.  A common defence? Not until Europeans have a European government will a common defence be anything but a pious hope. Strategic autonomy? Autonomy is a function of relative power and that means capabilities. The EU’s “Strategic Compass” of March 2022 is an important step forward in the level of strategic ambition required to drive such autonomy but it is for the moment still more words than deeds. In any case, European defence needs Britain. Without the world’s third largest defence spender in 2022 fully engaged European defence would be no defence at all.

Establishing any set of priorities is a political process that also shapes defence planning priorities. Such priorities must also be built on a series of assumptions. Europe’s defence depends on the right assumptions being made by European governments. With war waging in Ukraine and Europe’s southern flank facing continued instability it is clear that European strategy will need to be credible across the diplomatic, informational, military and economic (DIME) spheres. The military tool is but one tool to exert influence and leverage on Europe’s strategic environment. However, it is an important tool which for too long Europeans have allowed to rust.

The two pillars of European defence in 2023 will thus be enhanced military capability and strengthened resilience. That duality also implies an ever closer EU-NATO strategic partnership that is more than simply ‘privileged’. NATO is the only instrument for credible military deterrence and defence whilst the EU is the only instrument for credible pan-European resilience across the hybrid and cyber spheres in the grey zone between civil and military – the space in which both Russia and extremists seek to conduct ‘war’.

Given the centrality of NATO to Europe’s credible defence, perhaps the most important assumption is keeping an increasingly busy America fully engaged in European defence.  That message is loud and clear in the new US National Defense Strategy 2022, even if it is only implicit. Ultimately, that will mean Europeans actively fashioning what I have called a NATO Europe Allied Mobile Heavy Force that is at least the size of a corps (30,000-50,000 units) and capable of operating alongside US forces at the highest end of the conflict spectrum and from sea-bed to space. A force that is sufficiently manoeuvrable to act as a first responder in any emergency to Europe’s east and north, and of sufficient mass to support front-line states dealing with instability to Europe’s south. Europe’s military priorities for 2023 flow thereafter.

First, prepare the force for the coming course. NATO’s Supreme Allied Commander Europe (SACEUR) now has operational command authority over some 42,000 combat troops, 60 plus warships and 100s of combat aircraft now in Eastern Europe as part of NATO’s new posture of Forward Defence (post-February 24, 2022). The NATO Force Model envisions a mainly European force of some 300,000 troops maintained at high alert, with 44,000 kept at high readiness. For the first time all rapid reaction forces under NATO command will also be committed to a deterrence and defence role and all such forces will be consolidated within one command framework. Whilst the new force will also be held at 24 hours ‘Notice to Act’ with the bulk of the NATO Force Structure held at 15 days ‘Notice to Move’.  This would be a marked improvement over the current structure in which some forces are 180 days’ notice to move.

Second, apply the lessons from the Ukraine War. NATO European forces will need for more robust logistics forward deployed, with enhanced and far more secure military supply chains particularly important. Far more materiel is also needed, most notably ammunition. Deployed NATO forces will also need much improved force protection with a particular need to reduce the detectability and thus the digital footprint of force concentrations (‘bright butterflies’). Armour unsupported by infantry is particularly vulnerable as are helicopters. Russian forces have been particularly vulnerable to expendable strike drones and loitering systems allied to precision-guided munitions. Enhanced land-based, protected battlefield mobility will also be needed together with increased force command resilience given how often the Ukrainians have been able to detect and ‘kill’ Russian forward (and less forward) deployed headquarters.

Third, build European military capacity and readiness for both EU and NATO operations. A standard NATO brigade is normally between 3200 and 5500 strong. Given that both air and naval forces are also included in the new NATO Force Model a land force of, say, 200,000 will need at least 50 to 60 European rapid reaction brigades together with all their supporting elements with far more held at a higher state of expensive readiness than hitherto. At best, there are only 20 to 30 today. A force of that size and with the necessary level of fighting power would normally mean that with rotation there would always be a force of some 100,000 kept at high readiness, which will be extremely expensive for NATO European Allies grappling with high inflation, post-COVID economies and Russian-generated energy insecurity. That is precisely why Secretary-General Jens Stoltenberg now says that the NATO Defence Investment Pledge of 2% GDP to be spent by each Ally on defence is “more of a floor than a ceiling”.

One final priority: 2023 must be the year when Europeans begin to properly remove all the barriers preventing effective and efficient military mobility. Those barriers are as much political and legal as physical. The EU’s Permanent and Structured Co-operation (PESCO) could do a real service to European defence if it is given the political weight it so desperately needs.

A regular contributor to Aspenia online, Julian Lindley-French is co-author of “Future War and the Defence of Europe”. He is also Chairman of The Alphen Group, Senior Fellow of the Institute for Statecraft and Fellow of the Canadian Global Affairs Institute.