We are living in an era of polycrisis. Global pandemics, energy crisis, geopolitical tensions and economic shocks are entangled, creating a reality in which the whole is worse than the sum of the parts. The resulting sense of uncertainty and imminent danger results in an increased interest in defense and security matters, especially on the old continent. 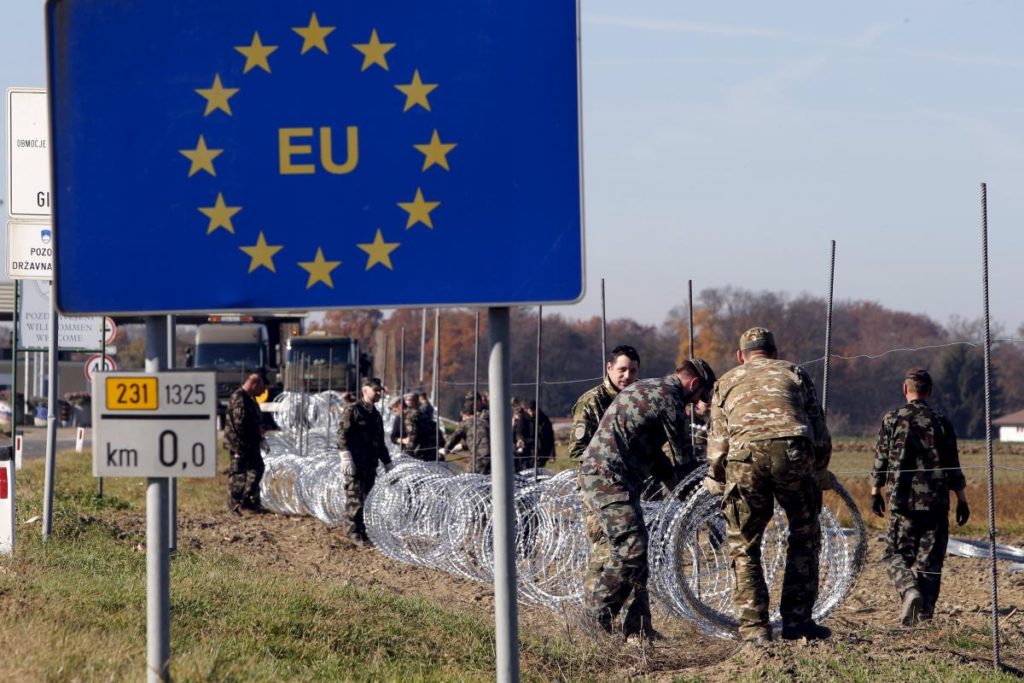 The conflict in Ukraine might represent a turning point for EU security as it forces member states to reconsider their geopolitical positions. Clearly, the European Union’s reaction to the war was marked by extraordinary unity, and the invasion sparked a radical restructuring of the old continent’s geopolitical landscape. The EU started to see Russia as an imminent threat to its security and prosperity, an attitude confirmed by NATO’s June 2022 summit declaration focused on deterrence and defense against the Kremlin. Nonetheless, when analyzed at a deeper level, the West’s position is anything but homogeneous with regard to the Russian menace and the desired post-conflict geopolitical order.

Defense of the EU borders

The presence of varying interests and historical memories led to the formation of different positions within the family of Western countries, which can be structured and summarized in three main blocs.[1] The first is the anglosphere group, led by the United States, with the United Kingdom as its European pillar; the second is the eastern group, with Poland and the former Soviet Baltic States as main actors; and the third is Western Europe, led by Italy, Germany and France.

The anglosphere group’s main interest is the downsizing of Russia’s strategic influence and its crystallization as a regional power. However, reducing Russia’s importance does not entail yearning for its collapse, as is the case in the eastern group. While for the anglosphere the Russian threat is a question of strategic influence, for Poland and the Baltic States it is a matter of national survival. The Kremlin’s aggression forged alliances amongst formerly hostile governments and supported Poles and Ukrainians in burying painful memories. The missile strike in Poland on November 15th further exposed existing divisions within NATO and highlighted the eastern bloc’s willingness to stop the Russian threat even at the cost of escalation. Poland and the Baltic states are also among the most vocal advocates for breaking energy relations with Russia, as national memories and the relative security imperatives are much stronger than economic matters. Poland, a plain between two great powers, disappeared twice from the European political map. While the German threat has been neutralized due to the military alliances and political order built after World War II, the Russian menace is increasingly perceived as a national danger, especially after the Kremlin’s attack on Ukraine.

Finally, the third bloc led by Italy, Germany and France, is characterized by strong economic ties and dependencies, especially in terms of energy supplies with Russia. Germany has based much of its economic success on cheap hydrocarbon imports from Russia. Its bet on Moscow’s reliability in the long run was rooted in the idea that incorporating the Kremlin in strong economic ties with the EU would assure its unending cooperation, and the expectation that, after the Soviet Union collapse, its main heir would somehow automatically embrace Western values.

The Russian attack on Ukraine proved this wrong, and now Berlin is trying to carefully balance its security and economic interests. In an address to the parliament immediately after the Russian invasion, Chancellor Olaf Scholz talked about a ​Zeitenwende, a watershed moment in national defense policy, stating that Germany will spend more than 2% of GDP per annum in defense. Nonetheless, German officials recently declared that the military expenditure goal would be missed in the current and next year. Even if Germany becomes more decisive in terms of military development, this will not resolve the issue with its foreign policy. There is support for maintaining dialogue with Russia, in anticipation of a new partnership with Moscow after the war. In fact, if the German economy does not undergo a corresponding shift, Berlin risks to further confuse its European counterparts and endanger European unity.

The desire to at least partially reestablish the pre-conflict status quo is in line with France’s position, though with a different perspective. Emblematic of the French attitude was President Emmanuel Macron’s declaration that “Russia must not be humiliated in Ukraine.” While strongly condemning the Russian aggression and backing Ukraine’s candidacy for EU membership, the Elysée weakened France’s credibility with its European partners by showing unyielding tolerance for Putin’s claims and opposing opinions on NATO. In fact, while Macron wants to keep the influence of France’s historic enemy at bay, he is also concerned that the progression of the conflict will bolster American dominance on the continent. Given French imperialist tendencies, disguised under the veil of Europeanism, Paris fantasizes about a Europe eased by the influence of the United States and engaged in frequent dialogues with the Kremlin,[2] a scenario that would allow the Hexagon to strengthen and project its power at a global level. From this perspective, finding a diplomatic solution in Ukraine that acknowledges and accommodates Russian interests, and allows strategic dialogue with Moscow to resume, is fundamental in accomplishing French geopolitical grandeur.

During the German, French and Italian joint visit to Ukraine, then Italian Prime Minister Mario Draghi made it clear that while the European partners seek a diplomatic resolution of the conflict, peace should be decided by Ukraine on its own terms. This reflected an Italian position aligned with its main partners, although with a greater propensity towards the Atlantic soul of Europe. In contrast with the past governments’ allegiances, and notwithstanding its great dependencies on the eastern imports of hydrocarbons, Italy partially abandoned its sympathies for the Russian leadership and showed great support for Ukraine. Amid fears related to the Italian elections in September, the new government has thus far continued this course in terms of security and defense. In fact, one of Giorgia Meloni’s main priorities in terms of foreign policy is that of reassuring Brussels, while strengthening partnerships with her French and German counterparts, and securing a good position for Italy on the European political chessboard.

Putin’s invasion is prompting a massive rearmament in Europe. From a strategic and policy perspective, the war brought to the fore the need for a paradigm shift from crisis management activities overseas, like peacekeeping missions, to territorial defense and deterrence – and to a greater European autonomy in terms of security. The developments at the eastern border of the EU were a political wake-up call to NATO and underscored the key position of the US in European security, in terms of political and diplomatic leadership, as well as operational assistance to Ukrainian troops. The urgency of building greater European security autonomy was reinforced by the recent US National Security Strategy, that plainly illustrates China as the United States’ fulcrum in terms of strategic attention, whereas Russia is portrayed as a regional, even if immediate, threat. The increasing US focus on the Indo-Pacific and the deteriorating European security landscape has prompted the EU to take on more defense responsibilities and requires greater political cohesion. At the same time, as declared by Josep Borrell, the European Union’s foreign policy chief, the EU must separate the sources of its prosperity from the sources of its security and it needs to shoulder more responsibility in securing security.

From a more global perspective, the Russians and Chinese are increasingly penetrating the global south, still traumatized by memories of European colonialism. However, this does not imply that African and Latin American countries put greater faith in these two autocratic powers. The EU must evaluate its approach to international involvement and aim to provide alternatives to the Russian and Chinese presence. In fact, the European Union is now in front of an opportunity to (re)gain global geopolitical relevance. To succeed and become a major geopolitical leader, the old continent must leave behind national imperatives and focus on building a clear and common vision of its priorities in terms of foreign, defense and security policies.

Veronica Moldovanu is an International Relations and European Studies scholar, currently working as a Cybersecurity advisor for national and international governmental clients. Her areas of expertise include geopolitics, cybersecurity, defense and international security, with a specific focus on the European Union, former Soviet Union countries, Arctic region and China.

The opinions expressed by the author in the articles published on this website do not reflect the views or positions of any organisation.