2022 represented a turning point for Europe’s defense spending, with multiple effects on the European defense industry – including negative ones.

The Russia-Ukraine war represented a wake-up call for European military spending. From 2014 to 2021, the 28European allies and Canada allocated a total of $270 billion over the NATO Wales summit baseline, moving towards a threshold of 2% of GDP spent on defense. Also thanks to such an increase, in 2021, eight allies managed to met this target. Still, the issue of transatlantic burden sharing is yet to be solved: in 2021, the US accounted for 51% of allies’ combined GDP and 69% of its combined defense expenditure. 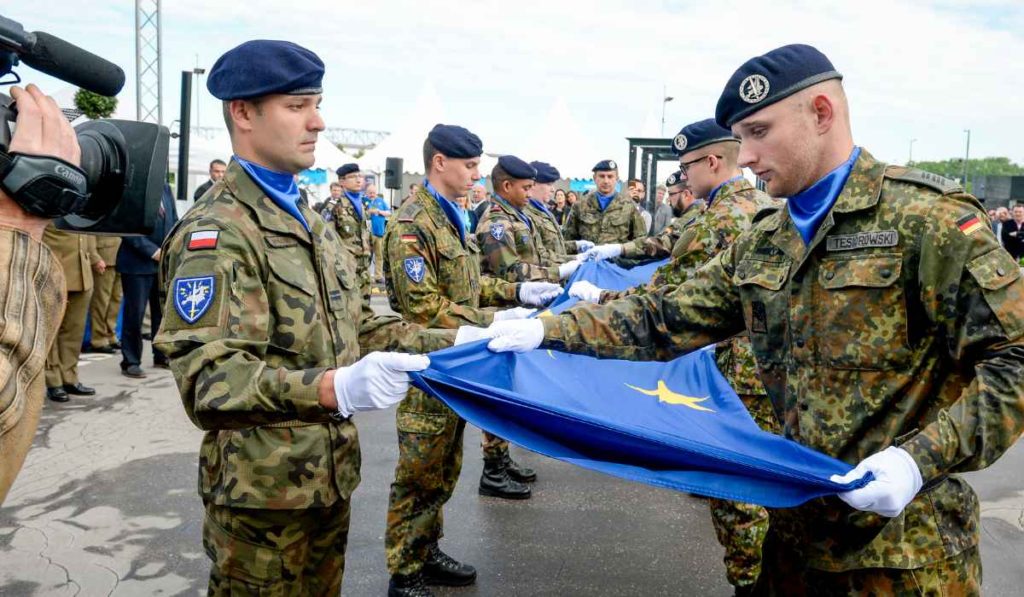 Against this backdrop, following Russia’s invasion of Ukraine, Germany alone committed 100 billion euros una tantum as an addition to its annual defense budget, and accelerated to reach the 2% threshold by 2024. France added three billion euros to its 2023 military expenditure, while Poland decided to move swiftly towards a new target of 3% of GDP invested on defense. The majority of European allies have plans to spend more from 2023 onwards.

NATO targets on military spending are not only about absolute quantity. In 2014, allies agreed to invest at least 20% of their defense budgets on major procurement programs, including research and innovation, to renew and upgrade their capabilities. In 2021, 21 allies our of 30 met the target, and this number is set to increase given the acquisition plans already being implemented.

Europeans are clearly spending on defense more than a decade ago. However, they are not necessarily spending better. Indeed, the bulk of extra budget rapidly allocated in recent months – particularly in Germany and Poland – largely went to short-term acquisition to fill capability gaps, and it was invested without meaningful cooperation or coordination among allies. This in turn prolongs and worsens the current status of fragmentation among European militaries, with negative effects in terms of commonality, interoperability, logistics and the cost of capabilities’ maintenance, repair, overhaul and upgrade. While the increase of European investments was necessary and will improve, to a certain extent, Europe’s military capabilities, it could have been far more effective, efficient and sustainable if coordinated within a European pillar of NATO and/or within the EU.

Moreover, in 2022 European allies have been donating subsequent waves of military materiel to Ukraine, from armored vehicles to artillery, from counter drones and air defense systems to the foot soldier equipment and a variety of ammunition. European stocks were not prepared to support a large-scale, high-intensity, prolonged, conventional war in Europe, and their level is getting close to an alarming threshold. Therefore, they will have to be replenished soon, and the concrete risk is to repeat the mistake of uncoordinated national acquisitions from a variety of suppliers and bear the negative consequences in terms of effectiveness, efficiency and sustainability.

The EU understands this problem and has tried to mitigate it. The European Commission has set up a dedicated budget to co-fund joint acquisition programs run by EU members, with a half of a billion euros allocated for 2023-2024. Such co-funding is far too limited; but is at least a first step in the right direction. Moreover, the EU decided to use 2.5 billion euros from the 4.5-billion-euro budget of the European Peace Facility to reimburse member states donating military aid to Ukraine, hopefully leading to a more coordinated replenishment of stocks.

The changes brought by the Russia-Ukraine war to Europe’s defense budgets will have multiple effects on the European defense industry. First, rising military spending will partially mean more demand for European products, thus pushing the existing production lines to work full speed. But commercial-off-the-shelf acquisition from non-European suppliers, such as the US, Israel or South Korea, will also saturate and close some market segments for European companies – as epitomized by Poland’s main battle tank example. Notably, Warsaw is buying from Seoul 980 tanks K2, with the first 180 arriving off-the-shelf by the beginning of 2023 and the rest to be largely produced in Poland in the next years.

Acquisitions driven by a short-term logic also reduce the marketability of next generation equipment being developed by ongoing cooperative programs, including bilateral, mini-lateral, or EU ones through Permanent Structured Cooperation (PESCO) and the European Defence Fund (EDF). Indeed, cooperative programs take more time to deliver results because of the complexity of pooling user requirements and industrial interests, but they are the only way for Europeans to reach the economies of scale needed for advanced, complex, cutting-edge platforms to be developed and produced in Europe – the Eurofighter aircraft being a positive example in this regard.

When looking at key capabilities, the landscape of military and industrial cooperation in Europe is rather variegated. The missile sector is likely the most integrated in Europe, since the transnational company MBDA represents the European champion relying on its British, French and Italian pillars. Still, the recent German Sky Shield initiative for a multinational procurement of missile defense systems has thus far disregarded MBDA products, such as SAMP/T, by preferring US and even Israeli suppliers.

The space sector, a crucial enabler for current and future military operations in terms of satellite communication, earth observation and position navigation timing services, is seeing a good deal of cooperation among major NATO European allies. Such cooperation takes place through the European Space Agency and within the European Union, the latter including EDF and PESCO (Permanent Structured Cooperation) projects, as well as EU capabilities such as the Galileo and Copernicus constellations. The Space Alliance between France and Italy – embodied by Telespazio and Thales Alenia Space – and the space dimension of Franco-German defense industrial cooperation are the key elements in this regard.

The air sector is probably the most dynamic in terms of both cooperation and competition. A few years ago, France and Germany launched the Future Combat Air Systems (FCAS) project, rapidly joined by Spain, with Dassault and Airbus as key players. In 2019, the UK and Italy agreed on the Tempest program, with the involvement of Sweden, which a few weeks ago turned into a Global Combat Air Program (GCAP) co-led by London, Rome and Tokyo. Here the leading systems integrators are BAE Systems, Leonardo and Mitsubishi Heavy Industries, with a significant involvement of the respective supply chains when it comes to electronic warfare, propulsion, etc. The dualism FCAS-GCAP entails a competition between two consortia of major European industries on a set of sixth-generation key aircraft technologies, with the Anglo-Italians benefitting from a unique military, technological and industrial experience gained through the co-development and co-production of F-35 fifth-generation fighters under US leadership. Some of these industrial competitors cooperate at the same time on a far smaller scale on the European drone PESCO project joined by France, Germany, Italy, Spain and the Czech Republic under German leadership.

The European naval sector is more fragmented than its air counterpart since important shipyards are present not only in France, Italy, Germany and the UK, but also in Netherlands, Spain and Sweden – plus there is the involvement of a variety of large companies providing naval combat systems ranging from helicopters to torpedoes. Here, France and Italy undertook a series of important bilateral programs on frigates, namely Orizzonte and FREMM, and are the key members, together with Spain and Greece, of a PESCO project to develop a new class of European patrol corvettes, which got also EDF support. Interestingly, the corvette project involves major European shipyards like Fincantieri, Naval Group and Navantia, under Italian leadership. Bilateral projects are not rare when it comes to submarines, while the aircraft carriers of France, Italy and the UK are the result of purely national programs.

The land sector is perhaps the most fragmented for a number of reasons, including lower barriers to access the market and the variety of equipment within large armies. The Main Ground Combat System project undertook by Germany (as leader) and France could be the catalyst for a European effort to reduce fragmentation in producing the next generation main battle tank, provided a fair deal is reached by Berlin and Paris with potential partners across Europe. When it comes to helicopters – largely for the armies but also for navies and air forces – the competition between Airbus and Leonardo is a stable feature of the European market.

In conclusion, the landscape of defense industrial cooperation in Europe is complex and differentiated across sectors. In some cases, the level of fragmentation is too high, and cooperation is necessary for the sake of effectiveness, efficiency and sustainability. Unfortunately, the extra budgets allocated in 2022 are often going towards the opposite direction of national fragmentation, by favoring in many cases non-European suppliers able to deliver commercial, off-the-shelf products.

Europe’s political and military leadership should prioritize a long-term logic over the short term, and make the best of increasing spending – also in terms of industrial and technological policies.

Alessandro Marrone is Senior Fellow in the Security & Defense Programme at the International Affairs Institute (IAI), and a member of the Editorial Board of AffarInternazionali webmagazine. He holds a PhD from Università di Roma La Sapienza and a MSs in International Relations from the London School of Economics and Political Science (LSE). Twitter: Alessandro__Ma