Caught in the middle: Europe and the growing U.S.-China animosity

There is little doubt that the rivalry between the United States and the People’s Republic of China (PRC) has intensified since the onset of the coronavirus pandemic. As the level of animosity between those two countries builds, the danger increases that Europe may become one of the casualties of that feud. Washington already is exerting pressure on its European allies to back tougher policies on a range of issues. It will be difficult for the European Union and individual European governments to resist that pressure, even though automatically embracing US policy preferences may not be in Europe’s best interests. 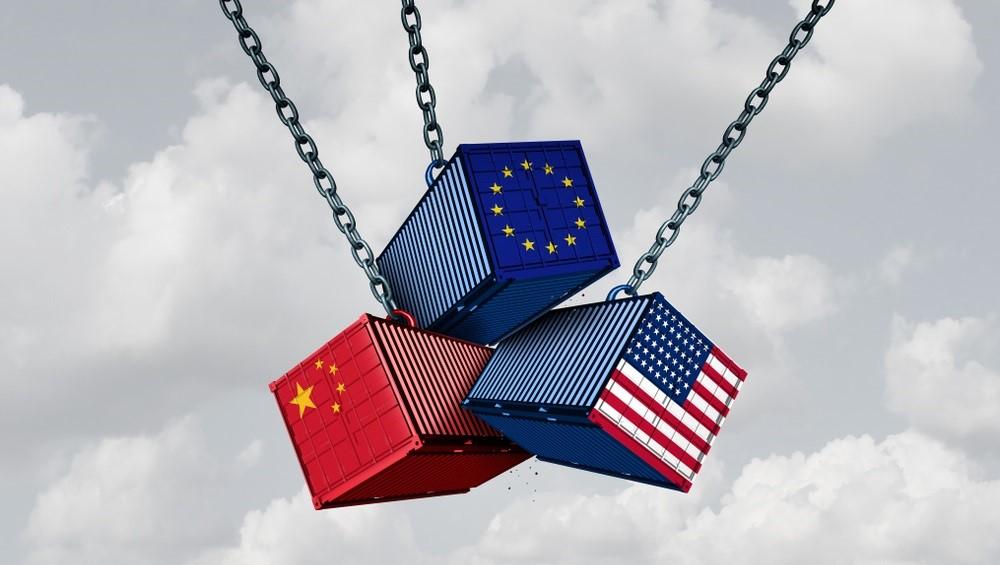 Even before the coronavirus issue created an explosion in tensions between the United States and China, bilateral relations were deteriorating at an alarming pace. Underlying trade disputes deepened even though the two parties successfully negotiated a partial and tentative Phase 1 trade agreement in January. The growing tensions also extended well beyond economic considerations. Beijing and Washington were increasingly at odds over a variety of geostrategic issues, especially Taiwan, the South China Sea, and (most recently) Hong Kong.

The Trump administration and most of the American public believe that the PRC government was guilty of duplicity regarding the coronavirus outbreak, and they deeply resented Beijing’s cynical attempts to shift blame for the pandemic onto the United States. The episode has led to a surge of anti-China sentiment in American public opinion. A Pew Research Center survey of Americans taken in late April produced ominous findings. The results showed that 66% of respondents had negative views of the PRC, while a mere 26% expressed a favorable attitude. It was the highest percentage of hostile views regarding China recorded since Pew began asking the question in 2005.

President Trump’s attitude has been scarcely less hostile. At one point he casually commented that he had no interest in talking to Xi Jinping and would consider breaking all ties with the PRC. Although Trump was commenting on the ongoing trade controversies, it was not certain that he meant severing just economic ties.

If the coronavirus controversy wasn’t enough to sour US-China relations, Beijing’s behavior on other issues has created additional reasons. The decision in late April to impose a national security law on Hong Kong, thereby greatly reducing if not negating the territory’s guaranteed autonomous status, infuriated US leaders. Within hours, Secretary of State Mike Pompeo condemned the measure. American hostility was bipartisan in nature. Presumptive Democratic presidential nominee Joe Biden contended that the United States should lead the world in condemning China for undermining Hong Kong’s autonomy and freedoms.

On May 27, Pompeo issued a report to Congress (required under the 2019 Hong Kong Human Rights and Democracy Act) declaring that Hong Kong no longer was autonomous. The Trump administration determined that Hong Kong was no longer entitled to “special treatment” on trade and other matters, but would be treated as an integral part of the PRC. That decision will have a dramatic, negative impact on Hong Kong’s commerce with the United States.

There are other recent signs that the United States is intent on adopting a confrontational policy toward the PRC. Congress just approved a new measure imposing economic sanctions on China for its mistreatment of the Uighur population in Xinjiang province. The Trump administration approved a new arms deal for Taiwan, agreeing to sell Taipei 18 sophisticated, advanced technology torpedoes. President Trump also signed into law the Taiwan Allies International Protection and Enhancement Initiative (TAIPEI) Act, the latest measure deepening U.S. diplomatic and strategic support for Taiwan. US naval vessels are increasing their pace of operations in the South China Sea as a show of force and resolve in the face of Beijing’s own expanding military presence.

But multiple signs already have emerged that Washington’s European allies are not comfortable with pursuing a confrontational policy toward China. European leaders clearly are trying to evade or deflect Washington’s call for their countries to join the United States in imposing economic sanctions because of Beijing’s actions in Hong Kong. The German government’s reaction is typical. German Foreign Minister Heiko Maas contended that the best way for the European Union to influence China on the Hong Kong dispute was to stand united and maintain a dialogue with Beijing. That stance was far from being a ringing endorsement of the US strategy.

France appeared no more eager to join Washington in trying to pressure Beijing. The South China Morning Post reported that in a telephone call to China’s Foreign Minister Wang Yi, Emmanuel Bonne, diplomatic counsellor to French President Emmanuel Macron, stressed that France respects China’s national sovereignty and has no intention to interfere in affairs about Hong Kong. The SCMP notes further that “European Union sources privately fumed about China’s move on Hong Kong, but business figures from the bloc are also concerned that they are caught in the middle of a power struggle.”

The EU as an entity adopted a tepid response to the PRC’s imposition of the national security law. Anxious not to become entangled in America’s escalating rivalry with China, EU foreign ministers on May 29 replicated Germany’s stance and emphasized the need for dialogue about Hong Kong. After a videoconference among the bloc’s 27 foreign ministers, EU foreign-policy chief Josep Borrell said that only one country had raised the subject of sanctions and that he didn’t believe China’s actions would affect European investment deals with the PRC. Borrell added that the EU also was not planning to cancel or postpone major diplomatic meetings with China in the coming months.

Indeed, with a few exceptions, such as the United Kingdom, Canada, and Taiwan, Washington seemed to be getting very little international support anywhere for a hardline stance against Beijing. And the reason was readily apparent: few countries want to anger the government controlling the world’s second largest economy. That was the case for both the European powers and China’s trading partners in East Asia. Although there was considerable sympathy for the people of Hong Kong, most foreign leaders did not want to antagonize the PRC and pay a high economic price.

Chinese leaders quickly made it clear that that there would be a substantial price to pay for any country signing on to Washington’s punitive approach. When London began to follow Washington’s lead in responding to Beijing’s tightening grip on Hong Kong, PRC officials immediately threatened unspecified “countermeasures.”

It is understandable that European governments do not want to antagonize Beijing.  However, those countries may not be able to avoid being caught in the middle of the rapidly escalating confrontation between the United States and China. Washington expects support from its allies, and the Trump administration already is irritated about the lack of such backing on other issues.

The EU’s inaction regarding the PRC’s Hong Kong crackdown will reinforce the impression and annoyance in America that it cannot count on its supposed allies. The US policy community was already taken aback at the results of a 2019 survey of European opinion by the European Council on Foreign Relations. When asked “Whose side should your country take in a conflict between the United States and China?” the results were lopsided against backing America. The pro-US position was a paltry 19% in the Czech Republic, 17%  in Romania and 13% in Hungary. The outcome in Washington’s long‐​standing economic and security partners in Western Europe was no better. Only 18% of French respondents, 20% of Italians and 10% of Germans chose solidarity with the United States.  Such neutralist sentiment limits the policy options available to European leaders, but they also foster disillusionment and a sense of betrayal in the United States.

European governments need to ponder what their response will be if Washington makes solidarity on the Hong Kong issue or the broader question of a united front against Beijing’s international behavior a make-or-break issue for the Western alliance. That is no longer a far-fetched possibility.