Towards a reinvigorated West?

After the acrimony of the Trump years, the first in-person summits between US President Joe Biden and European leaders were bound to be a feel-good moment. The recent G7, NATO and EU-US summits provided many photo opportunities and were choreographed to convey a strong overarching set of messages: America is back; Transatlantic relations are returning to normal; and democracy can succeed in solving global challenges. 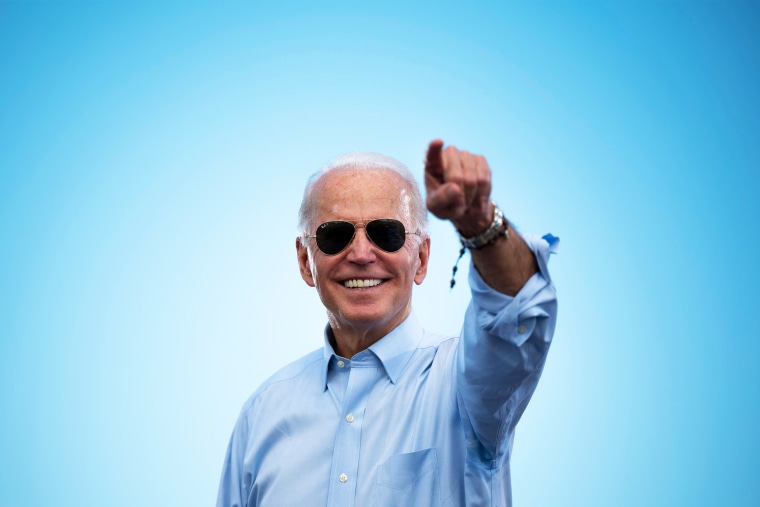 The EU, the US and the UK projected an image of unity on the main issues facing them. At the G7 and the EU-US summit, leaders made pledges to co-operate in fighting the pandemic, co-ordinate a sustainable economic recovery, fight climate change and reform the institutions at the heart of the multilateral order. In defense and security, the US has adopted a markedly more positive tone towards the EU’s efforts. Washington has joined an EU project within the framework of “Permanent Structured Cooperation” (PeSCo) designed to facilitate the movement of military forces across Europe by improving infrastructure and easing regulatory burdens. The EU and the US will set up a dedicated dialogue on security and defense, and the US intends to sign an agreement to work with the European Defense Agency, which could facilitate cooperation in capability development. This contrasts sharply with the UK, which remains unwilling to work with the EU in security and defense.

On China, Western leaders took a tougher position than ever before, with the UK being most closely aligned with the US stance. The EU, however, has also taken a harder line. Member states agree that China’s domestic and foreign policies are problematic. They want to diversify supply chains, be tougher on Chinese commercial malpractices and more carefully screen Chinese investments. In March, the EU imposed sanctions on China for its human rights abuses in Xinjiang, alongside Canada, the US and the UK. In addition, the December 2020 EU-China trade and investment agreement is unlikely to be ratified anytime soon. The EU-US summit statement characterizes relations with China as having “elements of cooperation, competition, and systemic rivalry”. The NATO summit communique states that Beijing’s actions are “systemic challenges to the rules-based international order” and that they pose a challenge “in areas relevant to Alliance security”. In the framework of the G7, leaders agreed on a “Build Back Better World initiative” (B3W), an alternative to China’s Belt and Road – although it is not yet clear how the initiative will be financed.

The EU and the US agreed to set up a range of dialogues to closely consult and coordinate on manufacturing and supply chains, trade, as well as technology and competition policy. How much practical cooperation these dialogues lead to remains to be seen. Working together will not always be easy: In many areas, the EU and the US are economic competitors. They failed to end the long-running Boeing-Airbus subsidy dispute, only agreeing on a five-year truce. In addition, the US tariffs on European steel and aluminum that Trump imposed in 2018 on national security grounds are still in place. Moreover, both the EU and the US have given up on a trade deal. Europeans worry that Biden’s calls for a “foreign policy for the middle class” will translate into trade protectionism. For its part, the US is worried that the potential tools and regulations that the EU is working on will negatively affect it. There are likely to be tensions around EU proposals for a carbon border adjustment tax that could affect US exports, and EU efforts to regulate (predominantly US-based) digital giants. In addition, the question of digital privacy remains problematic.

In the security realm, differences persist below the surface. The US remains skeptical that Europeans will be willing to take on more responsibility for their security. While the UK has recently increased its defense spending as part of its efforts to define a post-Brexit role for itself, most European allies still fall below NATO’s 2% GDP target. And most European allies have shown little inclination to take the lead for security in their neighborhood, for example in stabilizing Libya. Meanwhile, Europeans worry about how much Biden is willing to consult with them as opposed to informing them of what the US has already decided, as was the case with the decision to withdraw from Afghanistan. 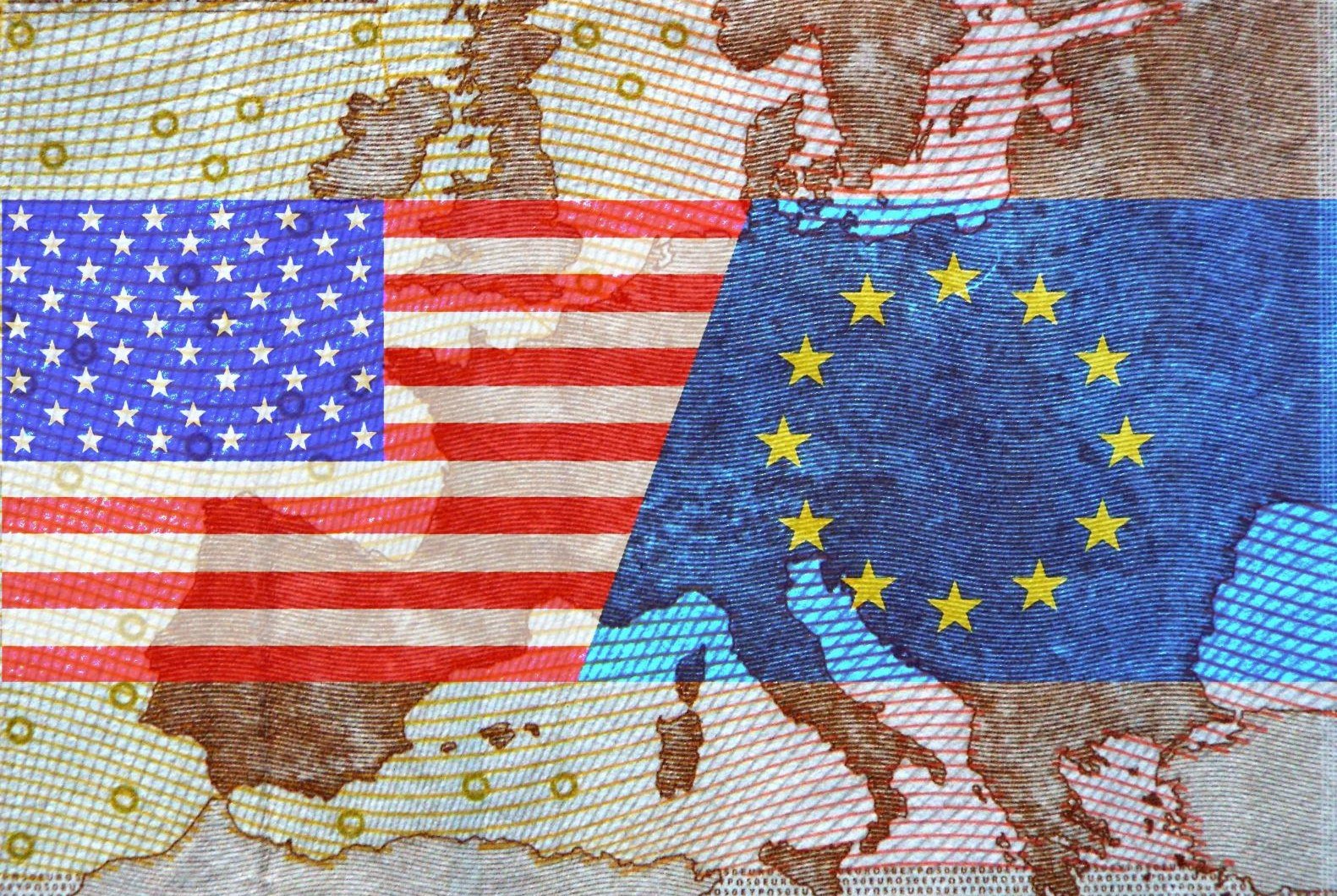 At the same time, Transatlantic divisions still persist when looking towards Russia and China. The UK is aligned with the US stance on Russia. The EU is still internally divided between hawks, who think the US was wrong to cancel sanctions on the controversial Nord Stream 2 pipeline, and doves that do not feel as threatened by Russia and emphasize dialogue with it. On China, Biden has made it clear that he sees the country’s rise as a threat and the defining foreign policy challenge of his presidency. The US is always likely to be tougher on China than Europeans are willing to be. Even the UK, which has mimicked the US tone towards Beijing, is probably not willing to cut itself off from China economically, should things go that far. There will be friction if the US pressures Europeans to cut links to China in certain economic sectors. Plus, the more military tensions rise between the US and China, the more EU member states will feel uncomfortable.

NATO’s role may also be a point of friction between the US, the UK and the EU. At the NATO summit, allies agreed to expand political consultations, a priority for the US and the UK. But it is unclear whether all allies are really convinced that the Alliance is the right forum to address issues outside its traditional remit. Clearly, NATO members can and probably will co-ordinate and consult more on policies towards tech regulation or China. But most of these policies have an economic and regulatory dimension, and NATO as such does not have the tools to address them. The EU will remain the forum in which European states will decide and implement policies towards China. Much will depend on the degree of consultation and coordination between the EU and NATO. But this is not always easy, as several members of each organization have been cautious about working closely with the other – particularly Cyprus, Turkey and the UK.

The G7 summit allowed Boris Johnson to highlight close ties with the US, with the two countries signing a ‘New Atlantic Charter’. But in reality the UK risks being left out of deepening bilateral EU-US cooperation, with the US and the EU agreeing on a range of new initiatives to deepen dialogue on issues ranging from climate to security and defense. London is pushing for these issues to be addressed in forums where it also has a voice, like the G7 and NATO. That is unlikely to work for EU member states, for whom the EU remains the primary forum for coordination, at least on economic issues.

In theory, London could be involved in EU-US dialogues, if there was goodwill. But the UK shows no sign of wanting to improve relations with the EU, even though Brexit is now done. Instead, London has taken a combative approach, to prove that Brexit was a good idea. There have been tensions with the EU on fishing near the Channel Islands and on the way the Brexit agreement has affected Northern Ireland, with the UK wanting to modify the agreement. If UK-EU tensions continue to rise they will affect broader bilateral relationships between the UK and individual member states. Tensions between its European allies will also affect the US, which cares deeply about stability in Ireland and Transatlantic cohesion. Eventually, Washington could be pushed to become more involved in finding a way ahead.

Finally, Trumpism still casts a shadow on Transatlantic unity and cooperation. Europeans are painfully aware that Trump, or someone else with the same outlook, could be the next US president. As recent polling carried out by the European Council on Foreign Relations highlighted, Europeans feel the need to be more self-reliant and that they cannot depend on any other international actor, including the US. Time will tell whether EU efforts to develop greater “strategic autonomy” will clash with the wish to deepen cooperation with the US. For now, leaders will be busy trying to make sure that the ambitious Transatlantic agenda they agreed to is implemented.

Luigi Scazzieri is senior research fellow at the CER. He works on European foreign and security policy, focusing on the EU’s neighbourhood, migration, and transatlantic relations. Scazzieri also carried out research at the Centre for European Policy Studies (CEPS), the Johns Hopkins School of Advanced International Studies (SAIS), and the International Institute for Strategic Studies (IISS). He regularly contributes opinion pieces and comments on European security and governance to outlets such as The Guardian, CNN and The Daily Telegraph.