If you have any doubts about the true defining issue of our time, all you have to do is look at the divisions within the Trump Administration itself over economic policy: President Donald Trump is doing what he was elected to do – attack the economy and lifestyle of the Connected World, the regions, industries and individuals comprising the globalized, digitized economy. But while the disconnect between the Connected and Unconnected is what drives current political unrest, it is the divisions withinboth that will drive the politics of the 21st Century.

Trump’s election was part of a worldwide movement – manifested in Brexit, the rise of Podemos in Spain and Syriza in Greece, the collapse of the establishment parties in France, and even in developing countries such as the recent referendum in Turkey – pitting globalist and “open” economic and social policies, generally supported by a country’s more urban and educated populations, against those predominantly in rural areas and secondary, often post-industrial, communities. The latter feel excluded from the digital economy and alienated from the changes it is wringing. These include the erasing of borders and thus traditional national attachments, the erosion of the “real” economy, and the undermining of conventional values and ways of life. 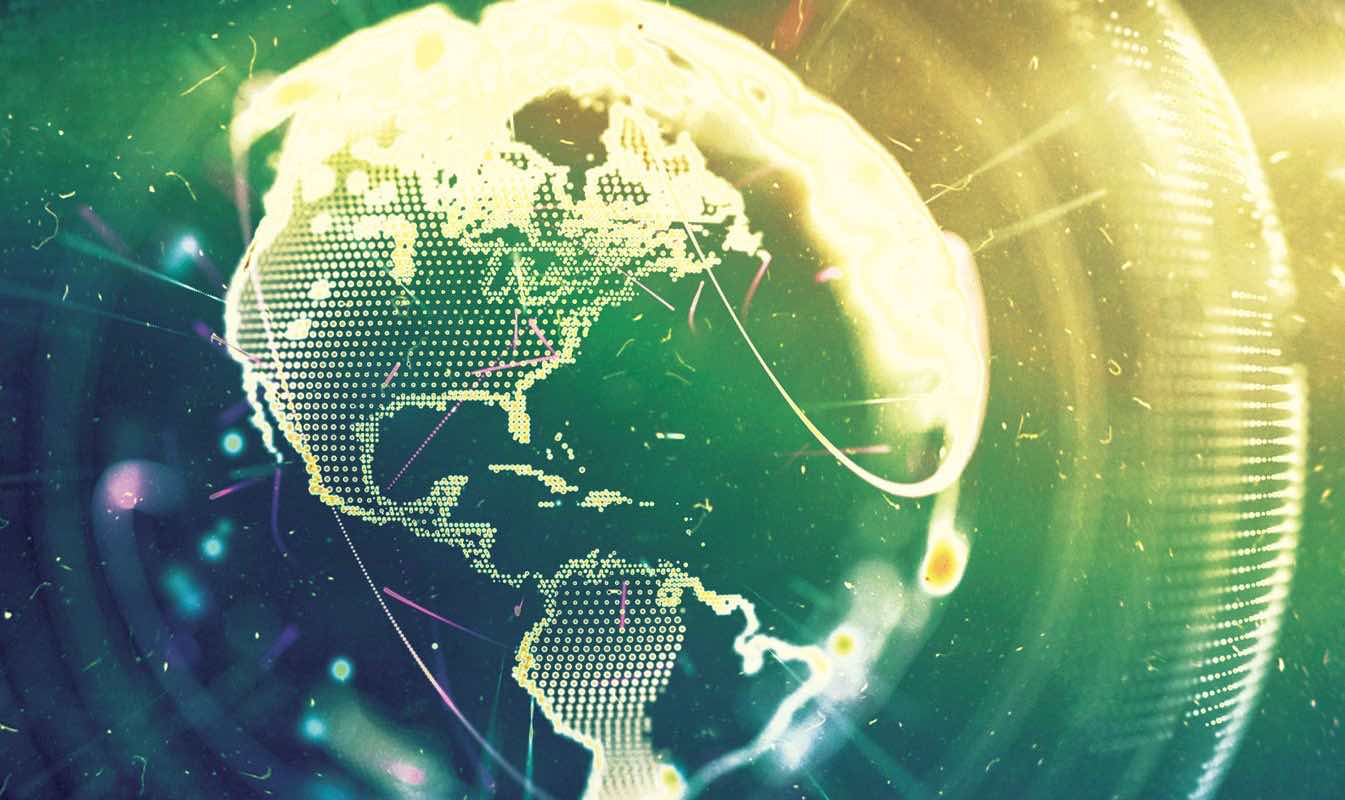 The voters rising up against these changes oppose immigration, government regulations that protect values and ways of life in more liberal and upscale communities while hampering industries in their own, and a cosmopolitanism that threatens their sense of identity. But make no mistake, they understand what is the larger force underlying these changes: the technology revolution. And they’re against it.

Both this Great Disruption and the “Resistance” to it are global phenomena. But Trump, by virtue of his unexpected arrival in the world’s most powerful job, is the spearhead of this Neo-Ludditism. Yes, his electoral mandate and agenda are shaped by cultural concerns flowing from these economic changes – hostility to immigrants and non-European peoples, rollbacks of liberal sexual mores and legal norms, a worldview rooted in blood and soil, a reassertion of police power over poor and minority communities, attacks on science and universities – but the origins and ultimate targets of his policies are disruptive technologies.

Despite the White House’s widely-perceived incompetence, Trump has in fact moved swiftly and effectively to implement defining elements of his agenda. Most crucially, he rolled back regulation of the environment, expanded off-shore oil drilling in all US waters just this week, and has begun dismantling the Environmental Protection Administration. It’s notable that Trump has focused his actions and his ire – and the business executives from whom he openly solicited input have focused their anti-regulatory wish-list – primarily on the environment, with destruction of worker protections a distant second and other regulatory issues hardly meriting attention.

Perhaps you think this is simply part of Trump advisor Steven Bannon’s declared broader “deconstruction of the administrative state” and Trump’s own oft-repeated advocacy of standard Republican pro-business and anti-government ideology. But, in case the pre-eminence of extractive industries’ (and regions’) interests over the ecotopian ethos of New Economy voters doesn’t strike you as obvious, consider that, in contrast, there is one economic policy area where Trump has moved aggressively to assert a greater governmental role: rolling back one of the provisions most important to Silicon Valley’s functioning, the H-1B visa program, which allows tech workers from around the world more easily to enter the United States. The latter could be framed – and was, by Trump himself – as part of his “America First” assault on foreign workers. But taken together with his other actions, it’s clear that the deeper import is an assault on the digital economy.

For all his social media savvy, Trump displays a deep-seated hostility to IT as an industry. During his presidential campaign, he came down clearly on the side of the FBI and the intelligence community in its struggle with Apple over breaking open the iPhone; one might, of course, characterize this as simply consistent with Trump’s generally right-wing approach to “law and order” and privacy – except that he’s spent even more time attacking the FBI and intelligence community. Or, alternatively, one could assert that Trump’s opposition to H-1B visas is simply part of his broader opposition to immigration and support for nativism, and the concentration of his deconstruction of the regulatory state largely on environmental protection simply serves his policy of promoting the return of manufacturing and especially extractive industries to the tertiary regions that provided his largest vote margins. But while there might be nothing new to Trump’s combination of pro-business conservatism with a working class-targeted, right-wing populism, the real target is new: the digital economy.

Nonetheless, we’ve seen this kind of politics before: In 1896, William Jennings Bryan – a Messianic, backwards-looking figure not unlike Trump – roused the country’s agricultural heartland in reaction against the modern industrial economy; in the population centers of that era’s “New Economy,” however, both the business leaders who formed the core of the Republican Party and the workers they employed stood together across class lines in support of the emerging economic leviathan.  The socioeconomic, demographic, and geographic divisions today in many ways parallel those of 1896.  And just as the urban workers and immigrants who sided with their employers against the left-behind, rural population in 1896 split with them over distributional issues to redefine the politics of the 20th Century, so too is it unlikely that the current political cleavages, and issues, will be relevant in a decade or two.

Already, both parties represent uncomfortable marriages of necessity. The internal strains of the Trump Republicans are on full display every day, as the party’s traditional big-business base (which is really more now an extractive-industries base) tries to get on board with – and co-opt – the working class populism that has overtaken it.  But the Democrats have their own centripetal dilemmas: The core of the former “Party of the People” has shifted to titans of the three pillars of the New Economy – tech, finance and entertainment – and become the “elite” against whom Trump’s lower-income voters are now rebelling; this core may be socially liberal, environmentally conscious, globalist in outlook, and interested in public-goods investment at least insofar as such investments – education, infrastructure, research – directly support their industries. But they also tend to the libertarian and an oddly anti-social (and certainly anti-labor) worldview. These titans – essentially the Democratic donor class – fueled the Clinton dynasty, but they don’t fit very well with the Bernie Sanders and Elizabeth Warren followers who make up the Democrats’ increasingly restive base.

At some point, the parties are likely to split and reassemble their constituent parts into something more resembling the political dynamic that arose to ameliorate the modern economy after resistance proved futile:  The titans and their upscale acolytes in both the Information and Extractive Economies will find common cause against the disfranchised Sanders and Trump voters.

As it turns out, the information industry is just as extractive as prior economies: In an interesting little book, Platform Capitalism, the British Marxist economist Nick Srnicek observes that data turn out to be simply another natural resource that our newer technologies have figured out how to extract, and how to extract value from, not unlike mining, oil drilling or agriculture before them. Meanwhile, like manufacturing, these IT industries are focused on how best to increase per-worker productivity and substitute capital for labor whenever possible. In a few years’ time, the jobs being lost to technology will be not only those of former blue-collar manufacturing workers – they also will include those of many who now consider themselves riding the crest of the New Economy wave, from Uber drivers replaced by self-driving cars to radiologists replaced by AI to composers and authors replaced by hit-producing bots. Many current Hillary voters will be joining the disgruntled Bernie and Trump supporters who see the Titans of Information as their threat.

Meanwhile, these Titans, despite their seemingly liberal politics, are proving little different from other Titans of Industry. They’re already finding common ground with the traditionally Republican wings of the Republican Congress and Trump Administration: They recently joined to repeal Obama-era prohibitions on reselling individuals’ online search histories – and just days ago the Administration unveiled its plan to eliminate Obama’s “net neutrality” rules, so that big players can further dominate the Internet. In the words of that noted political philosopher Peter Townsend: Meet the new boss. Same as the old boss.

Both the Disruption, and the Resistance, are just beginning.