The troublesome picture of COVID-19 in Sub-Saharan Africa

A year and a half into the pandemic, Africa presents a very uneven picture, but shares the fear of being left behind when it comes to vaccines. Currently, the whole continent has registered five million cases of infection. While the majority of the registered cases are limited to South Africa and the Maghreb countries, Sub-Saharan Africa is cause for concern due to its limited testing capacity and fragile health systems. An obvious premise is that, on a continent of 1.2 billion people, the sanitary situation varies greatly from one country to the other and while it might seem futile to try and put everything under the same hat, an overall sketchy picture is a necessary exercise. 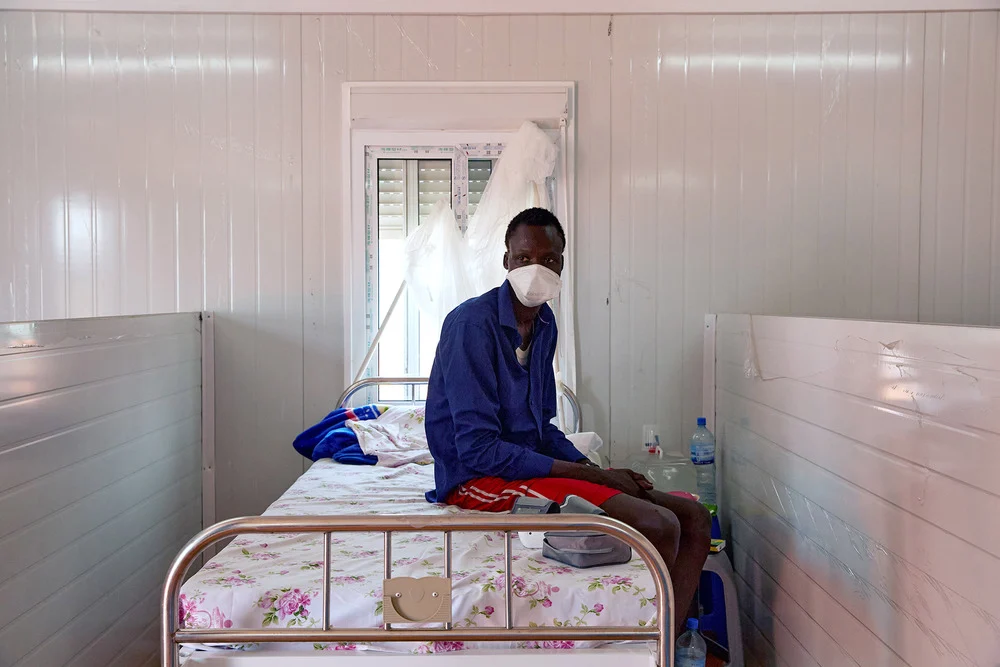 During the first wave, the continent’s relatively low number of reported cases surprised scientists and unleashed numerous theories about its exceptional resilience. Explanations spanned from a younger population and the efficacy of rapid and aggressive lockdowns, to the continent’s warmer temperatures. The second and third waves of the pandemic hit the continent comparatively harder. Despite the peak in registered cases at the end of 2020, according to a recent study published by Lancet, fewer public health actions were implemented compared to the first wave – when governments were firm and quick to take restrictive lockdown measures.

The overall analysis of COVID-19 trends in Africa – and particularly in Sub-Saharan Africa – remains exceedingly problematic. Not only has testing capacity reach its ceiling, but so has the number of hospital beds. Occupying maximum hospital capacity prevents adequate treatment for severe cases and it also affects the accuracy of the death toll – as many are left to die, unchecked, without healthcare. For example, in Sudan, where the testing rates are among the lowest in the world (slightly over 5,000 tests for one million inhabitants), the death rate for those who contract the virus is as high as 7.5% – so high that it is likely that the total number of cases is massively underestimated. In Kenya, one of the countries with the most reliable anti-COVID plans in the region, positivity rates are spiking up to 20%, and the country reported a tenth of its total cases in April 2021 alone. Over the course of the past year, the difficulties of retaining an accurate picture of the pandemic in Sub-Saharan Africa might be one of the reasons behind the need to undertake further measures.

This is precisely the case in many Sahel countries that have resorted to new lockdowns and restrictions in recent months. The Democratic Republic of Congo, Tanzania, Kenya, Rwanda and other countries in central Africa ordered a new shutdown on schools in March. Nigeria, Ivory Coast and others in West Africa re-introduced a stricter curfew in urban centers in March. In some of these countries, restrictions were implemented so harshly that violation was considered a criminal offense and might trigger prison time. However, these measures have reportedly paid off. Today, many Sub-Saharan countries have passed their third-wave peak and numbers are falling all across the continent. This is good news but, unfortunately, the registered number of COVID-19 cases is not the only index to have slowed down. In fact, vaccination rates in Africa are so low that some argue that the process never really started in terms of mass immunization. Today, most African countries have run out of the scarce vaccine supplies they had received, and there is well-grounded concern over the availability of further doses.

Because Western countries have hoarded doses, African governments are prevented from getting vaccines. And yet, some solidarity mechanisms are aimed to balance the global market. As things stand, African countries can access COVID-19 vaccines mainly in three ways: 1) the COVAX program, a global facility led by the World Health Organization; 2) the African Union’s African Vaccine Acquisition Task Team; and 3) bilateral agreements with manufacturers. 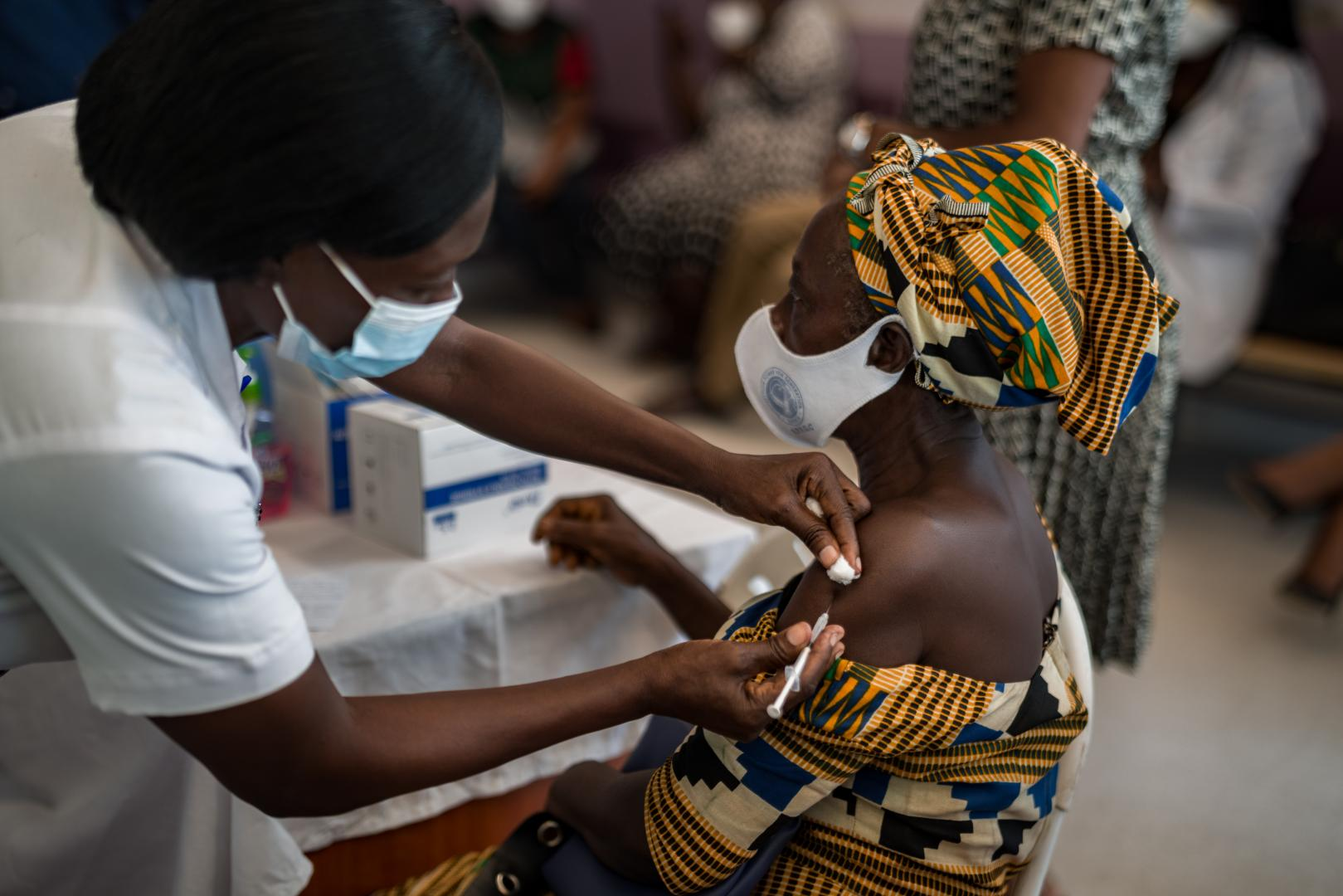 So far, vaccines have been mostly procured through the COVAX program, but their availability is limited: because of the inability to access doses, the vaccination programs initiated in Sub-Saharan Africa are reaching a bottleneck. The continent has only received 2% of all the vaccine doses available globally thus far – and the gap is bound to increase. Deliveries of vaccine supplies began only in February, with most countries in Africa having signed up to international facilities and having received vaccine doses. Some countries have also signed bilateral agreements and are receiving donations from China, Russia, the United Arab Emirates and – lately – India. Nonetheless, according to Matshidiso Moeti, the WHO Regional Director for Africa, Rwanda, Senegal, Ghana, Togo, Tunisia, Eswatini, and Botswana have already run out of all initial supplies and, despite having the logistical capacity to inoculate more, will have to wait indefinitely for more. On top of this, and because of the spike in Covid-19 cases, India recently halted exportation and donations abroad.

The first vaccines administered on the continent were earmarked for healthcare workers and vulnerable people, following global strategies elsewhere. After this, vaccine availability dropped. While the COVAX program aims to supply 600 million doses to Africa, this figure is too meager to even consider herd immunization as it will suffice for only 25% of the population. Most of all, it is unclear when or whether this target will even be achieved. Africa is lagging behind the rest of the world in vaccinations, and there is little governments or the African Union can actually do.