A recent survey asked American parents who was the one spending more time helping children with their school work while school was closed because of the coronavirus. Nearly half the men said they did – yet only 3% women agreed. Instead 80% of mothers said they spend more time on homework.

There is a small consolation, a testament to the progress made by gender equality in recent years, in the fact that few interpret these numbers as a misjudgement on the part of women. It is well known that the largest share of unpaid work, particularly domestically, falls on the shoulders of women – with childcare being a big part of it, and it now includes schooling, too. 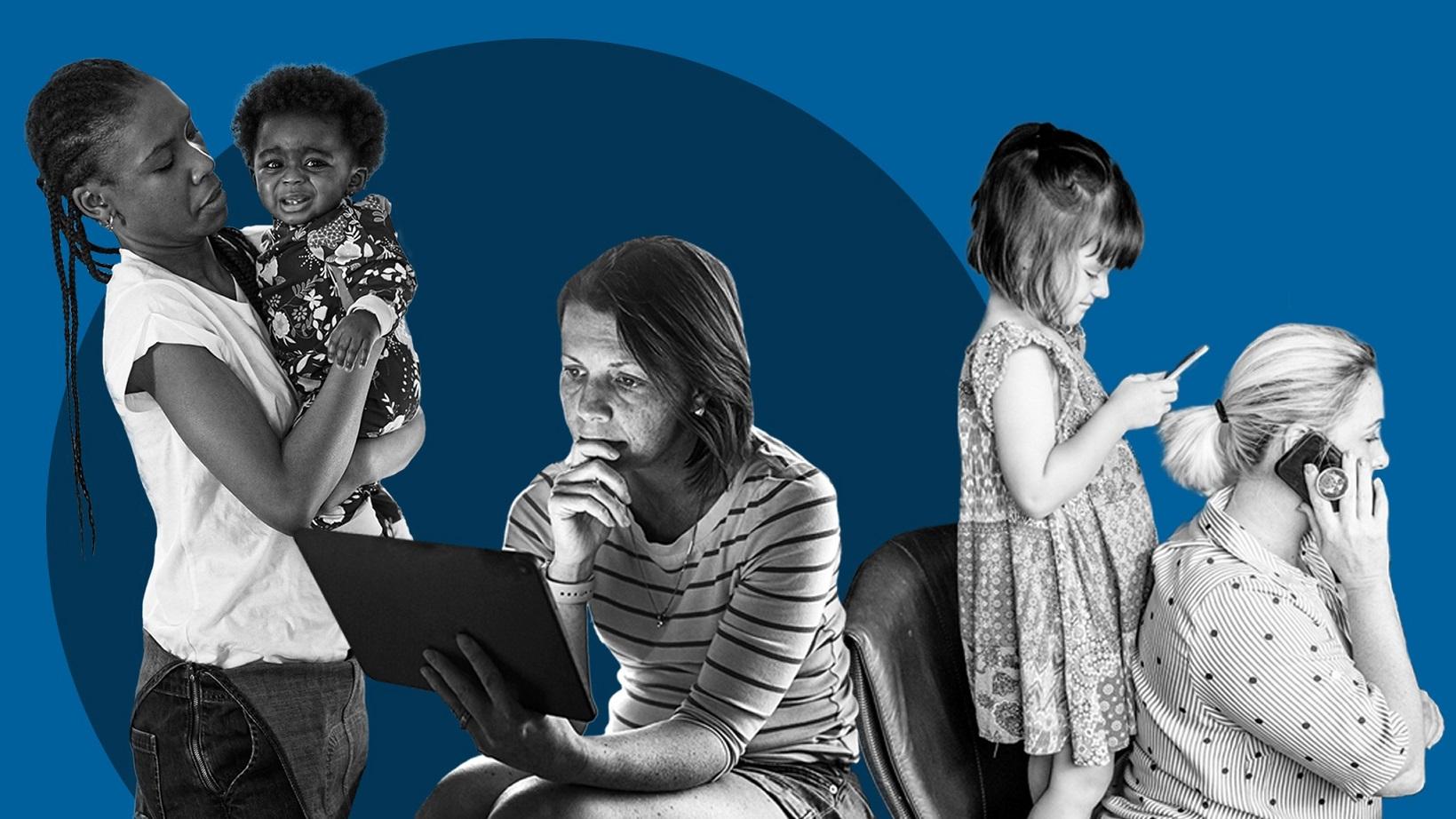 Men and women alike have had to adapt to working from home, and to a change of schedules. But women have had to take on, by and large, the majority of the increased domestic workload. For women around the world, the pandemic has added more work on top of work.

This means that men, in some cases, are even seeing their productivity amplified while staying at home, while women are juggling too many responsibilities, and end up potentially damaging their professional results. A staggering example comes from academia. Since the epidemic started, the number of papers submitted by women to scientific journals has dropped, while men have been far more prolific than usual.

Because of the unequal distribution of responsibilities at home, women risk falling behind in their careers, and at a time when layoffs have themselves become an epidemic. This means women risk their positions, or at the very least see the men sprinting forward, as they are essentially held back by the very same inequalities they had to fight to pursue their careers – only much strengthened by the virus.

The coronavirus has acted as an amplifier of inequalities: People who were disadvantaged before the pandemic became the most hit, both by the disease itself and by its fallout. Minorities, immigrants, and low-income people are paying a disproportionate price in this crisis – and so are women, despite the fact that they are less likely than men to experience serious medical complications due to the virus.

Women are paying in physical and psychological health. As the world is locked down, domestic violence is surging. From Argentina, to Germany, to Papua New Guinea, the volume of domestic violence – which is overwhelmingly perpetrated against women – has gone up so much that it has prompted the UN to speak about it as a kind of war against women.

The emergency is causing important setbacks for economic and social equality, and the progress that seemed to have been made – or stated, at the very least – in recent years, is now in jeopardy. Unpaid labor and childcare are just one – unfairly paid work is another.

In the US, about one third of women are employed in jobs that have been labeled as “essential” during the pandemic. They are the majority of workers in hospitals, grocery stores, nursing homes, and in most cases earn less and, especially when it comes to women of color, have less job security than their male counterparts.

By virtue of earning less – on an average, a woman in the US earns only about 80% of the income of a man in a similar position – women are also less able to save, and more likely to end up in poverty should they lose their job, or get sick and run out of paid leave.

On top of this, new research has found that women in the UK are 47% more likely than men to have lost or to have even quit their job. Women who quit might have done so because the family has no other option for childcare. Even in better circumstances, women are less likely to return to the workplace once they have left. This is probably going to be even harder in the current situation.

The number of couples in which both members lost their income is higher than ever. When this happens to parents, it is likely that the woman will take on the role of homemaking and taking care of children full time, while the man will look for a job first, especially since men still tend to be the higher earners.

Even for the women who then return to the workforce once the emergency subsides, the time they spend outside a job will have important consequences on their earning potential. The pandemic did not create any of these issues – women were dropping out of the workforce around the world prior to that, too – but it did make them worse, as one would expect from a pandemic.

Yet the biggest danger is that by retreating to the domestic sphere, women are losing important social visibility. It will be hard to make up for the symbolic loss, and change the perception that when a crisis strikes, a woman’s place is at home. When it comes to this kind of damage, however, there is an important way to counter it: by spotlighting the role of prominent women in saving lives in the crisis.

Think about countries with enough gender equality to elect women as heads of state – Jacinda Arden’s New Zealand, for instance, or Angela Merkel’s Germany – fared better than most others during the pandemic, and female leaders have been able to protect their citizens much better than male ones in some cases. There is at least an interesting correlation to reflect upon, suggesting that the kind of social and political progress that manifests itself in a female leader also indicates better readiness to deal with historic challenges.

There is also evidence of inspiring recovery paths, such as Hawaii’s Feminist Economic Recovery Plan, which is centered around gender equality and women’s rights, deliberately betting that a feminist society is fairer and stronger – economically, and civically.

The coronavirus crisis has shown important evidence in the fragility of the progress towards gender equality. While forcing millions of women to retreat into domesticity, it has also shown just how essential women are both inside and outside the home.