Putin’s (uneasy) ride to stay in power for good

Masks are off – on Tuesday it became clear why President Vladimir Putin proposed a package of changes to the Russian Constitution, which has remained largely intact since it was approved through a referendum in 1993.

Putin wanted to have an option to stay in power for at least another 16 years and it appeared that the Kremlin decided to use the most blatant and easy route. After a clearly choreographed “proposal” by State Duma deputy Valentina Tereshkova, also the first woman in space and a staunch political ally of whatever regime has been in power in Russia, Putin magnanimously agreed that his current and previous presidential terms can be reset.

After a certain approval from the Constitutional Court, Putin will have the legal ability to serve as Russia’s president for another two terms, until the year of 2036. This will make him one of the longest-serving leaders in Russia’s history. He will surpass such historic figures as Joseph Stalin and Catherine the Great.

Putin clearly sees his presidency as his personal fate. He sees himself as the builder of the modern Russian state. Surely, he sees that his job has not been finished yet – millions of Russians are still poor, the country’s economy is heavily dependent on oil, corruption is more rampant than at the beginning of his first term and the judicial system has essentially merged with the executive branch of power.

Putin thinks that he just needs more time to solve these issues and steer Russia away from the storm that has engulfed the global economy. What he doesn’t seem to realize, however, is that Russia’s main problem is Putin himself – lack of genuine political competition stifled economic growth and made it impossible to fight corruption and build independent courts.

Still, Putin believes in his mission stubbornly, and so he tried to change the system hoping that it can produce more growth. He will be disappointed. As it often happens, whatever Putin says is the opposite to what is actually being done.

For instance, Putin proposed to shift power away from the presidency to the two chambers of the Russian Parliament (the Duma and the Council of the Federation), thus increasing the role of checks and balances in the system. He also proposed a term limit for the presidency, removing the “consecutive” clause, which allowed Putin to be re-elected in 2012, and limiting persons running to a maximum of two terms.

These structural changes have been wrapped in a number of populist initiatives. Putin proposed to stipulate in the Constitution that the minimum wage must not be lower than subsistence level and to guarantee an annual increase in pensions and social benefits.

Putin also reflected his ongoing sentiment that Russia is a besieged fortress under attack by proposing a flat ban on high-ranking officials holding foreign citizenship. He offered to limit the power of international agreements, most of all the power of the European Court of Human Rights, in case its rulings contradict the Russian Constitution.

After more than 20 years of rule, Putin feels the urge to demonstrate that he is presiding over a vibrant and flexible country that is moving forward against all odds and is capable of reform. The truth is, however, that the proposed constitutional changes will essentially keep the system he has constructed intact. 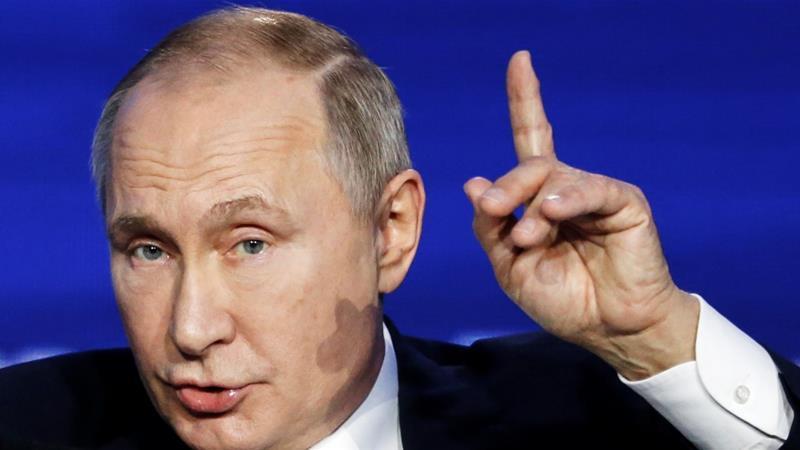 First of all, it does not matter whether power in Russia is diluted away from the presidency to the Parliament. The Parliament in Russia has no agency. It is indivisible from the Kremlin and the presidential administration. The same goes for all other government agencies. Even if Putin were reforming the system in earnest, the fact that he controls all levers of power in Russia – the Parliament, the judicial system and the government – makes any shakeup of authority between these branches meaningless.

Secondly, Russia is a country that is ruled informally, where laws are adjusted and applied in accordance to whatever has been decided behind closed doors by the only real politician in the country – Putin himself – and a handful of people belonging to his privy council.

Finally, the amendments he proposed are imitational themselves. For instance, under the new framework, the prosecutor general would be appointed by the president following “consultations” with the Federation Council, the upper chamber of Parliament. Today, the president nominates a candidate that has to be approved by the senators.

Putin still needs a strong mandate from the Russian people to make sure his system surpasses the next electoral cycle. This is a real challenge, and this is where Donald Trump’s potential re-election in the United States in November can be a helping hand.

As of now, the Russian economy is underperforming. The euphoria over Crimea’s annexation has evaporated, which tilted Putin’s approval ratings toward a steady decline. Russians are increasingly tired of economic hardship and see no prospects for improvement in sight. Real incomes fell by up to 10% since 2014 and have remained stagnant since. To bolster his mandate, Putin needs to give a boost to the economy and/or show some spectacular achievements with regard to Russia’s multiplying international engagements.

Trump can help with this. He has been more lenient toward Russia than any other American politician would be. He said that people of Crimea might want to stay in Russia rather than where they have been before. He believes the Syrian conflict can be resolved between Russia and local players. Overall, he would want to make a grand deal with Russia, so the two countries would have a “great relationship,” as he said.

This is music to Putin’s ears. Unable to change the current model of governance in Russia, one of the few ways he could give a boost to the rigid system he built is by easing the sanctions imposed on Russia. During his second term, it might get easier for Trump, who was everything but crucified for his friendliness to Putin during his first few years in the White House, to actually do something good for his friend in Moscow. The sanctions might not be removed altogether, but they might be applied more leniently.

Moreover, if the conflicts Russia is currently engaged in can be resolved in the Kremlin’s favor, this would be good for Putin too. It would relieve Moscow of the burden of keeping troops in the Middle East and bring vital resources back home.

The truth is that Vladimir Putin has built a system in Russia that works only if he is at its center. In terms of economic growth, this system has used up all of its potential. The only boost can probably come from the outside.

Overall, Putin now believes religiously in his special mission of building a new Russia and fighting against its enemies. As he stays in the Kremlin, these enemies seem to only get more numerous. With or without Trump’s help, it seems that Putin and his team are becoming more brazen and insolent, which can be a recipe for their eventual downfall.

When China’s economy met the virus: the challenge of deglobalization