China is the world’s largest importer of natural gas. Yet, since last summer, Chinese industries have started to export it on a vast scale, as they accumulated a large glut of gas supplies due to the decrease in domestic energy demand, caused by the government-imposed COVID-19 lockdowns. Consequently, it occurred that Chinese LNG enterprises began to profit by reselling their LNG provisions. The main buyer is the European Union, which is facing the challenge of energy stockpiling to address the coming winter with a significant reduction of Russian energy imports. Currently, Europe’s gas storage is almost 80% full. 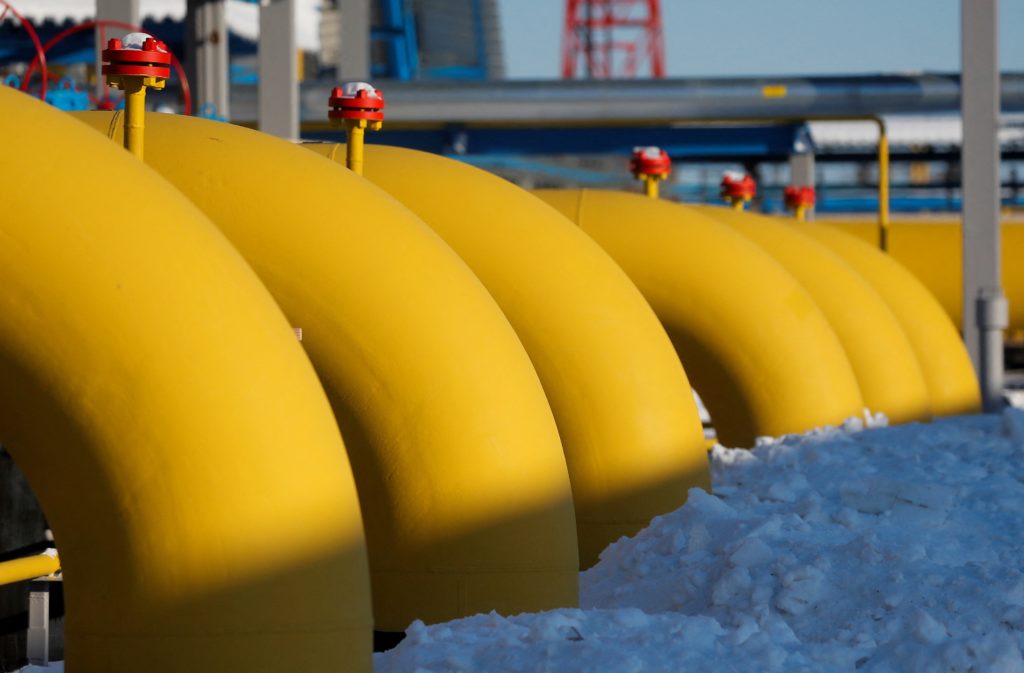 In the past six months, the percentage of Russian natural gas imports into the EU has dropped from 40% to 9%. As there are no rules of content origin, it is very likely that, paradoxically, some of the Chinese gas shipped to Europe comes from Russia. The Financial Times estimates that the amount of LNG shipped to Europe could be about 4 million tons, meaning about 7% of Europe’s total gas imports in the first half of the year. Thus, it seems that China plays the middle man between Russia and Europe in the natural gas trade.

Read also: The Ukrainian conflict and the long story of energy pipelines

Increasing energy supplies from China is part of Europe’s strategy to expand its import network of energy resources in order to become independent from Russia, thus depriving the country of its main source of income. However, the implementation of the EU-China partnerships carries different strategic and logistical risks, given that the People’s Republic is both an authoritarian regime and – according to official EU policy – a partner for cooperation and negotiation, an economic competitor and a systemic rival. Furthermore, taking into account the escalation of tensions on Taiwan’s sovereignty and the massive deployment of military forces in the surrounding territories, this year, for the first time, the EU mentioned Beijing as a “systemic challenge” in the Strategic Compass 2022 produced in Lisbon in July.

In the NATO 2022 Strategic Concept, the Chinese Communist Party has been accused of “malicious hybrid and cyber operations and confrontational rhetoric and disinformation” against Western countries. Despite this, as the EU and China are respectively the world’s second and third largest economies, they are invested in a deep economic cooperation. Great examples of the growing economic connections between the two continents are the memoranda of understanding signed by some EU countries in the framework of the Belt and Road Initiative (BRI), although several European governments expressed their skepticism about the convenience of this relation. In addition, China holds 90% of the world’s reserves of rare earths, which are critical elements to the energy transition and advanced technologies. Therefore, European countries have great interest in Chinese reserves, well beyond LNG, since the energy transition is one of the main pillars of the current European Commission recovery strategy.

Under these circumstances, the new main market for Russian gas has become China. In fact, according to the South China Morning Post, in the first six months of this year, China increased the amount of LNG imported from Russia by nearly 29%. Thus, Russia exported a total of 2.35 million tons of LNG to China, surpassing Indonesia and the United States to become China’s fourth-largest supplier of LNG. The Power of Siberia 1 pipeline is expected to supply 16 billion cubic meters of gas this year. On top of that, Russia’s main gas company Gazprom has recently announced that the shipments will be arranged both in rubles and yuan to shift away from euros. The same was agreed with Turkey. In contrast, European countries refused the rubles payment, that Moscow had demanded, so the Kremlin turned off almost all the gas taps. In view of these latest events, it may appear that Presidents Vladimir Putin and Xi Jinping have further strengthened their trade and diplomatic ties.

However, relations between China and Russia have also deteriorated lately. Although Beijing initially abstained at the UN Security Council vote in April 2022 regarding an immediate end to the Russian attack in Ukraine, the economic damage caused by the conflict exacerbated the tensions between Putin and Xi. Indeed, during the Samarkand Summit, the Chinese President stated that Beijing will not militarily support Moscow in the context of the ongoing Ukrainian war. Thus, the Chinese Communist Party partially aligned with the call by Western governments for peace to “resolve the issue through dialogue and negotiation and find a solution that accommodates all parties’ legitimate security concerns”, as Foreign Minister Wang Wenbin said during a regular press conference in September.

Other frictions between Moscow and Beijing are appearing in gas trade. Right now, the implementation of LNG trade suits Russia more than China. Indeed, the latter has built a well-diversified energy import network over the years stretching from Asia to the US.  For example, the increase in Russian exports to 16.5 bcm in 2021 is only a small fraction compared to Australia’s 30.7 million tons and 367 bcm from Turkmenistan. Consequently, although China’s domestic production is expected to grow, the country’s LNG imports from Russia will probably decline by 20% for the year 2022. Being in an advantageous position, Beijing, therefore, demands lower purchase prices than those paid by European countries. However, the Russian energy market is a viable alternative for China to obviate dependence on offshore raw material supplies in Central Asia, known as the “Malacca Dilemma”. The Malacca Strait is the shortest sea route between the Middle East and East Asia, which means that it is a crucial bottleneck for the Chinese maritime trade and commodity supply. In 2003, Chinese President Hu Jintao coined the expression “Malacca Dilemma” referring to the navigational control exercised over the strait by some powers, implying the United States.

The Chinese-Russian gas market efficiency is also affected by some technical and logistical problems. For instance, at the moment, the Power of Siberia 1 pipeline is not operating at full capacity. To increase the interconnection of Sino-Russian gas pipelines, the two countries’ industries are willing to invest in a new infrastructure project called Power of Siberia 2. According to Russian Deputy Prime Minister Alexander Novak, the 2,600 kilometer-long pipeline will transport 50 billion cubic meters of gas annually from the reserves in the Yamal peninsula in West Siberia, usually destined for Europe. Initially, the construction of the new pipeline was to begin in 2019, but the pandemic slowed down the project. In July, Mongolia’s President Khurelsukh announced that work would begin in 2024 and be completed in 2030. Mongolia is involved in the project not only for geographical reasons, but also for economic and political interests. In fact, Russia is the leading energy country in Mongolia, while China is its main market. All considered, building infrastructure for the Sino-Russian energy trade will take several years and the projects may be affected by the war in Ukraine.

The numerous issues related to the energy triangle of China, Russia and the European Union are critical for the future of their trade ties and already have significant global implications. At this stage, China does not entirely cover Europe’s energy shortages, Russia is not able to sell to China the same amount of gas that it used to ship to Europe, and the EU might become dependent on Chinese gas supplies, while seeking independence from the Russian stocks. Currently, the two main strategies of European Union to address the risk of energy dependence on one country consists in diversifying resource supplies and promoting the energy transition. EU Commission President Ursula von der Leyen covered these topics during the State of the Union address on September 14th.

The European Union is considered the leader in the energy transition, however, the war in Ukraine and the rising cost of raw materials could change European priorities, causing them to shift their focus to the quantity rather than the quality of energy resources.

Alessandra De Martini holds a Master’s Degree in Investigation, Crime and International Security from University of International Studies of Rome (UNINT). In her Master’s thesis she analyzed the geopolitical consequences of the green transition. She researched on African social and political issues during an internship program in the online newspaper "Caffè Geopolitico".