The geopolitics of easing Covid lockdowns

As numerous countries gradually emerge from nearly two months of Covid-19 quarantines, many citizens will struggle to transition from lockdown limbo to the “new” normal and its accompanying realities. Political necessity, public pressure and economic survival demand the start of a re-opening process – and where reasonably possible, at a progressively elevated pace.

However, the brutal reality is that without a vaccine or effective treatments, the coronavirus remains a deadly threat. In particular, for vulnerable segments of society including the elderly and those with underlying medical conditions. The objective must be to save lives and livelihoods, which are not mutually exclusive but will require civic responsibility and concerted action. 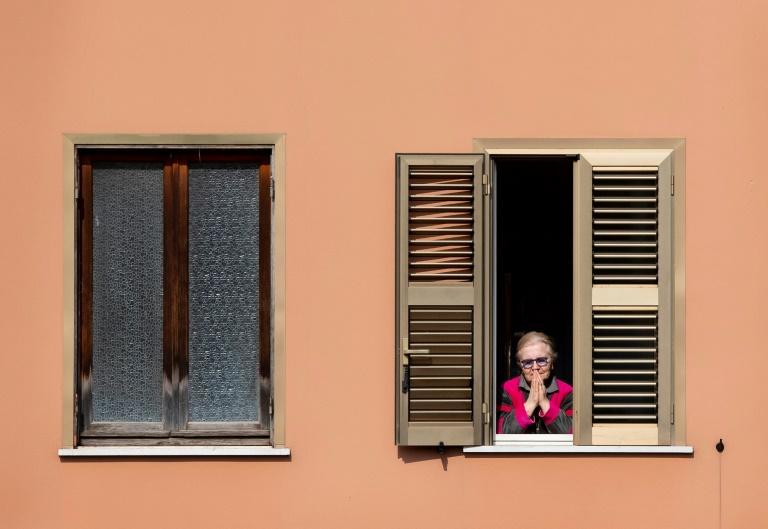 Many western countries are entering unchartered territory as they exit lockdown. On the one hand, activities such as mass testing and social distancing will be common norms for the foreseeable future – primarily aimed at preventing second waves of infections. However, uniform standards often cannot apply to all countries or even within countries, particularly as Covid’s impact varies according to locations. The bottom line is that one size does not fit all. Each state must pursue flexible and pragmatic policies that produce results – whether at the national, regional or local levels – and within the constitutional framework of each given democratic society.

Some Asian societies are clearly better prepared and equipped in confronting Covid due to precedent and experience with other viral outbreaks over the last 20 years, particularly with the 2002-3 SARS epidemic. South Korea and Taiwan clearly stand out as solid examples. Through practical measures and civic responsibility, they demonstrate how a society can continue functioning while confronting a pandemic.

Yet constant vigilance is required as Covid’s ability to resurface and spread quickly should never be underestimated. Until recently, Singapore was a top ten global performer in combating Covid. However, an unfortunate outbreak among close-quartered migrant workers triggered a new wave of infections. Singapore was forced to reimpose stricter measures – although its numbers remain comparatively very low.

With only 429 Covid infections and six deaths, Taiwan has provided some of the most valuable pandemic lessons. Regarded as a renegade province by the mainland’s ruling Chinese Communist Party (CPP), Taiwanese officials are keenly aware of the CCP’s playbook and expertise for repression and coverup. Taiwan understood early on that a deadly viral outbreak was occurring in the Chinese city of Wuhan, where Covid virus originated. By early January, Taiwan began screening travelers from mainland China and taking necessary measures to combat the outbreak.

Furthermore, Taiwan’s early warnings to the World Health Organization (WHO) about the outbreak went unheeded. As WHO’s leadership tows Beijing’s line on no recognition of Taiwan, it must bear its fair share of responsibility for the consequences of ignoring Taiwan’s pleas. It initially politicized the fight against Covid  which inevitably led to the loss of precious time and most certainly lives.

Despite China’s early “mask diplomacy” and aggressive disinformation campaign, its narrative of a superior one-party system defeating Covid has been largely debunked.  International public opinion is increasingly, and correctly, holding the Chinese government responsible for trying to cover up Covid’s existence and then downplaying its severity. This led to its rapid spread at home and globally resulting in the loss of hundreds of thousands of lives, millions of livelihoods and the practical collapse of the global economy.

Covid’s ability for twists and turns has also struck Russia. After immediately closing its extensive border with China in January, Russia confidently engaged in a goodwill gesture of “venilator diplomacy” with countries like Italy and the US. However, it soon reversed course after an upsurge in infections at home. Ironically, in April China closed its border with Russia as it struggles with Covid infections from its citizens returning from Russia.

Despite numerous warnings, many western leaders underestimated the virus’ speed and caught off guard upon impact. In particular, the virus’ ability to overwhelm a medical system. However, others who heeded early advice and took action are now better prepared to ease lockdowns. While Italy, France, Spain and the UK suffered from Covid death rates above 20,000, a different tale prevails in other parts of Europe.

Until now, Germany has resisted the bloody Covid trend among major western European countries. Emerging as an exception was due to various factors including effective organization – such as mass testing of 100,000 citizens per day. Furthermore, there was responsible political leadership at the federal, regional and local levels, and a high level of civic responsibility of ordinary people.

Greece defied the odds by imposing draconian measures and until now remains relatively unscathed. It begins quarantine exit from an advantageous position. However, its fragile economy will not escape the pandemic’s economic fallout, particularly its critical tourism industry when summer begins.

Much credit is also due to the states of Central and Eastern Europe (CEE). Although seeing its first cases in early March, CEE states were already observing the carnage unfolding in Italy. They astutely used the brief but precious window of opportunity to their advantage by immediately imposing effective rapid reaction measures. These included being the first to shut borders in Europe, closing all but non-essential shops, strictly limiting public gatherings and imposing mandatory mask laws.

The Nordic states of Denmark, Norway and Finland initially imposed strict measures which resulted in extremely low death rates. As the Nordic outlier, Sweden’s experimental approach is still mired in debate. While lauded by the World Health Organization, criticism is mounting as is the body count.

Latin America is currently on edge as it seems to be registering the fastest growing coronavirus rates globally. As negative economic pressure mounts in Brazil and Mexico, their presidents are reluctant to stifle business. With Mexico’s expected Covid numbers to peak in mid-May, critical supply chains to the U.S. market remain at risk. On the other hand, mass testing has won plaudits for Chile’s center-right government which just months ago was paralyzed by national protests.

Although Covid’s impact on Africa appears mild until now, pessimists fear the worst is yet to come.  As South Africa and Nigeria, the continent’s leading economic powers, begin easing lockdowns, the Covid jury is still out.

The Covid pandemic has not escaped America’s highly polarized political environment, particularly in a critical election year. With an enormous land mass, a population of over 320 million and a federal constitution overseeing 50 states, success in the Covid struggle will be largely determined at the state level. A governor’s authority to open or close a state, including easing lockdowns, combined with responsible efforts by local officials and citizenry will ultimately define any given outcome.

Thus far, the numbers range dramatically across the nation.  The northeastern states of New York and New Jersey combined account for roughly one-third of Covid infections and deaths in America. On the other hand, America’s three largest states by population – California, Texas and Florida – combined account for roughly 10% of US infections and approximately 6% of deaths.

While May marks the month of gradual transition from lockdown limbo, June will likely signal America’s first rude awakening to the new normal. Profound economic damage is beyond doubt – certainly worse than the Great Recession of 2008. The main question is how deep – is it a situation closer to 2008 or the Great Depression of 1929, or perhaps something in between?

It will likely veer toward 1929 if a second wave of infections materializes and lockdowns extend into the third quarter. In such a worst case scenario, the global economy will be inevitably impacted but to varying degrees. Those blessed with ample cash liquidity may be temporarily afforded a softer landing, while most others will bear the long-term brunt of the carnage to come. The loss of 30 million jobs in just six weeks may just mark the tip of the iceberg for the US, but possibly much more for the rest of the world.

Marco Vicenzino, founder and director of the Global Strategy Project, is a strategic advisor in geopolitical risk and international business development to senior executives and corporations operating globally and appears as an expert commentator on world affairs on leading international media outlets, including CNBC, BBC and CNN. He is also a Country Risk Expert for Euromoney, a leading global business and financial media company.