Between a surge of Covid-19 cases, Black Lives Matter protests sweeping the country, and Donald Trump’s forays into authoritarianism, with national guard and secret police sent into cities to stop protesters, one thing seems to have slipped through the cracks of the current debate: The US is on the brink of a big recession – the fastest in history, and one that might change the economy, and beyond, for good. 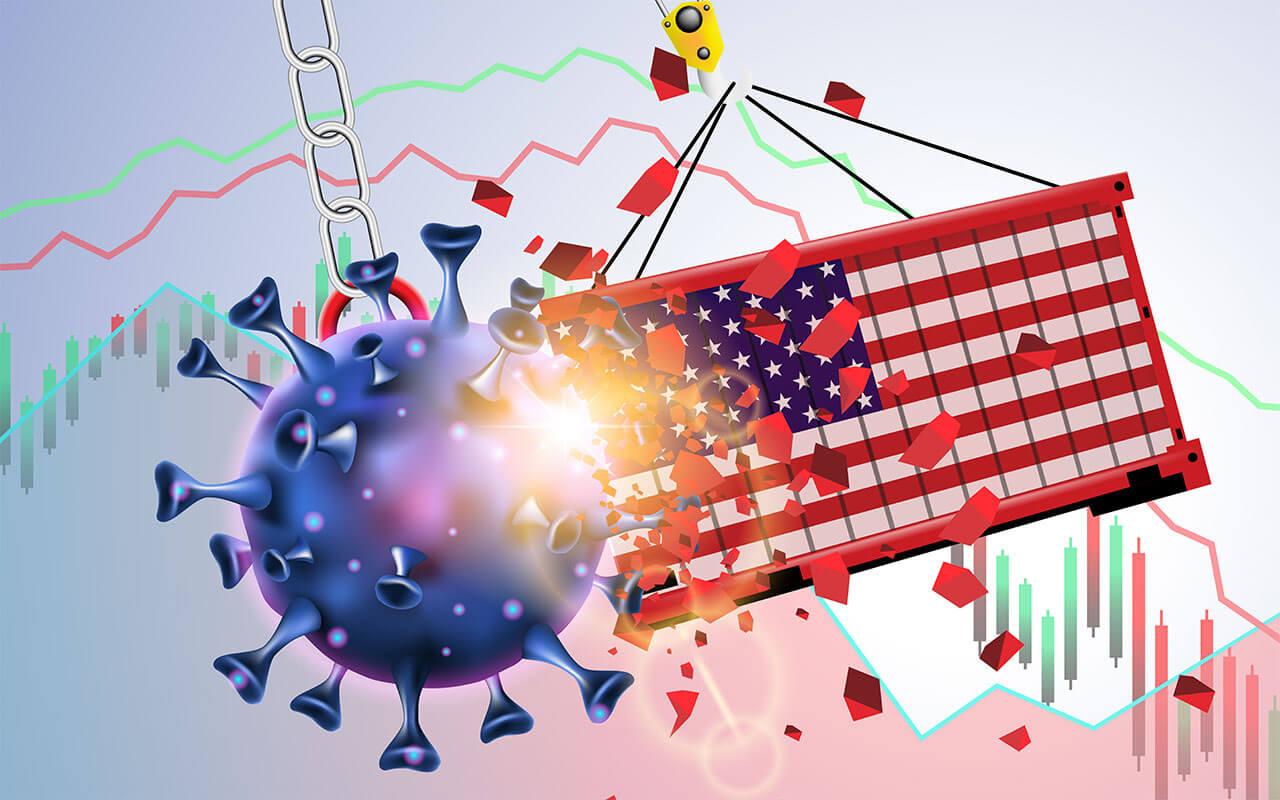 What happened since March in the US (and around the world) has been largely unfathomable and pretty much unprecedented, and continues to be unpredictable. Parts of the country that were hit hard early on and went into complete lockdown have reopened or are in the process of doing so; New York City, perhaps the most representative of this category, is slowly coming back with all the resilience it is capable of. Others, like California, are experiencing rising numbers of cases despite the lockdown. Others still, such as Georgia, were too quick to loosen up their regulations and are now facing a surge in cases. Either way – be it because of the disease, or the necessary control measures – businesses are experiencing distress and downturns that in some cases are already beating 2008.

The CARES act and initial stimulus package introduced in late March, a Columbia University research found, helped keep poverty in check, and the job numbers for May and June were strong. But small businesses are struggling despite the government loans, and new challenges are about to come up as schools may decide not to open up, and parents will be dealing with childcare shortages. Further, the federal aid package that allowed the economy to stay afloat through a stimulus check and additional unemployment benefits is about to expire, and negotiations on the shape of the “phase 4” stimulus risk are delaying its start.

According to an Associated Press’s poll published on July 24, Americans are not feeling so optimistic about their prospects. In April 78% of the people who had lost their job because of coronavirus thought it was a temporary situation. In July, nearly half of them are actually expecting the job loss to be permanent.

What makes it especially hard not just for businesses to come up with strategies to stay afloat, or come back, is how different this economic crisis is from the previous ones.

For one, while analysts and experts had warned that, pretty much physiologically, the economy was likely going to encounter a recession this year, they certainly didn’t expect that the cause of the recession would be outside the economy itself, let alone in a pandemic. So far it remains substantially impossible to say for certain when things will be under control, let alone be back to the chimeric “normal”: thus, there is no possibility to plan with any degree of certainty.

This is exacerbated by the fact that the government is not tackling the health emergency with the same degree of involvement that it is the economic one, particularly when it comes to testing and tracing. Although the White House preoccupation with reopening is ostensibly dictated by an intention to prioritize economic recovery, it ends up delaying it further, or putting it at risk of big setbacks—as it’s been, for instance, in Georgia. In a way, businesses are being faster in understanding that maintaining the health of the population is quintessential to weather the storm, and many are stepping where the government will not, for instance by setting safety guidelines or demanding face coverings.

Then there is the issue of how uneven it all is: While most businesses are getting hit in some form, some are being hit disproportionately – airlines, travel, the service industry, for instance, which have no way of telling when and if they’ll be able to resume financially viable operations. Other still – live events, entertainment – have already written 2020 off their books entirely, and have no reliable timeline to follow for a comeback.

Finally, there is the incognita of what the US will look like, as even if businesses will eventually be able to resume regular operations, they might find themselves in very different circumstances. Working from home has become a new normal for many, and it’s fair to imagine it might remain more common even in industries and companies that had until now maintained traditional schedules: Will offices downsize, and metropolitan business hubs go empty? What will happen to the services that catered corporate America? And, if people do not need to commute to their offices, will they abandon big urban centers? What might await us at the end of the pandemic is a world that does not need what it once did.

With this level of uncertainty ahead of them, Americans are waiting for the government to take action, but partisan differences are making themselves felt: Republicans propose a blanket ban on liability suits that they think will protect businesses from failing to protect their workers, and have suggested reducing the maximum federal unemployment to a sixth of the current value, leaving people with $100 a week of federal support (another proposal aims at getting people up to 70% of their original income, rather than a full compensation). Democrats oppose the benefits reduction, as well as the liability suit prohibition, and unlike Republicans would like the stimulus to continue past the November election.

Indeed, Hovering over all this is  also the end of the strangest presidential election’s campaign in recent memory – both party conventions, for one, will happen remotely – and an apparent crisis of confidence in Donald Trump’s ability to protect the economy from a bigger crash. On July 30, news dropped of a 32.9% rate of reduction in GDP in the second quarter—an “horrific,” never-before-seen drop according to economists and statisticians—but the president was otherwise intent in suggesting to postpone the election, a taboo so big it drew criticism even amongst the most loyal Republicans.

As the cases continue to go  up, and Americans wonder whether they will be forced back into shelter in place mode. Mood amongst laypeople, and experts alike is to brace for impact—though its timing, and true size, remain largely unclear.