Sustainable recovery and the opportunities of innovation

by Francesco Ciaccia and Agostino Inguscio

Accelerating the implementation of the Paris Agreement, including efforts to limit the temperature increase to 1.5°C above pre-industrial levels, will be crucial to offset the impact of climate change. This is also one of the main objectives of the Italian presidency of the G20 for 2021.

When it comes to climate action, the G20 presidency has decided to focus its attention on the connection between climate and energy. The goal is to accelerate towards a progressive reduction of global greenhouse gas emissions with a view to achieve a net-zero world, in line with the Paris Climate Agreement, while enacting a new energy system conducive to greater sustainability and prosperity for all. 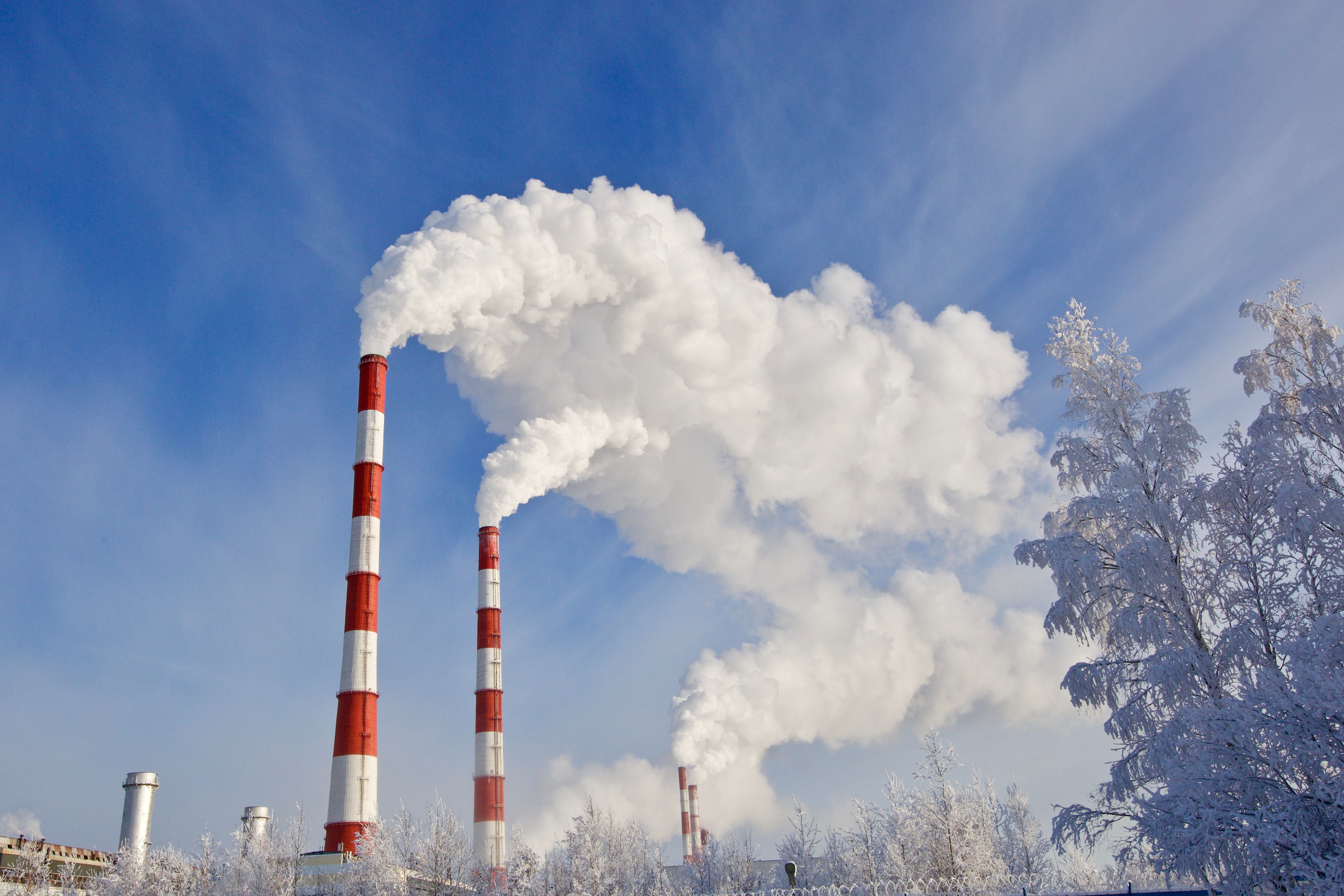 Currently, more than 120 countries, responsible for over 70% of global emissions, have announced their intention to bring greenhouse gas emissions to net-zero. However, under stated policies, the world is far from achieving the goals of the Paris Agreement. For this reason, immediate action is essential to reverse the upward trend of global emissions, which have already rebounded above 2019 levels as of December 2020, from an initial 14% drop at the peak of the pandemic.

The pandemic, itself, represents a crisis unprecedented in scale, magnitude and reach, which needs to be addressed and transformed into an opportunity. The aim should be to build back in a better and greener manner towards a more sustainable and just future. During the course of the Italian Presidency, the G20 membership are engaging on precisely this, as well as levering on the opportunities offered by innovative technologies to reach common climate goals.

The economic stimulus packages and recovery plans that governments are now putting in place have the potential to create such a recovery. This would allow governments to progress towards climate and environmental goals, such as the transition to a climate neutral future with net zero emissions, while also providing the only kind of growth that will remain meaningful in the future, a sustainable one. Green state-driven investments can lead to strong economic growth shortly after their implementation, including the creation of quality jobs.

For instance, according to the International Energy Agency’s Sustainable Recovery Plan, mobilising $1 trillion (30% from public sources) in clean energy investments could generate 9 million new energy-related jobs over the next three years in fast-growing industries, where sustained employment growth will continue through 2030. At the same time, the International Renewable Energy Agency estimates that every million dollars invested in renewables or energy flexibility would create 25 jobs, while each million invested in efficiency would lead to 10 jobs.

A green, inclusive and just recovery will significantly enhance the resilience of economies and societies in the face of accelerating climate challenges. G20 countries have the opportunity to lead the way on the global economic recovery, ensuring that it is aligned with climate goals and promotes global solidarity.

Data currently available – for instance from the OECD Green Recovery Database – suggests that examined countries, including those in the G20, are devoting significant resources towards recovery measures with a positive climate impact. However, funding tagged as negative or mixed still surpasses environmentally positive measures. While it is inevitable that, in the short term, some resources will go into sectors not aligned with climate imperatives, these must be properly oriented to avoid additional lock-in, weakening of global economic and social resilience and moving the Paris Agreement goals further beyond reach. The long-term risks of such a state are clear: Unless properly oriented, recovery measures may lock in existing industrial structures, perpetuate a business-as-usual approach, reduce global economic and social resilience and risk derailing the Paris Agreement.

The pandemic came at a moment when the necessary shift towards the clean energy transition needed an additional $1 trillion dollars a year between 2021 and 2023 globally to reach the Paris Agreement goals. The G20, in leading the mobilisation of sustainable recoveries, should consider affordability, reliability, viability, equity and inclusivity as central principles.

A significant portion of the emission reductions needed to reach net-zero emissions must come from technologies that have not reached the necessary maturity to be used at scale today. Recovery efforts often focus on shovel ready projects, at the detriment of innovation funding. Instead, early investment in R&D for emerging energy technologies, like batteries, advanced biofuels and zero-carbon materials, provide an important runway for countries to develop industries and seize market share for the production of these critical technologies.

Some of these technologies are already gaining competitiveness, as is the case of offshore wind, where technology improvements, supply chain efficiencies and logistical synergies in closely linked markets in Europe have caused rapid cost reductions. This technology provides a complementary solution to some of the challenges faced by onshore wind deployments, mainly with respect to transmission congestion and land limitations.

Furthermore, technologies can reduce some of the perceived negative effects of the deployment of renewables at scale. For instance, the impact on landscape can be minimized by using floating solar photovoltaic. The combined use of space with offshore wind is also possible, allowing a hybrid system that can provide more stable power to the grid.

Other technologies such as ocean energy, the largest unused renewable energy source on the planet, are still mainly in the research and development stages, although projects at small scale are starting to be deployed and are increasing in size.

Some technologies, such as those focused on scaling-up low or zero carbon hydrogen production, can strengthen implementation and delivery of climate goals in the short-to-medium term. Green hydrogen has also started gaining momentum as a source of low-cost renewable electricity, thanks to the ongoing technological improvements and the benefits of greater power system flexibility, such as an energy carrier able to contribute to achieving net-zero emissions from hard-to-abate sectors, such as heavy industry and transport.

Reducing methane emissions represents one of the quickest, most feasible and most cost-effective ways to limit the impact of climate change in the short term: Indeed, methane is a powerful greenhouse gas responsible for at least a quarter of today’s global warming. In this regard, the waste sector offers opportunities to mitigate methane emissions thanks to the biofuels (such as biomethane) production by using the waste-to-fuel technologies and promoting circularity.

While the vast possibilities promised by such new technologies are clear, barriers need to be addressed. These include specific technical challenges and costs that are still too high. Scale-up will therefore be critical to fully exploit their potential and allow them to play a crucial role, bearing in mind that by 2050 power generation will triple compared to today’s levels, and renewables should supply 90% of total electricity by 2050, up from 25% in 2018.

The G20 members agreed on the need to use the recovery phase to tackle these barriers and accelerate technological transitions.

Indeed, technological developments in the energy sector and energy efficiencies have traditionally been some of the aspects where the G20 has found the largest spaces for collaboration.

Since the 2014 Brisbane summit, the G20 leaders started dedicating a full session to discuss global energy issues. In such a context, they endorsed the “G20 Principles on Energy Collaboration” and agreed on the principles underlying the group’s energy policies: strengthen market principles, increase security of supply, abolish fossil fuel subsidies and support sustainable growth and development. It is worth highlighting that the members included amongst such principles the commitment in encouraging and facilitating the design, development, demonstration and widespread deployment of innovative energy technologies, including clean energy technologies.

The challenges related to the energy transition require coordinated intervention by policymakers in order to mitigate or prevent some unavoidable global risks. In this context, the international scene is still looking for a governance of the energy transition process that is able to manage all its variables. The G20, with its model of discussion based on the principle of voluntariness and on soft modes of steering that does not involve the adoption of binding commitments, is working to provide some answers. This forum, indeed, can leverage on agenda setting, coordination among members, knowledge sharing and the involvement of international organizations, offering an opportunity to discuss the main energy issues in a very effective way.