Size matters when it comes to Big Tech

Size does matter after all. After the last financial crisis, the seeds of which were sown by extreme financial liberalization, ended about a decade ago, we got used to thinking that the “too big to fail” label can only apply to financial institutions. In Basel-speak, regulators labelled these as systemically important, imposing additional capital adequacy requirements, with the result that the latest IMF shows that they are more resilient in this crisis. 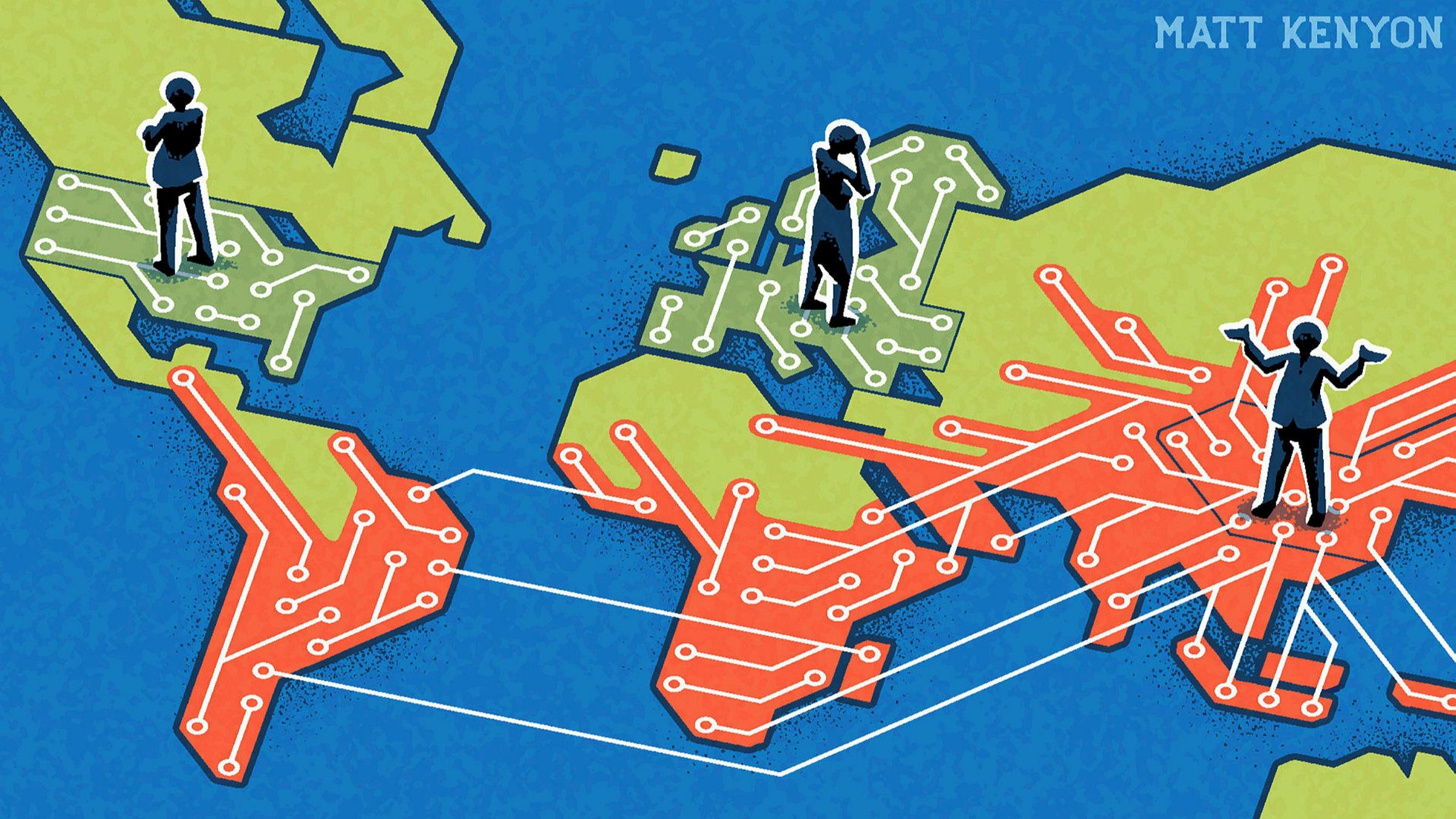 This is good news indeed. The bad news is that we may have a new corporate breed that is too big – and not only to fail – but actually, to continue as is. This breed includes, in particular, American and Chinese technology companies, darlings lifting capital markets from deep red into bright green this year. Indeed, in the past month, the debate regarding the future of Big Tech has spilled all over global news, not least due to the French decision to slap a digital tax on Facebook and Amazon.

While the French have adopted the toughest line against large American tech firms, the European Commission and the OECD are also working in the same direction behind the scenes. The EU’s planned Digital Services Act, likely the most controversial legislation expected from the body, gives hope for the emergence of a common position on tech firms’ use of citizen data. At the same time, the OECD has been laboring on a digital tax solution, until now blocked by the United States.

The transition of power in the Oval Office, creates further uncertainties for Big Tech, with much speculation about signs given by the potential appointment of President-elect Joe Biden’s advisors, many of whom are former industry executives. They will be urgently called upon to clarify the American position in this emerging war, which could possibly be a second, large one after the US-Chinese confrontation under the Trump administration.

The future of American Big Tech will certainly be one of the most urgent foreign policy issues to be addressed by the new President. In a few weeks, we will likely have a confirmation of whether these firms will be the subject of a new trade vendetta. In this brewing trade war, policymakers should be careful to treat all tech companies the same, or risk throwing the baby out with the bathwater. In particular, “tech intermediaries” – e-commerce and social media platform data – merit particular attention as their business models are premised on important conflicts of interest.

Fundamentally, this conflict of interest entails turning the consumer into the product of its interactions. As one of the protagonists in the documentary “Social Dilemma” offered succinctly, “if you don’t pay for the product, you are the product.” The danger of citizens becoming the product of tech platforms, such as Google or Facebook, is particularly heightened now, given that tracking and tracing are becoming a hallmark of public healthcare policy during the pandemic.

As commercial and human interactions shift online, AI-harvested information will allow to “optimize” social exchanges with the same efficiency that stock markets were “optimized” by powerful algorithms a decade ago. The consequences of this “efficiency” are laid bare in Michael Lewis’ “Flash Boys” which highlights algorithms’ adverse role in stock market fairness. Yuval Harari and other scientists’ warnings over government use of biometric data to monitor citizens beyond needed healthcare parameters give food for thought.

Regulators globally are showing signs of concern over the dominance of some Big Tech as demonstrated by the Google anti-trust case brought on in October by the US Department of Justice. The search engine, according to the suit, accounts for 90% of all queries made in America and as much as 95% of all searches on mobile devices. And size is not the only problem. The recent Amazon fake reviews scandal highlights what is at stake when conflicts of interests faced by these platforms go unchecked.

The question of the day is whether Big Tech, especially social media and e-commerce firms, should be restructured and if so, how and by whom. To expect the “industry” to self-regulate, as highlighted by Martin Wolf’s recent essay addressing the state of capitalism, would be naïve. Regulators attention will be required domestically, and their agreement internationally will be needed to solve the thorny issues at hand, not least, competition, privacy, data ownership and taxation.

Focusing attention on what is at stake will be critical. The Congress Investigation in Competition in Digital Markets released earlier this year, looks at Big Tech singularly from the prism of anti-trust. Yet, the re-organization of tech platforms should focus not only on their size, but also on their fundamental conflicts of interest. To solve these, in many cases separation will be needed between the customer data collection and sales sides of these businesses.

The data collection services should be subject to national regulation and should possibly not belong to these firms at all, as the Commission is already considering. The danger of data harvesting and arms sales co-existing in the hands of a single firm, even with Chinese walls, can be easily gleaned from looking at the audit industry, which has been in the spotlight this year for significant governance failures of its own.

In order to be effective, the system of oversight of tech giants must fundamentally shift lens. While Big Tech is currently subject to the same rules of the game as other listed companies, they (and in particular tech platforms) should be subject to additional oversight. This could, for example, be achieved by mandating subsidiary boards at the national level and introducing specific additional governance requirements for Big Tech as we currently have for banks.

These requirements could, for example include the formation of specific board committees. Companies such as Facebook or Amazon have a Remuneration and Nomination Committee but curiously no board-level committee that focuses on their social influence. And since many tech giants are listed in the US, they are not required to have a separation of CEO from chair roles, the consequences of which we recently saw again in the aborted WeWork IPO, Tesla and countless other companies.

And yet, in many Big Tech firms that are systemically important for the cohesion, safety and even stability of our society – much more so than any bank – continue to have this practice. Mark Zuckerberg remains CEO and Chair of the Facebook board, despite the fact that most institutional investors worldwide are openly against this practice. This alone, stymies other much-needed governance reform to render Big Tech more accountable to its stakeholders going forward.

Indeed, the debate on if and how to restructure Big Tech should be open to global stakeholders, beyond fiscal, anti-trust and securities authorities. The debate about social media and e-commerce platforms – the new “intermediaries” of our Covid-19 tech existence – should not be held between the industry, the Oval Office and the party headquarters. Integrating other stakeholders will allow to address privacy, cognitive impact and political influence of tech platforms – which requires looking at their governance.

The mixed prospects for US policies toward Latin America