When Russia’s invasion of Ukraine disrupted global food supplies and sparked panic in much of the world, India saw a rare window of opportunity. A major producer of wheat, it wanted to fill the gap in supplies and become a top wheat exporter. Indian leaders seemed confident in the country’s capabilities.

“The food stock of the world is getting empty. If the World Trade Organization gives permission, India is ready to supply food stocks to the world from tomorrow,” Prime Minister Narendra Modi said in early April.

But a series of miscalculations made worse by extreme weather have put a damper on India’s wheat ambitions, leading to panic, confusion and embarrassment on the global stage. A month after Modi’s offer of feeding the world, India announced curbs on wheat exports sending shockwaves across the globe and exacerbating food security woes. On May 25, 2022, India announced it was limiting exports of sugar too. 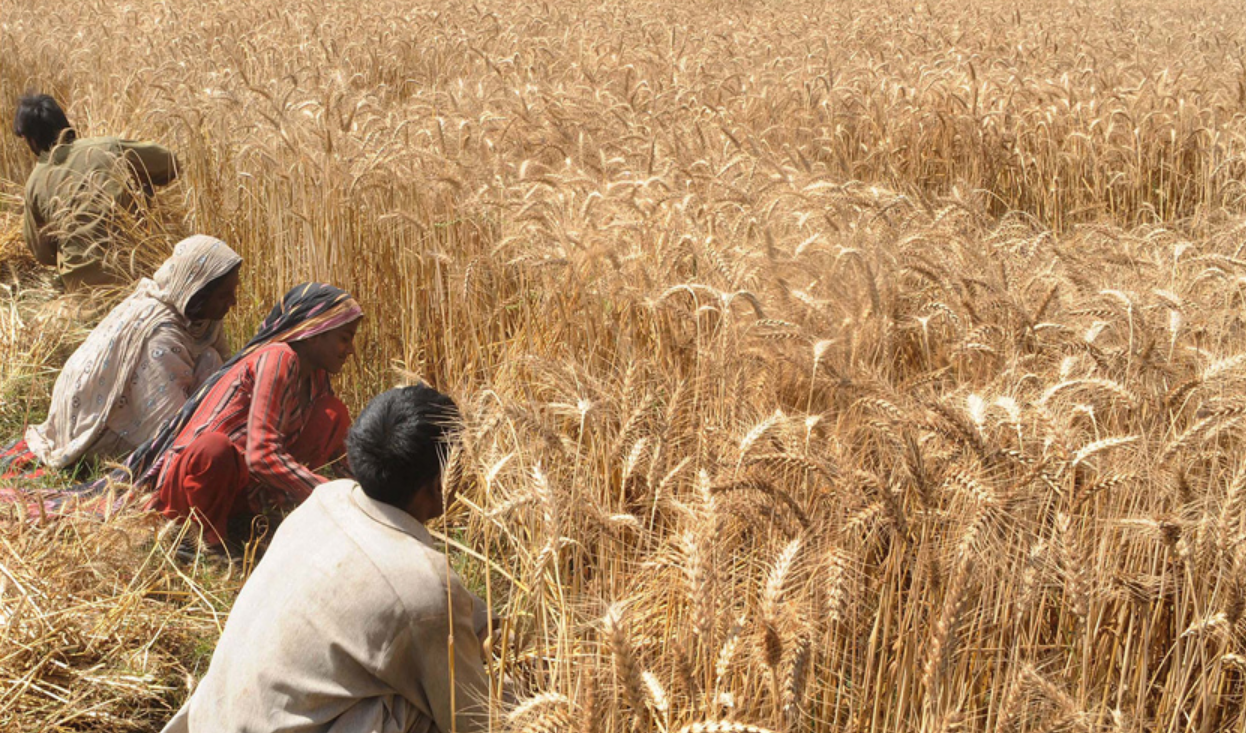 India is the second-largest producer of wheat after China. It produces about as much wheat as Ukraine and Russia combined. Unlike those two countries though, which together account for more than a quarter of global wheat sales, India never managed to export much of its grain. Modi wanted to change that. And at first, it seemed like he was going to be successful. Countries that did not usually buy Indian wheat – including Egypt, the world’s largest wheat importer – were putting in big orders. In mid-April, the Indian Minister for Rood and Public Distribution, Piyush Goyal, posted a tweet calling India “the food security soldier,” and laid out a tall exports target of 10 million tonnes of wheat for 2022-2023, citing a “bumper harvest.”

Read also: How the Ukrainian conflict is affecting Africa

But the harvest has been far from bumper. A devastating heatwave, made worse by climate change, gripped much of northern and central India in March and April leading to crop damage. For the first time in many years, India’s wheat output is expected to fall compared to the previous year.

The lower than expected yield and unprecedented international demand for wheat sent domestic wheat prices soaring in India and even alarmed leaders about a possible food shortage at home. The government responded by announcing restrictions on wheat exports which have drawn harsh criticism from around the world. The German Agriculture Minister, Cem Özdemir, called on India to “assume its responsibility as a G20 member” and said that “if everyone starts to impose export restrictions or to close markets, that would worsen the crisis.” Within days of the ban, Chicago wheat futures rose to their highest since 2008. Kristalina Georgieva, managing director of the IMF, said she was begging India to reconsider.

Where did India go wrong?

When Indian leaders offered to help feed the world back in April, “they jumped the gun,” said Ashok Mishra, Professor of Agribusiness at Arizona State University. “They didn’t take stock of what was in the inventory and how much harvest they had this year. The calculations were not there.” Mishra says India lacks a robust modeling system to estimate its agricultural output and consumption. Its estimates are more like “guesstimates,” he said, adding that the decision to boost exports was rooted in politics rather than data.

As many observers have noted, the situation is similar to the one India found itself in 2021, over COVID-19 vaccines. For months, Indian leaders had been touting the country’s role as the “pharmacy of the world” and sharing with gusto its vaccine exports. But in the spring of 2021 when India witnessed a devastating COVID-19 wave of its own, Modi’s administration decided to prioritize domestic needs and cut off all exports, leaving several vulnerable countries in the lurch.

While the vaccine ban was absolute, the wheat ban comes with some exceptions. “All exports orders where the letter of credit has been issued would be fulfilled,” the government said in a press release. The government justified the curbs on exports as a way to discourage hoarding by some people, which was driving domestic prices up. India’s commerce secretary B.V.R. Subrahmanyam said that a “government to government window” has been kept open for countries facing a wheat deficit.

Challenges for Indian wheat in the global market

Even though India is the second-largest producer of wheat, most of it is used to feed its own population of 1.35 billion people. Being a staple, a huge chunk of the wheat output goes into public distribution programs that provide subsidized food to lower-income groups. That leaves little room for exports, says Mishra.

The type of wheat India produces is also not suited to the world market. “The West uses durum wheat which is much more high-protein, has more elasticity and is used for bread. [Indian] wheat is different,” he says, and is more popular in South Asia. Mishra says India’s policies on wheat have historically focused on domestic consumption rather than on exports. “You can’t be a big player just by saying [it]. You have to have the right numbers, the right temperament,” says Mishra.

To be a dominant player in the export market, a concerted effort must be made, he says. That includes allocating more land and ensuring sufficient fertilizer supplies and irrigation systems. Another challenge for India is the size of its farms. “Our farms are very small compared to large farms in Ukraine and Russia, which can be mechanized,” says Mishra. “Even the agricultural research that should be going into producing more crops and higher yield crops is not happening in India,” he says.

The export restrictions may have cooled off prices in India for now, but the shortage is still there and “in the long run, prices are going to go up,” says Mishra. “You have to face the music one day or the other.”

As India tries to figure out where it stands in the global world order, it will need to be more effective in managing the objective constraints of its productive capacity and balancing its domestic needs and international ambitions.

Sushmita Pathak is a freelance journalist based in India with a focus on politics, health and culture. Her reporting has appeared on NPR, The Christian Science Monitor, Atlas Obscura and others.