How the Ukrainian conflict is affecting Africa

Moments after the first shots were fired on Ukrainian territory on February 24, it was clear that the conflicts’ ramifications would go far beyond the local context, touching on geopolitical stakes, games of allegiances, as well as the economy. The war itself, coupled with the effects of international sanctions, is affecting the world economy – including in Africa.

Economists hint at three main channels through which war reverberates on the world. The first is commodity prices – like food, oil and gas – which have already increased, pushing up inflation, wearing down the value of incomes and impacting demand. The second is trade, which is felt by neighboring countries in particular, as international sanctions obstruct it. The third relates to the generally reduced business confidence and higher investor uncertainty that can potentially inhibit further trade. Two months into the war, African economies are already suffering its impact.

Read also: Instability in the Sahel region and security concerns in Burkina Faso

Russia is a major producer and exporter of commodities. In addition to natural resources such as oil, gas, aluminum, palladium and nickel, it also sells high quantities of wheat and corn abroad. Sanctions and market concerns about the disruption of supply chains are causing commodity prices to soar – especially for crude oil and cereals prices – for both governments and consumers.

In 2020 alone, the combined value of food and agricultural products exported by Russia and Ukraine was estimated at $6.9 billion. Their wheat production is most notable and accounts for, respectively, 10% and 4% of global production. Together they make up more than a quarter of global wheat exports (Russia 18% and Ukraine 8%). African countries imported about $4 billion in wheat from Russia in 2020. Egypt was the main importer, accounting for almost half of the total. Other significant importers are Nigeria, Tanzania, Algeria, Kenya, Sudan and South Africa. These countries are most certainly looking at a fiscal and trade deficit, with inflation ballooning in the near future.

The rise in commodity prices was already apparent during the first days of the conflict, building on an existing rising pattern as prices were already sky high according to the FAO Food Price Index. Prices are on the rise mainly because of disruption of the supply chain. A long conflict would drive up the prices of commodities even more and aggravate food insecurity across Africa. This has spillover consequences for countries that struggle with famine, and undernourished populations due to extreme poverty will suffer the most. For instance, a long-standing drought is predicted in South Sudan, a country that is struggling with security issues and whose population will not be able to count on imported wheat.

The short-term effect of the conflict on oil and gas markets is also evident. Prices of regular fuel have jumped so high that most industry sectors are on their knees. This is what is happening in Kenya, one of the main oil importers of the continent. However, there is another side to this coin: as European countries are looking to unlink their demand to Russian supply, third countries could fill in this void. Oil-producers in Africa have the potential to pressure OPEC to remove caps to their production, presenting an opportunity.

Furthermore, with rising prices, countries with oil companies and interests might seize the opportunity to expand prospective operations previously put on hold. This is the case in Senegal – which recently underwent several structural changes in its industry schemes to fund extensive exploitation of natural gas. The current (and prospective) status of the international market might push the government to start implementing plans and exploit new-found reserves ahead of time. To a lesser extent, it is also the case of neighboring Mauritania, which possesses comparable resources, albeit undersized capacity. 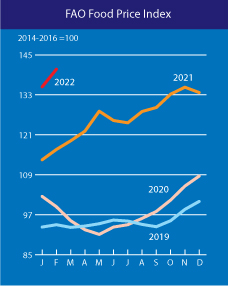 Trade beyond commodities has seen turbulence, but the overall feeling is that African economies will not suffer greatly in this regard as Russia is not a major trading partner. It accounts for less than 3% of Africa’s trade with the world, according to the United Nations Conference on Trade and Development. However, there are exceptions: beyond global spillovers, countries with direct trade, tourism and financial debt will feel additional exposure. Uganda and Malawi trade massively with Moscow and will suffer from the downsizing of streams. Instead, those who export commodities will likely be the winners of this new scenario. In fact, bigger players such as Senegal, Angola and Nigeria export considerable amounts of raw materials and metal ores to Russia, which will be forced to pull those countries closer – at a higher price.

Investment will see even less impact. Russia, certainly not a leader in foreign direct investment (FDI) in the region, accounts for less than 1% of Africa’s total, most of which flows into the natural resources sector – especially metals. International sanctions on Russia will likely erode investment flows to Africa in the short term; but those effects are likely to stay in the medium term as well. Countries with mining operations owned by Russian corporations will likely be most affected. These include Angola (for diamonds), Sudan (gold), Zimbabwe (platinum) and Guinea (aluminum).

The war in Ukraine is also affecting African regions in terms of security. Some areas of the continent have been massively flooded with foreign investment and military resources to keep security issues under control.

One notable example is the Sahel region, where France built a robust coalition of Western powers and donor countries to support stabilization efforts in the region, including the Sahel Alliance. France and, to a lesser extent, the US, had already announced a downsizing in operations prior to the Ukrainian conflict. Now, as they focus their resources on the war in Ukraine, counterterrorism will be left to national efforts on the ground. A surge in attacks is to be expected, especially in fragile contexts like Burkina Faso and Mali that rely on external military aid.

If we consider this varied scenario, it is not a surprise that Africa is not broadly united on the international arena. During the vote on the UN General Assembly Resolution demanding an end to the Russian offensive in Ukraine, on March 2, there were diverse stances amid African governments (28 voted in favor, 25 abstained, five did not vote, and one voted against the resolution). A lack of coordination under the umbrella of the African Union is a partial explanation of this not-so-strong positioning. The history of non-alliance is another one: non-alliance calls for the peaceful resolution of conflicts, but also promotes a rigorous neutrality vis-à-vis power blocks – which include Western countries. The fact that the war will affect the countries differently is another plausible explanation.

Just as Africa is healing from the economic consequences of the pandemic, the current international crisis threatens progress – not so much for the direct consequences of the military conflict, but due to international dimension that has transpired. Finally, it is worth noting that, in this historical moment of recovery from the pandemic, governments have little to no policy space to spare and counter a new shock.