Government crisis in Germany – what happened and what’s next?

In the last two months, there have been a series of firsts in Germany – and the trend seems to continue. It was the first time the Social Democrats (SPD) fell to 20% since the foundation of a modern democracy in Germany. It was also the first time the Christian Democrats (CDU with its sister party CSU) secured only 33% of the votes since 1949. Equally, Germany witnessed the first Bundestag hosting seven different parties. Regarding government talks, it was the first time that four different parties (belonging to three parliamentary groups) from opposite sides of the political spectrum got together to talk about a possible coalition government. And more alarming still is the fact that for the first time, coalition talks have failed, which is why Germany is now heading into months of uncertainty.

Following the elections of the German Bundestag on 24 September 2017, the center-right Union (CDU/CSU), the Free Democrats (FDP) and the Greens agreed to hold talks on a possible coalition government. This was the only politically viable option since the two parties from the extremes (AfD and Linke) were not considered and the SPD declared it would not be available after such a considerable defeat. 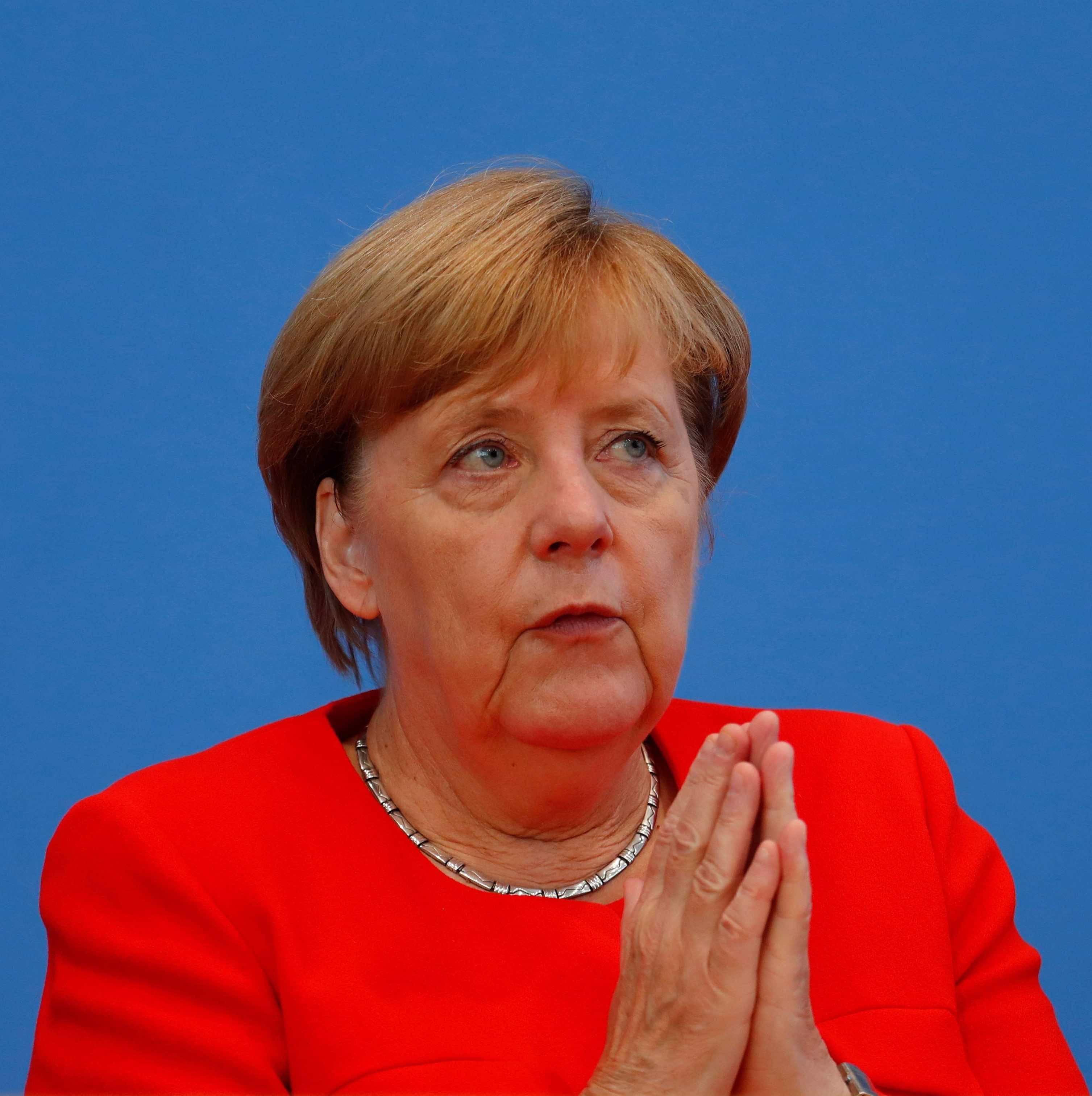 Talks were clearly going to be difficult due to opposite positions on a variety of areas ranging from refugees and immigration policies, agriculture, taxes, digitalization, climate targets and various other European issues. On these issues there were varying alliances, depending on the parties’ manifestos. Whereas the conservative CSU from Bavaria as well as the FDP pushed for a restrictive refugee policy, the focus of the Greens was on the humanitarian aspect of dealing with refugees. On the other hand, the CDU together with the Greens were open for a reform of the Eurozone, which clashed with the views of the liberal democrats that Germany should not spend more money without any guarantees.

Eventually, the FDP walked out of the coalition talks late on November 19, claiming that there was a lack of trust and too many disagreements on policies. This has caused a new unprecedented political earthquake. It was a unilateral move by the Free Democrats and not an “agreement to disagree” by all four parties. Furthermore, contradictory statements are making the entire situation more confusing.

The FDP says that it cannot justify the spirit of the documents that had been agreed on thus far since, according to the party, it does not stand for a political turnaround. On the other hand, the three other parties, CDU, CSU and the Greens, are pointing fingers at the Liberals, claiming that they were very close to breakthrough compromises on a variety of policy areas that would have allowed for the negotiation of a coalition agreement.

Regardless of who is to blame, the political crisis is obvious and new steps are now to be taken. The Federal President, the former Foreign Minister Frank-Walter Steinmeier, who usually has a merely ceremonial role, has to take action in order to ensure the functioning of the current government and the formation of a new one. Thus, after the decision of the FDP, he called for all political parties to reflect and reminded them that those who compete for political responsibility in elections must not shirk their responsibility when they are holding it in their hands. Furthermore, he held talks with each of the party leaders represented in parliament in order to understand their reasoning and to urge them to be constructive.

Given the current situation, there are three possible scenarios: The SPD revokes its position that it would not be available for a renewal of the coalition with the CDU. This would show that the party is aware of its political responsibility for the country and that it would not be afraid of governing. On the other hand, it would lose credibility and risk shrinking further under the power of Chancellor Angela Merkel. The Social Democrats had previously decided that they could only renew themselves from the opposition, aiming to come back stronger in 2021.

The second scenario would be a minority government, either by the CDU/CSU together with the Greens or by the CDU/CSU alone, which would be another first in German democracy. One might argue that as the strongest EU member state and the fourth largest economy in the world, Germany needs a stable government with the capability to act.

However, it would also enable a more active parliament since depending on the policy area, the government would have to forge specific majorities depending on the topic. In some areas, such as EU and foreign and security policy, they would be supported by the SPD, whereas on immigration and security matters they might be able to count on the support of the FDP. Those who favor the minority government option refer to the Scandinavian countries, particularly Sweden, pointing out that such a model can indeed work over a longer period.

The third scenario is one that President Frank-Walter Steinmeier certainly wants to avoid – new elections. Apart from the financial burden on the taxpayer, new elections would cost around 90 million euros, it also sends a political message to the voters. It shows that their votes led to a “wrong” result, as the potential coalition partners were unable to come to significant agreements and this is why they need to try again and “correct” their decision. Furthermore, it does not guarantee a more stable result since according to current polls, apart from CDU/CSU and SPD, there would not be two parties with a clear majority. Also, the question of the likelihood to come to agreements remains. If compromises can potentially be forged after new elections, why are they not possible now? This is why the Federal President is urging all political parties with government aspirations to reconsider their positions.

Germany’s leading economists from various research institutes differ on the first two options, but agree that new elections would only cause instability and thus call for rapid action. However, it is also necessary to take into account the voters’ views. According to two different opinion polls, DeutschlandTrend and Politbarometer, around 60% regret the failure of pre-government talks by the four parties. More than any other party, the respondents blame the FDP. Yet, when it comes to the next steps, the German voters favor new elections instead of a minority government or another grand coalition between the CDU/CSU and the SPD as more than 60% would support that. This is a long path though and could take up to six months, not to mention new government talks after those potential elections.

If indeed the parties maintain their positions and do not come to an agreement, the parliament needs to be dissolved. When the architects of the German constitution, the Grundgesetz, drafted it in 1949, they wanted to prevent the unstable times of the Weimar Republic, between 1919 and 1933, when the thresholds of overthrowing a government were relatively low. This means that now a government can only be overthrown if there is a new majority to replace it (the so called “constructive non-confindence” clause). Since this is not the case today, first, Chancellor Merkel would have to be elected with a simple majority by the MPs in the Bundestag. The Constitution stipulates that only in a third round of voting a simple majority would be sufficient. Once she is officially elected, she can then ask the parliament for a vote of confidence. Paradoxically, she would aim to lose this vote just in order to be able to call for new elections.

It is clear that when the Bundestag is busy re-electing the Chancellor, dismissing her and then finding itself in another electoral campaign, it will not be able to fulfil its actual duties – passing legislation for its citizens. Therefore, both well-considered and quick solutions are necessary to allow for a parliament that can start assuming its work properly and a government that is able to act efficiently.

Adrian Eppel is a PhD candidate at the Freie Universität Berlin. In his research he focuses on elections, electoral campaigns and the emergence of new political parties across Europe. Before working as a media analyst in London, he engaged in the promotion of regional democracy in Mozambique as well as at the Assembly of European Regions in Strasbourg.

Competing narratives and the Saudi-Iranian cleavage

American gas is going global – can it also go green?