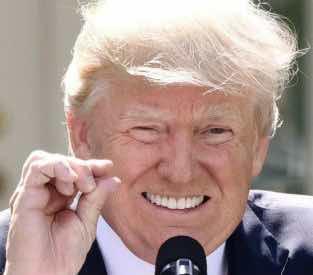 The 2016 U.S. presidential elections were upended by Donald Trump’s ability to communicate directly with a large swath of the population that doesn’t feel represented by the political institutions and the mainstream media. While highly-respected newspapers and television stations slammed Trump for his bombastic rhetoric and lack of political knowledge and experience, a revolt grew among the voters who intended to send a strong message of protest against the political and financial elites that have governed the U.S. – and indeed the entire Western world – for the past several decades.

Trump used provocation and even insults not only to gain massive amounts of free media time, but also to demonstrate that he was as far away from ‘politically correct’ as a candidate could be. In the meantime he continued to hammer home his simple message on content at rallies and events in key states across the country: “The people are right, and the governing elites are wrong.”

‘Make America Great Again’ was a slogan that appealed to those who have lost faith in America’s economy, and also see the country as having a weaker international role than in the past. The first issue was fairly straightforward for Trump the candidate: his message was that we need to bring back manufacturing jobs and stop making deals that are better for other countries than for us. In foreign policy, he translated this message of “America First” into a broadside against the policies of regime change, repeatedly calling for concentrating energies on promoting U.S. interests in a strict sense, rather than wasting trillions in ineffective wars.

From a communications standpoint, Donald Trump’s election campaign proved that it was possible to sidestep traditional means of mass communication to appeal to a population that no longer trusts its political and economic leaders. The result was devastating for those who are used to managing public debate by de-emphasizing voices considered to be extreme or even just out of line with current norms.

Immediately after the vote, the playing field shifted quickly. The kind of attacks that candidate Trump was able to turn to his advantage before, became harder to rebut, and feared due to their potential effect on public opinion. Add to this the “resistance” to Trump in the institutions, with tacit or explicit support from certain major press organs, and it soon became clear that there would be no honeymoon for the new president; rather, the chatter is now focused on how long he can last in office.

President Trump faces a new challenge in terms of communication now that he is the hunted, rather than the hunter, i.e. the outsider attacking the political establishment. Nowhere is this more apparent than in the case of Russiagate.

On the question of Russia, Trump the candidate was far from the unprincipled flip-flopper many press outlets portrayed him as; as a matter of fact, he was remarkably consistent in defending his intention to achieve better relations with Vladimir Putin and re-orient U.S. foreign policy from a Cold War mindset to a focus on alliances to combat terrorism. To the great chagrin of the power structures in Washington, this position turned out not to be anathema to voters, exposing one of the many disconnects between the policy goals of the governing class and the views of voters around the country.

This didn’t stop the institutions from raising the stakes on the Russia issue, however, as the intelligence agencies in particular stepped up right after the elections with a series of accusations not only of Russian meddling in the U.S. elections – despite a lack of hard evidence – but also of collusion between members of Trump’s inner circle and Russian representatives such as Ambassador Sergey Kislyak. Before the inauguration, the President-elect maintained his combative tone, but once he got to the White House, he was no longer indifferent to pressure from outside and inside the Administration, leading for example to the early departure of National Security Advisor Michael Flynn.

The situation came to a head with the firing of FBI Director James Comey. From the White House’s viewpoint, Comey was playing a prominent role in weakening the Administration by focusing attention on an investigation considered to be a witch-hunt, with the goal of criminalizing the conduct of diplomacy towards Russia. The problem for the President is that to date he has found himself on the losing side of the PR battle around the issue, leading to a growing sense that the groundwork is being laid for impeachment.

Impeachment is a political process, not a legal one, and the key issue is the perception of potential wrong-doing by the President. It is on this level that Trump has failed to take control of the narrative, allowing his enemies – in his view whoever pushes the Russiagate investigations to undermine the Administration – to present a case for obstruction of justice.

In the first five months of Trump’s Presidency, there have been numerous instances in which the White House has failed to effectively manage its message to the press and the public. While some of the factors are outside of the Administration’s control, much of the blame lies with the communications team and the president himself. The Comey dismissal is a glaring example, having been poorly prepared in terms of the narrative the White House wanted to present – and having been followed by multiple, mutually inconsistent narratives.

From a legal standpoint the President attempted to cover all of his bases: he had Deputy Attorney General Rod Rosenstein write a memo laying out the reasons for removal of the FBI Director, and obtained a letter from Attorney General Jeff Sessions recommending Comey’s dismissal. The reasons presented publicly were that Comey had intervened inappropriately in the election campaign, and that he had lost the trust of FBI employees. It took very little to get President Trump to admit the reality, though: within a few days he linked the firing to the need to reduce pressure from the Russiagate investigations.

Few were surprised at this admission, precisely because of the weakness of the other reasons given for Comey’s dismissal. Apart from the President’s obvious lack of message discipline, the case was made based on contradictory arguments; for example, Comey’s intervention in the election had damaged Hillary Clinton, so it was hard to believe that this truly bothered Trump.

There are two fronts to this battle, internal and external. The President’s most urgent need is to build support within the institutions. He has replaced the top leadership of the intelligence agencies, but his lack of political experience and propensity for self-aggrandizement have severely limited his popularity among the permanent bureaucracy. Towards the general public, he also needs to craft a better narrative, to explain the reasoning behind certain choices before he actually takes them. Plunging in, and then awkwardly fighting off criticism from multiple fronts, has proved to be scarcely effective.

On the specific question of the Russiagate investigations, the White House has already started to move in this direction. The appointment of Robert Mueller as Special Counsel to oversee the investigation into Russian interference in the 2016 elections was met with widespread approval in Washington, given Mueller’s apparently sterling reputation. Trump would like nothing more than to fire Mueller though, which soon became a subject of public discussion. Smartly, the President’s surrogates backed away from this issue quickly and began, to circulate information about his hiring of staffers who supported Hillary Clinton, questioning his ability to be impartial given that Trump had considered him for the position of FBI Director (a position he already held from 2001 to 2013).

Ultimately, though, Trump’s best strategy would be to return to a focus on substance, as he did during the election campaign. As President, he needs to make his views clear: the Russiagate investigations are not only politically motivated, but regard a fundamental issue in the direction of U.S. policy. He used this strategy effectively during the campaign, hammering Hillary Clinton on her links to NAFTA and her coziness with the big banks. Clinton attempted to rebut asymmetrically, challenging Trump’s integrity and alleging Russian interference, but Trump made it obvious that she refused to discuss the substance, apparently because she had no effective defense.

In a certain sense, Trump now has no choice but to attempt to reframe the Russia issue as himself against the elites, whose policies have failed in recent decades. For the White House an effective communication strategy means not only playing the Washington political game better, but linking its message to an underlying truth that people can clearly understand: following the same old foreign policy is dangerous, and not in America’s interest. Trump wants to avoid a Cold War and focus on terrorism, while his enemies refuse to let him make such a change.

Ironically, Trump could look to Barack Obama for precedent on this point. It was Obama who won one of the more surprising foreign policy victories in Washington in recent times, when he secured Senate consent to the Iran nuclear deal in 2015. AIPAC had declared its opposition to the deal, and worked hard to block it by getting a sufficient number of Senators to vote against it. Obama didn’t limit himself to pressuring individual Senators behind the scenes; he went public about the stakes behind the deal with Iran. First he tied opposition to the deal to the mistakes of the past, such as support for the war in Iraq. Then he presented a simple narrative on the issue, to great effect: “Let’s not mince words,” Obama said speaking from American University, “The choice we face is ultimately between diplomacy or some form of war.”

Hopes and limits of the Trump-Putin relationship

The U.S. and Thailand: warm relations but Thailand stays the same