The war in Ukraine is seriously undermining the multi-decade Russian-European energy partnership. On one side, Putin is gradually turning off the gas taps as long as the West continues to support Ukraine. On the other, European States want to stop indirectly financing the Russian military through the oil and gas revenues. In addition, in recent years, the European Union has been globally recognized as a forerunner of the energy transition toward renewable sources. Thus, it is a key aspect of its foreign policy to build new energy partnerships with countries that are geopolitically safer than Russia and that increase green investments.

To address the situation, on the 18th of May the European Commission has developed the REPowerEU Plan, based on four pillars: promotion of renewables, energy conservation, substitution of Russian imports with other suppliers, and the mobilization of 300 billion Euros in financing new partnerships with developing countries. Such an economic choice portends a genuine strategic transformation and will affect the broader geopolitical balance: the neighboring African Continent may be the right ally in this new geopolitical order, as it holds both large oil and gas reserves – the latter estimated at around 17trillion cubic meters – as well as vast spaces for the installation of solar and wind systems. 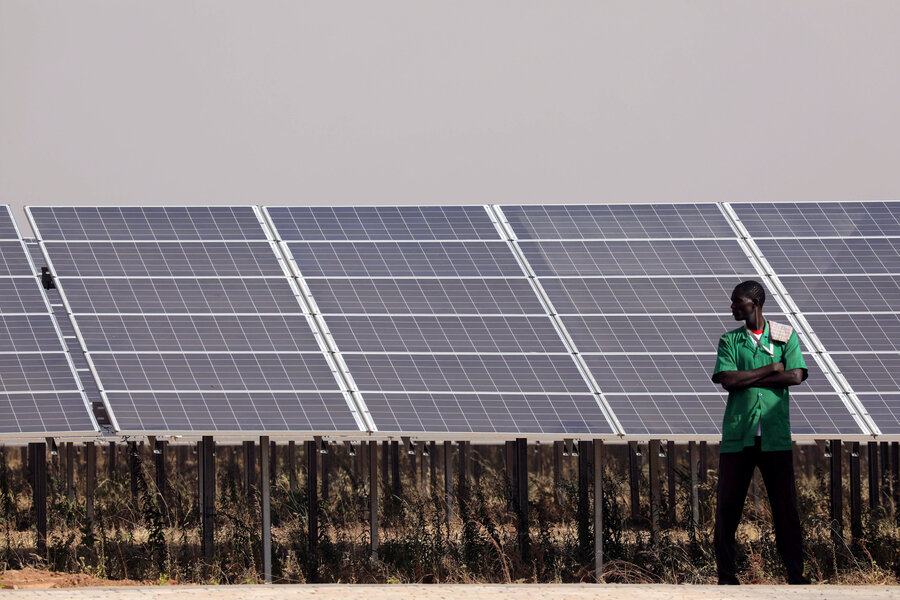 In fact, the war in Ukraine is already having major consequences on African economic development, despite the fact that neither Russia nor Ukraine are among the most relevant markets or partners for the region. The two countries’ combined imports account for only 1.3% of the total in Sub-Saharan Africa. However, the International Monetary Fund warns that “the Continent is particularly vulnerable to the impact of the war owing to three main dynamics: rising food prices, higher fuel prices, and less financial room for maneuver. Growth for 2022 is projected at 3.8% for sub-Saharan Africa, still below pre-pandemic levels and insufficient to compensate for increased poverty, estimated at some 30 million new poor across the sub-Saharan region alone”.

The 30% increase in oil and gas prices will have different repercussions depending on whether African countries are energy importers or exporters. In the former case, it will increase the economic crisis, while in the latter it will benefit the so-called new producers, such as Mozambique and Tanzania.

In this broader context, a major focus of ongoing European diplomatic and economic efforts is actually North Africa. The renewed European focus on a stronger cooperation with Africa can represent “a major development opportunity for the entire MENA region”, as IRENA’s director-general states, although there is no shortage of geopolitical and economic risks and not all states are equally supportive of the recent agreements – most of which still focus on fossil fuels.

First and foremost, there is Algeria, Africa’s largest gas exporter and the tenth largest natural gas exporter in the world. For several years, the country has been Italy’s leading trading partner in Africa and the MENA region. After the outbreak of war in Ukraine, the CEOs of Eni and Sonatrach signed an agreement that is expected to lead to an increase in gas exports to Italy by 9billion cubic meters per year from 2023-2024 (about 50% more than in previous years). Last June, President of the Republic Sergio Mattarella visited his Algerian counterpart, renewing friendship ties and bilateral will for strategic cooperation, extending the current partnership into other sectors such as mechanical engineering, agriculture, higher education, tourism, and culture.

The Italian government also signed new and similar commercial agreements with Egypt, Angola and the Democratic Republic of Congo.

Also in June, German Federal Chancellor Olaf Scholz chose Senegal as the first stop on his first trip to the African continent, the country currently holding the presidency of the African Union. Moreover, by 2023 Senegal is expected to send fresh gas supplies to Germany from the Greater Tortue Ahmeyim field, jointly owned with Mauritania. In Sub-Saharan Africa, Namibia is emerging as a major new exporter of green energy, especially solar, wind, and, by the end of the decade, green hydrogen. In Mozambique, ENI has just confirmed its collaboration in the joint venture for the Coral Sul FLNG project, the first floating LNG plant to be installed on the African continent.

Despite the well known fact that several Sub-Saharan countries are resource-rich, there is growing emphasis on connecting them more efficiently with each other and with North Africa and the Mediterranean region.

Across the whole African Continent, dialogues are also being resumed for the construction of some gas pipelines. The longest international pipeline system is the 2475 km Transmed pipeline, which has been transporting gas from Algeria to Italy via Tunisia and Sicily since 1983. Last February 16, during the third edition of the Mining and Petroleum Forum of the Economic Communities of West African States, the attending States signed the Niamey Declaration to resume the construction works on the Trans-Saharian Pipeline (TSGP). At 4,128 km long, it is expected to connect Nigerian and Algerian fields to regional African and European markets along the Mediterranean coast.

“The restart of this project sends a clear message to investors and important strategic partners in Europe and Africa that things are changing in Africa,” said NJ Ayuk, executive chairman of the African Energy Chamber. The African Renaissance Pipeline Project may connect Mozambique and South Africa’s gas basins by the 2025-2026 to meet regional demand. Finally, the ambitious Lake Albert Development project, is planned to connect the Tanga oil basins to international markets.

The new position of the African continent in the global commodity markets could therefore bring a large number of practical benefits. In particular, I it could stimulate its economic growth and the industrialization of individual countries. On top of that, new jobs would be created in the energy sector, as well as new programs in higher education and technical training to ensure a skilled local workforce.

First, Sub-Saran Africa is the world’s region with the highest percentage of population without access to electricity. Despite large resource reserves, there is a high rate of energy poverty as well. Second, the economic and financial systems are still developing and a lack of suitable infrastructure persists. In addition, many African countries have fragile political systems and suffer from frequent civil and military conflicts. It has also been noted with concern that most African countries have refrained from aligning with the West on the war in Ukraine, which may discourage many private and public investors.

Although the African Union officially backed the EU and the US in condemning the war, the occasion of the Resolution condemning the Russian aggression at the United Nations General Assembly last March, half of the countries that abstained were African. A month later, on the occasion of the Resolution to remove Russia from the UN Human Rights Council, 24 African countries abstained and 9 voted against.

Decisions made by the Western countries and during COP26 on cuts in funding for hydrocarbon investments and climate change mitigation in poorer countries generated a general feeling of failure and disappointment, later implemented by the recalibration of Global Gateaway promises (the recent EU plan to support global infrastructure development). One can point to a fundamental tension in European attitudes toward potential African partners: on one hand, the EU is genuinely interested in strengthening economic relations also beyond fossil energy sources – for instance, rare earths – but on the other hand, existing commitments to the green transition make long term contracts in certain fields – such as oil&gas – either not realistic or not attractive for both sides.

Moreover, the West is of course not the only investor in the African Continent. China has become a viable alternative for many African governments because, despite humanitarian issues and “debt trap” risks, Beijing provides substantial investment and its approach is based on a principle of non-interference in domestic politics. Last but not least, some African countries are creating geo-economic partnerships with the BRICS grouping more generally and are linked to Russia by long-standing ideological ties, as well as military agreements with the mercenary group Wagner.

Investing in Africa’s energy sector thus does not guarantee energy security in the immediate term, but it does force the West to face the crucial twin challenges of industrial development and energy transition. Both of these issues can no longer be postponed, if the EU wants to maintain its primacy as a global green player.

Alessandra De Martini holds a Master’s Degree in Investigation, Crime and International Security from University of International Studies of Rome (UNINT). In her Master’s thesis she analyzed the geopolitical consequences of the green transition. She researched on African social and political issues during an internship program in the online newspaper "Caffè Geopolitico".