A new start for the EU?
Politics & GovernmentEU & Europe

September has found Britain in a jittery mood. After the intense first wave of COVID-19 relented over the summer, the past two weeks have seen the number of cases rise back up to over 3,000 per day. The timing of the uptick is particularly unwelcome for the government, as it reiterates the dilemma between reopening the country and containing the virus at a time when Downing Street is trying to ease Britons into what will be their new normal for the remainder of the year.

As the virus rears its head again, this new phase of the pandemic presents Boris Johnson’s government with a formidable set of interlocking policy challenges, with high-stakes decisions to be taken in areas ranging from public health to education, and from the economy to Brexit.

Shooting for the moon

While not nearly as acute as the second waves registered in France and Spain, the recent rise in positive test results has put UK authorities and the public on high alert. The government moved fairly rapidly to turn the screws on social gatherings, reducing the maximum number of people allowed to meet socially from thirty to six. A number of exceptions to this “rule of six” apply – including schools, offices and (weirdly enough) grouse shooting parties. Tighter restrictions on businesses and households have also been introduced in parts of the country that registered local spikes. To date, fourteen areas have been affected by these local lockdowns. 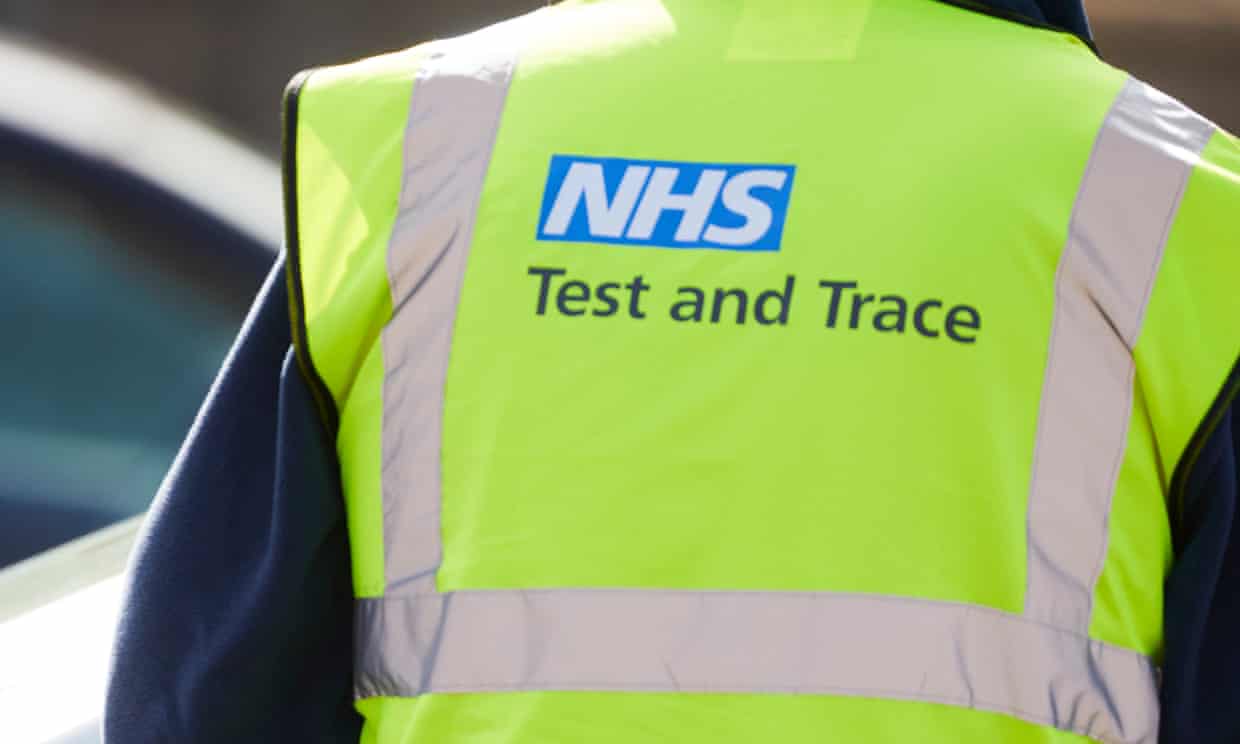 But the government’s most ambitious bet on the public health front is “Operation Moonshot”: a dramatic step-change in the testing regime. The policy aims to deliver ten million tests per day by early 2021, thanks to a new generation of swab tests reliant on entirely new techniques – crucially a testing technology known as Transcriptase Loop Amplification (LAMP). As yet untried outside pilot schemes, LAMP tests would return results in 20-90 minutes and bypass entirely the logistics of in-laboratory analysis, which proved a sore point in the testing debacle of the spring. The scale of the operation is unprecedented in public health: It is estimated that development and rollout would cost £100 billion, almost as much as the entire yearly budget of the National Health Service.

If workable, it would be worth every penny: By making it possible for everyone in the country to be tested multiple times per month, the testing regime would make a return to normalcy possible even before vaccines become available. But there are concerns that the plan may be yet another example of the sort of Silicon Valley-style wishful thinking favored by the technophiles who make up Boris Johnson’s closest circle of advisors. Given the UK’s record on testing – the existing lab-based system is reportedly at capacity, and access to tests remains patchy in many parts of the country – it is no surprise that Operation Moonshot was met with mockery by the Labour opposition and skepticism by the British Medical Association. Even government officials have expressed reservations.

Few episodes have cemented public skepticism towards the government’s pet high-tech solutions as the botched plan to use a statistical model to award secondary school qualifications to pupils who could not sit their exams due to the pandemic. Amid outcry over the indiscriminate downgrading of hundreds of thousands of pupils based solely on their schools’ past performance, the government was forced to ditch algorithm-generated grades altogether within two days from the publication of results in August. Unfolding just weeks before the planned re-opening of schools – which took place over the first half of September – the exams fiasco has not bought Education Secretary Gavin Williamson any goodwill with teachers and parents.

Nonetheless, as of mid-September nine in ten pupils are back in the classrooms. Government guidance introduced a tiered system for schools, requiring measures such as masks, rotas or distance learning depending on the degree of severity of community spread. For now, no school is reported to have moved up from “tier 1” rules, whereby preventive measures are limited to enhanced sanitation and reduced contact between groups of pupils sharing the same classes (known as “bubbles”). As long the light-touch approach endures, mass testing will be key to minimize disruption of the school year. Results so far have been mixed: no large community cluster linked to schools has been registered to date, but at least 740 schools in England and Wales have reportedly sent pupils or entire “bubbles” home over positive tests.

The hardest task, however, lies ahead: the imminent start of the academic year for over 2.3 million university students – including 500,000 “freshers”, who met their admission conditions in record numbers once their algorithm-generated “A-Level” exam grades were revised up. Most institutions have planned to limit face-to-face teaching to small seminar groups and hold the rest of lectures online at least throughout the first term. But for universities online teaching is the last cause for concern. Re-opening campuses entails a great deal of “churn” between communities, as an estimated 80% of full-time students in the UK leave their family home and move into university halls and student flats. Even the most dogged university administrators and the nosiest local authorities will have a hard time keeping teenagers from socializing off-campus and in their accommodations.

A large number of people with low levels of personal risk from the virus, high likelihood of being asymptomatic carriers, and a high degree of peer pressure to engage in risky behavior, congregating from all four corners of the country into cramped communal lodgings: What could go wrong? The obvious danger of rekindling community spread has not been lost on policymakers. The government’s Scientific Advisory Group for Emergencies (SAGE) estimates that peak contagion may “coincide with the Christmas and New Year period posing a significant risk to both extended families and local communities”. Time will tell whether enough is being done to avert the worst-case scenario – but if the experience of US colleges currently handling massive campus outbreaks is anything to go by, things are not looking promising.

Back to the grind

The reopening of schools and university is deemed crucial by the government to accelerate economic recovery, freeing up working parents from childcare duties and stimulating businesses and local economies dependent on educational institutions. Indeed, across many sectors of the economy the government is making a push to persuade Britons that it is safe to return to work, backed in the endeavor by the Confederation of British Industry (CBI), the UK’s largest employer association. For example, ministers have been instructed to make arrangements for 80% of civil servants to return to their offices at least once a week by the end of the month – to the outcry of public sector unions.

The rationale for this move is that, with worker footfall estimated below 20% of pre-lockdown levels, the survival of firms in commercial city centers that depend on office workers’ consumption may be at risk. When the government’s emergency support schemes for businesses and employees is wound down over the next months, some of these firms may simply not have the cash flow to stay in business. So far, the furlough and income support schemes introduced in March – which at the peak of the lockdown paid wages to over 30% of the workforce – have been fairly successful in cushioning job losses, with unemployment budging up slightly to 4.1% in July. At the same time, the additional borrowing required to pay for these cash injections pushed government debt to £2 trillion, over 100% of the country’s GDP for the first time since 1961.

The Chancellor of the Exchequer Rishi Sunak has therefore ruled out an extension of the furlough scheme beyond 31 October, warning that “tough choices” to balance the books lie ahead. But his commitment to restoring fiscal discipline is – as most things these days – at the mercy of the whims of SARS-CoV-2: If the contagion erodes consumer confidence further, the consequences of pulling the plug on this lifeline for businesses and workers may be a cascade of layoffs and a spike in unemployment. The task of charting a course for output recovery is equally fraught with uncertainties. Since the end of lockdown, UK growth has made up for about half of the GDP lost earlier this year, but proceeding too far and too fast from here on may cause another spike – and another contraction – rather than revving up the economy.

In the meantime, as if a handful of historically unprecedented public policy challenges weren’t sufficiently stressful, Boris Johnson has seen it fit to force another massive row[1] over Brexit onto the nation’s body politic. The latest installment in the long-running series centers on the Internal Market Bill (IMB), a piece of legislation designed to regulate trade between the UK’s home nations as the country leaves the EU’s single market.

Controversially, parts of the bill override provisions agreed with the EU in the Northern Ireland Protocol, one of the most contentious parts of the divorce deal clinched by the UK and the EU last October. In the divorce deal Johnson had in fact agreed to stitch up Northern Ireland into a sort of halfway house between the UK and the EU’s single market – much to the dismay of unionists – but with the IMB the government is now reserving ministers the right to remake state aids and custom rules applying to Northern Ireland as they wish.

Legally, there is little ambiguity here: The text makes it explicit that the new provisions would take precedence over “any other legislation, convention or rule of international or domestic law whatsoever”, and even the UK Secretary for Northern Ireland has admitted that the bill’s provisions are in breach of international law. Politically, the bill runs roughshod over the ongoing trade talks with the EU. Most worryingly, it does so just before the 31 December deadline, by when an arrangement must be clinched to avoid a no-deal exit. Most analysts would argue that the IMB ultimately aims at gaining leverage over the EU in the trade negotiations: In this perspective, by threatening to collapse the talks, Johnson would be able to extract concessions over the outstanding “sticking points”. However, there’s also the possibility that making it impossible to reach a trade deal is exactly what the government wants: Since October, the government has gained a solid majority in Parliament, and the once controversial no-deal exit is now politically feasible.

There are also interesting domestic politics angles to Johnson’s bold move. By shifting the debate away from the pandemic and reframing it once again in terms of a clash between patriotic Brexit backers and a “Remainer” coalition of Labour MPs, nit-picking Conservative backbenchers, EU commissioners, unelected Lords and activist judges, Johnson may be aiming to revive the polarized dynamics that allowed him to win a landslide election last year. Incidentally, such an environment may also give the government cover to pursue a no-deal exit were they minded to do so.

In sum, whichever strategy he is pursuing, Johnson seems to believe that he can come out on top of the compounded chaos of COVID-19 and the looming threat of a no-deal Brexit. A resolution of this constitutional storm in the Prime Minister’s favor would rewrite the story of 2020, which so far has been nothing short of an annus horribilis for him, as a tale with a very different ending: Britain and its resolute PM “getting tough” and succeeding against all odds.

Leonardo Carella is a doctoral candidate in Politics at the University of Oxford, where he conducts quantitative research on public opinion and political sociology. He has a keen interest in British and European politics, and tweets (too much) about it at @leonardocarella.