The 2019 elections for the EU Parliament might become the stage of the ultimate political battle: The one where relatively liberal and moderate forces, mostly composed of traditional center-right and center-left political parties, may openly confront nationalist and anti-establishment groups.

Today, the European Parliament is predominantly led by this traditional front. The center-right European People’s Party (EPP) holds 217 of the 751 seats, followed by the center-left Social Democrats (S&D) with 189 seats and the Group of the Alliance of Liberals and Democrats for Europe (ALDE) with 68 seats. It should be noted that some members of the EPP, such as the Hungarian Fidesz party led by Prime Minister Viktor Orban, are not champions of traditional/centrist values. The far right, however, is mostly represented by the anti-establishment and anti-European party Europe of Freedom and Direct Democracy (EFDD), led by the UK Independence Party (UKIP), which has only 42 seats. 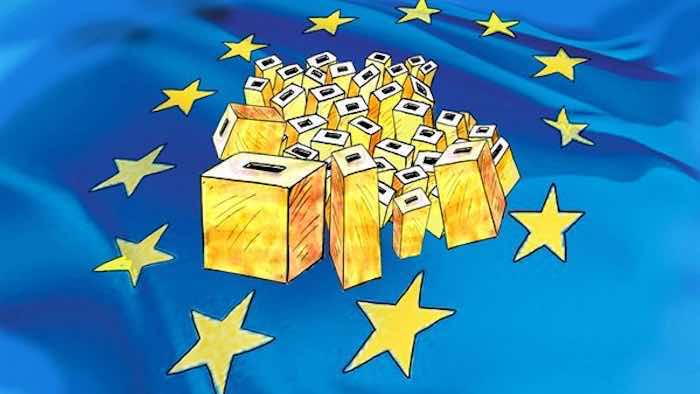 This mix may be about to change. It is certain that Brexit will stop UKIP from participating in the 2019 elections, leaving the EFDD without the necessary number of parties needed to exist. Meanwhile, failure by the moderate forces to win over citizens’ trust could lead to even higher support for nationalist parties than in 2014 when the EFDD, with an unprecedented electoral result, gained 11 seats more compared to previous elections. Such a scenario would certainly shake the European foundations.

Even though current projections give the EPP the biggest number of seats in the 2019 elections, the chances for the development of a far right coalition among some of the most radical EPP members, together with the EFDD and the Alliance of European Conservatives and Reformists (ECR) and the Europe of Nations and Freedom (ENF), are high.

Steve Bannon, US President Donald Trump’s former strategist, has expressed his support for a pan-continental far right movement ahead of European parliamentary elections, as have many political leaders across Europe. This idea was voiced especially in the aftermath of the European Parliament vote, which in mid-September triggered a procedure to determine if Hungary has systematically breached the EU’s core values. Although the majority of the EPP members voted in favor of the resolution, some of them felt it was not up to the European Parliament to judge an elected government in a member state. The vote clearly highlighted a clash of visions between traditional and nationalist forces within the EPP group.

In recent years, European nationalist parties have secured growing electoral successes in all member states, obtaining on average 16% of the vote compared to 5% in 1997. Anti-establishment movements are reaping electoral successes for the same reasons that have contributed to the failure of traditional parties: growing economic, social and cultural insecurity. Their success is mostly determined by the use of a well-established populist rhetoric based on a “Manichean” vision of society, in which “good citizens” need to be protected by a strong and charismatic political leader against a small, evil and corrupt political and economic elite. In this vein, European citizens’ faith in the common institutions is shriveling; 51% support stronger national sovereignty, while only 35% think that more integration would benefit their country.

Certainly, traditional pro-European parties in the European Parliament have some responsibility in such a growing disconnection between national and European identities. For instance, it was in the European Parliament that potential actions for developing a deeper European political consciousness among electors were blocked. In February 2018, 368 members voted against the resolution for a trans-European list of candidates to take 51 of the 73 seats made vacant by Britain’s exit. A trans-European list would have increased a sense of belonging to the EU as it would have allowed electors to express a vote for both a national member of the European Parliament (MEP) and for a pan-European member. However, fear of adding another layer of bureaucracy was the argument used by many of those MEPs who voted against this proposal.

Leaving this aside, many pro-European political actors, such as French President Emanuel Macron, are calling for the creation of a pan-European campaign of liberal progressive parties to contrast nationalists. Yet, such an idea could cost the S&D a high political loss. In France, the creation of the pro-EUmovement En Marche, which went across traditional right and left dynamics, allowed Macron to win the presidency in 2017, but mostly at the expenses of the French Socialist Party (PS). The PS recorded only 6.4% of the vote, a far cry from the 30% registered in the previous elections. Moreover, the risk of a new grouping with very loose political identity, where parties on the left and right are expected to cooperate on a stable basis, might push part of the electorate to vote for those fringe parties with a more defined, even radical, political orientation. In France, most of the convinced socialist electors supported the radical left party La France Insoumise. Similarly, in Germany, the grand coalitionmodel cost the Social Democratic Party to progressively lose ground, obtaining only 20.5% of the vote in 2017,about 5% less than in 2013 elections. At the same time, such a strategy has not blocked the resurgence of nationalist parties, which received the support of many unsatisfied and once moderate right voters. During the last national elections, the French Front National and Alternative for Germany registered extraordinary electoral results.

In 2019, the political battle between nationalist and moderate forces at the European level will likely reflect national trends. Macron’s idea of a wider alliance to contrast nationalists looks like nothing more than an attempt to create a coalition between the traditional right and left with some polish on it. The nationalists, the ones who appear as the newcomers, are not a novelty at all. Unfortunately, they remind us of the rhetoric and behaviors that Europe has already witnessed and was apparently unable to overcome.

Eleonora Poli is Head of Economic Analysis at the Centers for European Policy Network and she also worked as senior political analyst and communication expert for several prominent companies, NGOs and think tanks in Italy, the UK and internationally. Eleonora holds a PhD in International Political Economy from City University London and she is the author of “Antitrust Institutions and Policies in the Globalising Economy” (Palgrave MacMillan, 2015) as well as of several book chapters, opinion pieces, articles and analyses on political trends and economic policies.