Why the alternatives to May’s deal are still unlikely

432 votes to 202. The UK parliament’s rejection of Britain’s EU Withdrawal Agreement on 15 January was the biggest government defeat ever – on the most important piece of legislation of this parliamentary term and many previous ones.

Yet Prime Minister Theresa May has not resigned. The next day her government won a no-confidence vote tabled by Labour leader Jeremy Corbyn. And – yes – the most likely scenario is still that the Withdrawal Agreement will eventually be approved. Remember it’s not just Theresa May’s deal, it’s the EU’s deal – the only one on offer.

There is a bewildering number of permutations for what might happen between now and then, but only three final outcomes: Britain will either exit the EU with a deal, exit without a deal, or not exit at all. 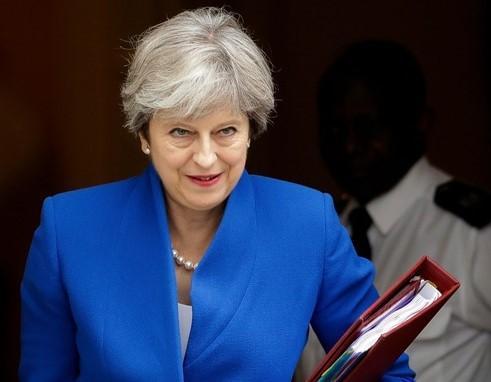 Had hardline Conservative Brexiteers won their motion of no confidence in Theresa May last December and succeeded in replacing her as Prime Minister with one of their own, he or she could have run down the clock and the UK might have left the EU without a deal. But they failed. She is now safe until December. And she seems set to persevere in seeking support for the exit deal.

For sure, the vote on 15 January highlighted the massive opposition to the deeply unsatisfactory compromise deal that the government has agreed with the EU. Hardline Brexiteers and the Democratic Unionist Party (DUP), a party that represents Protestants in Northern Ireland and props up May’s minority government, would prefer a no-deal Brexit. Many Labour MPs – along with Scottish Nationalist, Liberal Democrat, Plaid Cymru (Welsh Nationalist) and Green ones – would prefer no Brexit at all, as would a few Conservatives. The Labour leadership supports Brexit but wants a general election. Some moderate Conservative and Labour MPs would prefer a softer Brexit. Many MPs of all persuasions don’t want to take responsibility for the mess Britain is in. So MPs voted against the deal for many different, contradictory reasons.

That inability to agree on a way forward leads some to think a no-deal Brexit will happen by default. But there is also overwhelming parliamentary opposition to such a chaotic, catastrophic outcome. So if faced with a last-minute, cliff-edge, binary choice between deal and no deal, deal would surely win.

Others suggest that the way forward is a softer Brexit that minimises the economic disruption from leaving. The Labour leadership wants a permanent customs union with the EU. Conservative MP Nick Boles and others tout the “Norway Plus” option: a customs union plus membership of the single market (except for agriculture and fisheries). But if you think any of those options will ultimately prevail, in effect you agree with me that the exit deal is likely to be approved eventually.

Depressingly, there is still huge confusion about the Brexit process. The UK parliament is being asked to approve a legally binding Withdrawal Agreement, which covers the terms of Britain’s orderly departure from the EU, notably the financial settlement, EU citizens’ rights and safeguards to keep the Irish border open. That exit deal is bundled with a vague and non-binding Political Declaration on the future relationship with the EU that can readily be compatible with Labour’s position or indeed the “Norway Plus” option. In any case, those would need to be negotiated with the EU – and ratified by the UK parliament – after the UK had left the EU.

Still others have concluded that since parliament cannot agree on a way forward, the UK government will eventually feel obliged to ask voters to decide – and they will opt to remain in the EU. Currency markets seem to have jumped to that conclusion: the pound soared as the contours of May’s crushing defeat became clear. But while the chances of a second referendum have increased in recent months, it remains unlikely.

For a second referendum to happen, the government would first need to table the requisite legislation. That would require a successful no-confidence vote that led to a general election that Labour won with Prime Minister Corbyn committed to a second referendum – a very unlikely chain of events.

Or the same chain of events would need to happen, with Theresa May deciding to call early elections.

Or May might even throw her weight behind a People’s Vote. But that seems very unlikely too, since she seems determined to deliver her Brexit deal – her only achievement as Prime Minister – and reneging on that commitment would enrage Conservative MPs and activists and potentially lead the party to split and prompt a handful of MPs to vote with Labour to topple the government.

In any case, it’s not clear that there is a parliamentary majority for a second referendum. Remainers in parliament are deeply divided between pragmatists who will settle for a softer Brexit and hardliners who are willing to risk a no-deal Brexit to force a crisis that might deliver a second vote. Pragmatists have a variety of other motives too: they include Labour MPs in Leave-voting constituencies, Conservative MPs who fear deselection by local Brexiteer activists and MPs of different stripes who feel a democratic duty to implement the 2016 referendum result and worry that a second referendum would be even more divisive – and potentially deliver a second Leave vote (or, worse, back a no-deal Brexit).

And then there are all the devilish questions about how to conduct a fair referendum with three choices, whose framing and sequencing could lead to different results.

But if and when it becomes clear that a second referendum won’t happen, the binary choice applies and deal beats no deal.

There will doubtless be many twists and turns along the way. And, of course, I haven’t covered every eventuality. Accidents can also happen. Unexpected events can intrude. So the risk of a no-deal Brexit is not zero. A second referendum might happen. But the most likely scenario is still that Britain will exit the EU with a deal that looks very much like the one MPs have just overwhelmingly rejected.

A version of this article was posted on January 16 at https://capx.co/a-variation-on-mays-deal-is-still-the-most-likely-brexit-outcome/

Philippe Legrain is a senior visiting fellow at the London School of Economics’ European Institute and the founder of Open Political Economy Network (OPEN), an international think-tank. He was previously economic adviser and head of the team providing strategic policy advice to European Commission President José Manuel Barroso. He has also been special adviser to World Trade Organisation director-general Mike Moore and trade and economics correspondent for The Economist. Legrain is the author of four critically acclaimed books, most recently European Spring: Why Our Economies and Politics are in a Mess – and How to Put Them Right, which among the Financial Times’s Best Books of 2014.