Vladimir Putin and his legacy project 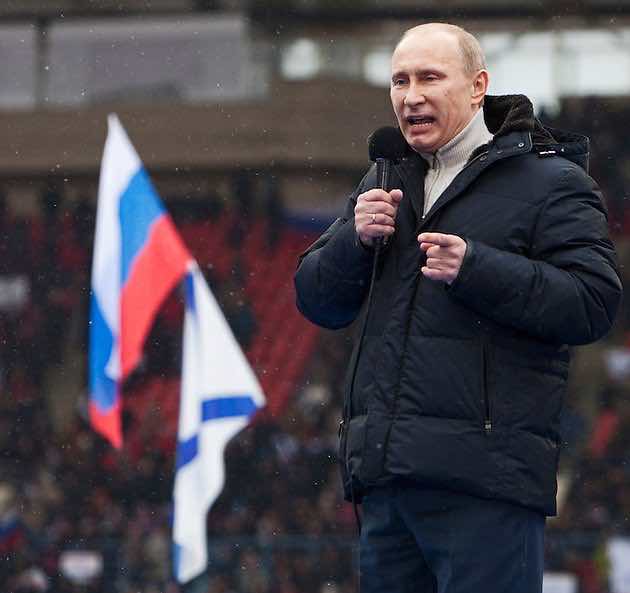 Now that Vladimir Putin has won his fourth presidential mandate to little surprise, two dates will determine the long-time leader’s intentions for the near future of Russia and for Putin’s personal legacy. The first is May 21 of this year, the deadline by which Putin must present a new government as he will dissolve the current one at his inauguration on May 7. The second is 2024, when Putin’s last term, as permitted by the current constitution, ends. The success of the next government in turning around the economy while maintaining Russia’s ambitious grand strategy and handling what appears to be the United States’ most hawkish foreign policy team since the early 2000s, will help answer the question of whether Putin stays or goes when his term is up.

Prior to the poisoning of Sergei Skripal and his daughter in Salisbury, England, Putin’s chief opponents in the election were not the other candidates, but apathy and dissatisfaction for a leader heading into his third decade in office. The poisoning allowed Putin to turn the conversation from Russia’s anemic economy, underwhelming social service provision, and serial problems with grafts and coziness between the state and big business, to more popular themes: the Russophobic West is out to get Russia and only one man can defend the country and save the day.

Now that the election is over, the same problems are coming back into focus as the President chooses his next team. Putin used his State of the Nation speech to stick to generalities without explicit hints on changes to the status quo. Russia going forward, he said, would see improvement in the economy and a rise in living standards, while a new generation of nuclear weapons will keep Russia’s adversaries on edge. By making the same promises, and bettering them, Putin reserved a full spectrum of choice in picking which reform agenda to pursue in a very tricky reform environment.

The Russian President, however, is caught in a very difficult set of problems. He has to get the economy moving to address pocketbook dissatisfaction felt by the median voter, but also ensure that the various strands of the elite that benefit from corruption and insider access continue to support him.

In this context, Putin’s choice of who oversees economic reform is very important. He has worked to create elite buy-in for economic reform by soliciting plans from three ideologically distinct voices: Alexei Kudrin, former Finance Minister and proponent of reducing state involvement in the economy; Maxim Oreshkin, the current Economic Development Minister and proponent of giving the current import-substitution economic agenda more time to succeed; and Boris Titov and Sergei Glazyev, the state business ombudsman and the Presidential Advisor on Eurasian economic integration, who advocate even greater state intervention into the economy.

Any of these policy plans would take the economy in a clear direction that would tie Putin’s hands. Instead he is likely to pursue enough reform to give the appearance of change but reserve the ability to reverse reforms should they impinge too much on the interests of the elite. Should puttering along threaten stakeholders, greater state intervention is always held in reserve.

Beyond the economy, Putin’s clear preference in recent years has been to revise the post-Soviet international order and return Russia to an undoubted status of great power — a state without which international problems cannot be solved. Yet that means keeping two conflicts going in Ukraine and Syria without getting sucked into the morass of Middle Eastern politics and managing European interlocutors who can point to numerous instances of Russian interference into their internal affairs and where public opinion of Russia is low. The current fallout over the Skripal poisoning has led to the expulsion of over 150 Russian diplomatic staff from 28 countries and NATO, which will curtail Russian intelligence operations in those countries for a number of months and highlight Russia’s comparative lack of allies willing to retaliate on its behalf. As the World Cup approaches, states such as the United Kingdom, Iceland, and Australia have announced they will decline to send political representatives, taking the shine off Russia’s public diplomacy efforts.

The gains Russia has made towards this goal in recent years have occurred while the United States has either not seen the value of resolving wars in Ukraine and Syria (as under Barack Obama) or has otherwise been too disorganized to follow a single strategy (as under Donald Trump). The White House has now moved to confront North Korea and Iran more aggressively and decisively by questioning the value of previous policies and agreements. It has also replaced several foreign policy principals, from moderates to hawks, increased the defense budget, and revived talk of arms races with Russia.

The foreign policy gains that Russia has enjoyed occurred while the United States was doing little to oppose it, but still causing difficulties for Russia. First, all post-Cold War Russian and American presidents have sought to build better ties through warm personal relationships, noting the scant bilateral institutional, economic, or cultural relations. Trump and Putin have been no exception, but the context of alleged Russian interference in the 2016 election bringing Trump into the White House has created very little space for the American president to reach out to his Russian counterpart without vociferous criticism. Trump’s warm words for Putin on several occasions alongside heavy American retaliation such as closing two consulates, approving lethal arms sales to Ukraine, expanding sanctions against Russia’s economy and political insiders, prioritizing the threat from Russia in the National Security Strategy and National Defense Strategy, among others, has created effectively two different Russia policies for the United States. Even with the United States expelling sixty Russian diplomats, the State Department decided not to eliminate the slots, merely causing Russia to send new individuals acting under diplomatic cover, effectively limiting the impact of the decision. The combination is that U.S. policy towards Russia is the most hawkish one since the end of the Cold War, but Trump is the friendliest American president to Russian concerns since World War II.

What is unclear for Russia is what Putin’s Plan B would be if the United States returns to a much more aggressive foreign policy agenda while the bulk of the American establishment recoils at any hint of cooperation with Russia. Its likely inability to stop the United States on a basis of power or set the international agenda, as it has enjoyed doing in recent years, would confirm a relatively limited international position while getting nowhere with the United States beyond personal diplomacy.

Over the next two years, Putin will need to demonstrate that he has turned the economy around or even limited reforms will prove unsatisfactory. Over the next six years he needs to get the United States to the bargaining table. Should he fail in either or especially both tasks, popular and elite dissatisfaction will prevent him from generating enough political capital to manage his own succession process or to justify staying beyond 2024 without taking Russian politics into a new direction altogether.

Foreign policy after Italy’s elections: a major test for the winners