As an international economics professor, one of my learning objectives for students is to explain and dispel many of the myths about international trade that are regularly propagated by politicians. Myths can be defined as any story that is told and retold, and that provides a simple explanation for any phenomenon in human experience – with little support from empirical observation. Myths abound on both sides of the policy divide and include ideas like: trade deficits mean a country is losing; trade surpluses are a sign of strength; free trade is always good; everyone wins from trade; and the World Trade Organization (WTO) enables multinational firms to take advantage of consumers.

Some new myths target particular countries, for example, that China manipulates its currency to gain advantage over others; trade with China causes the loss of millions of jobs in the importing countries; China cheats and does not play by the rules; China grossly violates intellectual property rights; and China is conspiring to achieve international economic dominance.

The first thing to understand about these myths is that each one has a kernel of truth. Trade deficits are sometimes bad for a country; free trade is sometimes good overall; China does control its currency because it maintains a crawling peg; trade with China does cause job losses in import-competing industries, etc.

However, the problem with myths is that they are gross simplifications of reality. A myth takes the kernel of truth associated and exaggerates it. That makes myths very powerful politically because they ignore the complexities and nuances of a situation while suggesting that the simple story is all one needs to know.

In the US, President Donald Trump is instigating a trade war with China, and with other countries, on the basis of trade myths. Trump does not seem to understand the history of trade or its institutions, nor does he seem interested in any of the nuances or complexities of trade policy. As he has stated many times, “I just want tariffs.” This approach has been very effective politically. Most voters do not care about the complexities of policy. They prefer a story that is simple to understand and actions that give the appearance of strength.

In the past, leaders who have propagated economic myths to gain political support have usually turned over the implementation of trade policy to the civil servants inside government agencies. These professionals know the history and understand the details that must be considered when policies are negotiated among stakeholders. In the US, negotiations on trade are conducted by the US Trade Representative’s office, the US Department of Commerce, the Department of Agriculture and many other agencies. While it is true that these agencies have been used by President Trump in reaching the US-Mexico and Canada Trade Agreement (the post-NAFTA framework called USMCA), and in the recent negotiations with China, Japan, the UK, the EU, and others, he frequently undermines their efforts by inserting himself into the negotiations.

The past few weeks provide an example of the dangers caused by this approach. Just as the US negotiators were close to striking a trade deal with China, Trump announced via a tweet that tariffs against China would rise if a deal were not reached by the end of the week. Although discussions continued, compromise was no longer possible as both sides blamed the other for the impasse. One hurdle for the Chinese reportedly was the US refusal to immediately remove the recently imposed tariffs. While that position is clearly a tough one, it is also foolish if it prevents a deal from being realized. It is also a sticking point for the approval of the USMCA trade agreement replacing NAFTA, which still lies in limbo awaiting US congressional approval.

Trump’s sudden ratcheting up of tariffs clearly took the negotiators, even on the US side, by surprise. Stock markets around the world reacted quickly to the increase in trade tensions and almost $2 trillion in wealth disappeared for a short time. Looming on the near horizon was a pending presidential decision on whether the US would increase tariffs on automobile imports due to national security concerns. All of this meant the stage was set for a dramatic escalation in the global trade war instigated by the US.

However, President Trump eventually turned down the heat when it was announced that the US would postpone a decision on the auto tariffs (that would be particularly damaging for European producers) for another six months and would eliminate the steel and aluminum tariffs against Canada and Mexico. The decision on whether to increase US tariffs on another $300 billion of goods from China will also take several more months of administrative review before taking effect. All of this should quiet market anxieties for now, but clearly it could return at a moment’s notice.

A bigger challenge than Trump’s unpredictable announcements, however, is that he seems to believe in all the trade myths that he employs to his advantage with his supporters. This together with his repeated insistence that he knows more than the experts, and that only he can negotiate effectively with other world leaders means that any deals finally reached will likely be superficial and will continue to violate accepted trade norms developed during the past century. In his two and a half years as president he has ridden roughshod over US commitments at the WTO using specious national security justifications to impose tariffs on steel and aluminum. He has also avoided use of the WTO mechanisms to discuss intellectual property violations with China and been quick to implement voluntary export restraint agreements, even though these violate WTO norms.

It may be true that Trump successfully brings some of these trade deals to completion. The big question is whether they turn out to be profitable for the US or whether they generate the same kind of returns that his business deals of the 1980s and 90s did: namely, the big losses as was recently revealed by The New York Times. 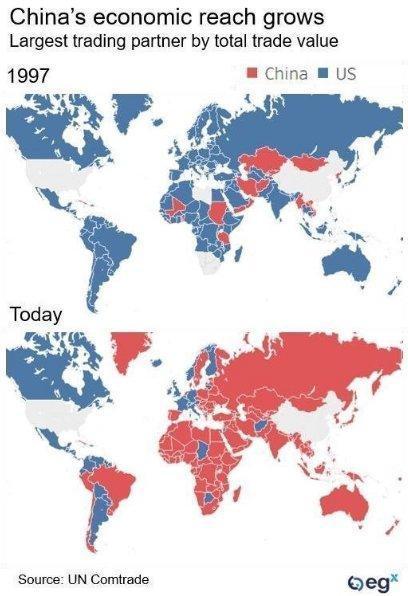 Steve Suranovic is an Economics Professor at the George Washington University in Washington DC and is affiliated with the Elliott School's Institute for International Economic Policy. He is the author of an international economics textbook published online by Flat World Knowledge and a book titled “A Moderate Compromise: Economic Policy Choice in an Era of Globalization” (Palgrave-Macmillan 2010).