The urgent pandemic tasks for the Biden team

On December 21, 2020, President-elect Joe Biden was administered the first dose of the Pfizer COVID-19 vaccine, on live television.

This is in line with the communications approach Biden, Kamala Harris, and their team has kept in relation to the pandemic, since prior to the election. While Donald Trump’s attitude has been one of minimizing the gravity of the emergency, dismissing scientific advice and concerns, Biden has made a point of wearing masks, avoiding crowds and visibly following all the advised precautions. 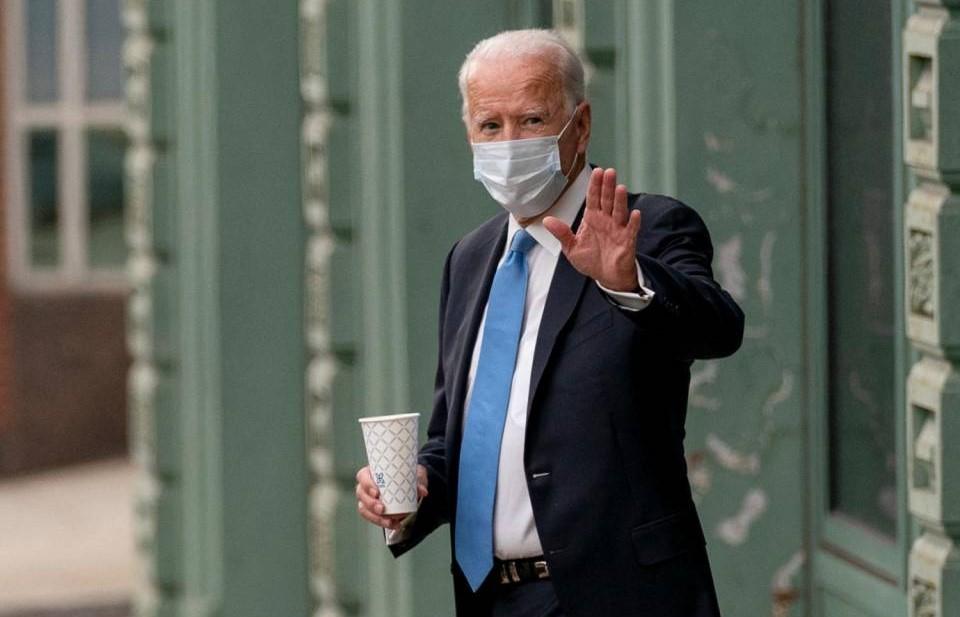 As he waits to effectively take over the presidency, leading by example – encouraging the adoption of safety measures, and promoting the vaccine – is one of the few active things Biden can do about COVID-19, and it is not a small one.

Even as the pandemic continues to rage on in the US, where more than 24 million people have contracted the virus so far and 400,000 have died from it, about 40% of Americans are opposed to taking the vaccine. This could compromise the country’s ability to reach herd immunity, which would require an estimated 70% of the population to be vaccinated.

Biden and Harris have claimed repeatedly that their behavior toward COVID-19 is not a partisan issue, and the fact that some Republican leaders, including former Senate Majority Leader Mitch McConnell, also received their vaccine publicly might support this line of thinking. But COVID-19 remains a strongly politicized issue, and it’s impossible not to see Biden’s cautious behavior in opposition to Trump’s.

Since the pandemic began spreading in the US, the exiting President has denied its existence and its severity, disparaged and mocked protective measures, spread conspiracy theories, promoted unproven treatments, antagonized scientists, and undermined the work of his own experts. He also exposed many (including himself) to the virus, which has continued to spread through the White House and those who had contact with the presidential staff, since October.

Although Trump has not cast doubts on the efficacy or safety of the vaccine – and, in fact, has seen his optimism on its timeline fully vindicated – his contempt of scientific advice grew stronger through the presidency. It seems that Biden is set to try and reverse that.

Prior to the inauguration, there isn’t too much action Biden was able to take to tackle the coronavirus crisis. But he has prepared for it, sending, through his appointments and policy proposals, the clear message that no resources will be spared in fighting the pandemic.

The first step he has taken in this direction has been naming a task force of 13 medical experts to manage the pandemic. Its leaders are telling: Vivek Murthy, Surgeon General under Barack Obama, and David Kessler, who served as FDA Commissioner under George H. W. Bush and Bill Clinton, bring institutional experience and, in the case of Murthy, represent a continuation of Obama’s work on healthcare; Marcela Nunez-Smith, a Yale doctor and professor who has long experience in delivering healthcare to marginalized populations, is an acknowledgment of the disproportionate impact that COVID-19 has had on minorities. The trio will lead a diverse group of high-profile scientists and doctors, many of whom with experience in previous administrations. He later announced that Anthony Fauci will be his chief medical advisor for the pandemic.

The President’s first-day to-do list includes several items related to COVID-19. According to the pledges he has made throughout his campaign, Biden will use his first day in office to re-join the World Health Organization (WHO) and enforce a national mask mandate.

But while joining the WHO is wholly within the powers of the president, enforcing the mask mandate will require the collaboration of governors, which would be a departure from Trump’s openly antagonistic handling of Democratic governors and states. The majority of states have Republican governors, and the mask mandate might be an early test on Biden’s ability to be the conciliator he has pitched himself to be.

This is not to say that only Democratic governors will agree to the mask mandate – in fact, a majority of Republican governors already impose masks in their states, and it is conceivable that many, if not all, the remaining ones might comply with a federal mandate. If they do not, Biden has promised to work with local authorities to compensate.

In Biden’s COVID-19 plan is also vaccinating 100 million American adults against the virus in his first 100 days in office – this on top of the nearly 40 million, including at-risk populations, frontline workers, and residents of long-term facilities, planned before his inauguration. But whether he would be able to do that is still to be seen. For one thing, he made the commitment before the FDA had approved the Moderna vaccine; at the time, the US could only count on 100 million guaranteed doses of Pfizer vaccine, which would have been sufficient only to cover 50 million people (each vaccine requires two doses). And even with the Moderna vaccine, it is not guaranteed that the companies will be able to deliver all the required doses to complete the coverage by April 30th, as the President-elect pledged.

But even beyond the doses, the distribution depends on the coordination of several actors -including federal, state and local governments, health care agencies- which will have to deliver the vaccine not just once, but twice, tracking those who got the first dose and ensuring they get the second. On this plan, and the overall progress of the epidemic, depends on Biden’s second 100-day promise, too, the one to reopen most schools.

The president is aware of these challenges, and has presented an ambitious plan to tackle them. He has proposed an investment of $20 billion to boost the speed of vaccination, and plans to distribute all the available doses, rather than holding onto half for the booster shot, as was the initial plan. This way, the new administration hopes to give some level of immunity to a larger group, and then to be able to follow up with the booster anyway by speeding up procurement of the doses required, for which Biden is suggesting a $400 billion investment.

After the vaccines are delivered, and schools open, the challenges will not end. Although a new $900 billion relief package was finally approved in the nick of time before the winter holidays, Biden has presented a $1.9 trillion anti-austerity relief package, which includes the funding for vaccine production as well as a $1,400 check to most Americans. The measure is bold, which the president can be as he counts on a majority in the House and, by the narrowest margin (the tie-breaking vice-presidential vote) in the Senate.

A golden age of democracy