The third blow, and what will remain of Europe

The history of Europe, in this still young century, could be told in almost byblical terms.

The first asymmetrical blow that came upon us took the shape of a financial contagion coming from the west. The weakest in Europe were hit the most strongly. The strongest rescued them only at a high price, claiming they had themselves been responsible for becoming and remaining so weak. The strict linkage of solidarity and responsibility (through conditionality) was established as a supreme principle. The weakest were saved, but they remained crippled (including in their public health capacity) and became even weaker.

The second blow came from the south. This time it was a political contagion spreading in our “neighborhood”. Many in Europe rejoiced, until they realized that mass emancipation – however long overdue and welcome – brought severe instability and reinforced the pressure of the poorest and most threatened from across the Mediterranean to enter our oasis. The strongest and least exposed countries in Europe harshly urged the most peripheral ones to live up to their responsibilities as guardians of the “common space”. In the meantime, internal borders creeped back into existence.

Now, the third blow has come, in the form of a health contagion coming from the far east. Once again, it is an asymmetrical shock and weak southerners are the most severely hit so far. But this time, the moral and empirical bases for asserting the linkage between solidarity and responsibility are even shakier. Laxity in public finances or in border controls cannot be pointed out, this time, as the “causes” of the punishment. Still, the strongest stick to the unwritten supreme principle and try once again, through the European Stability Mechanism, to make large-scale macroeconomic solidarity strictly conditional upon responsibility. 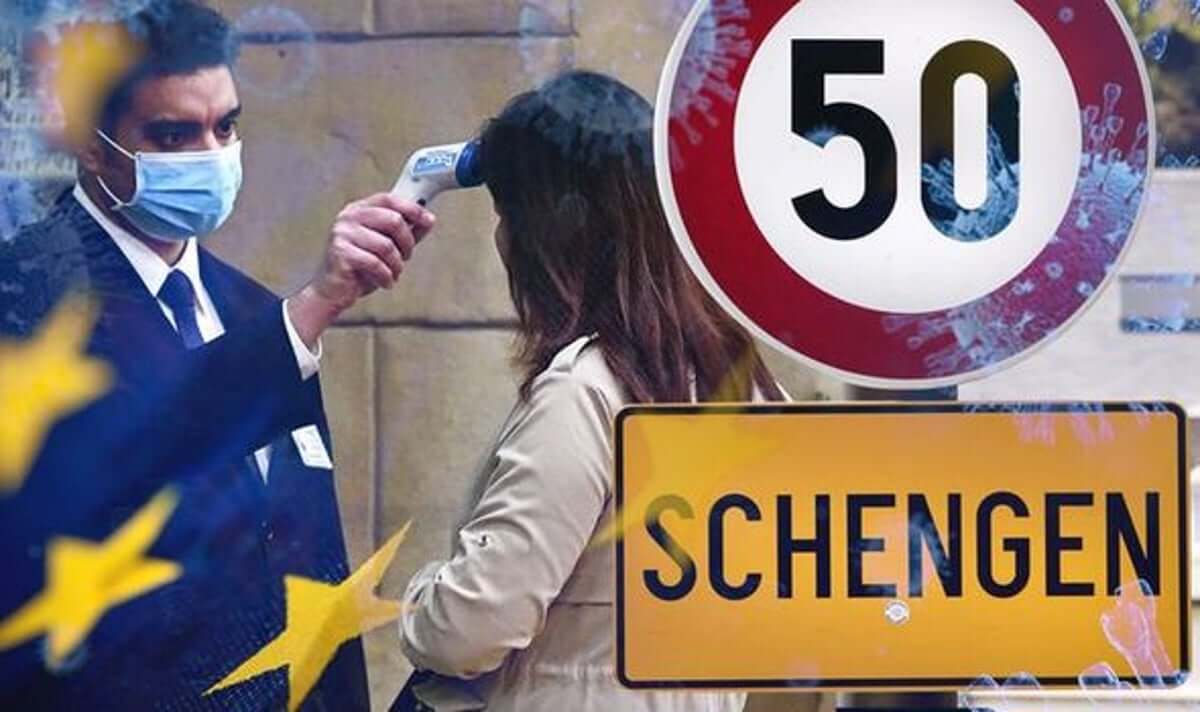 Some extraordinary steps have indeed been taken. In front of such an evident and overwhelming case of force majeure, the activation of the general escape clause of the Stability and Growth Pact (SGP) was impossible to deny, and it will in any case benefit all the hit countries in an equal way, and under their (future) responsibility. Then, after some initial wavering, the market stabilizing forces of the European Central Bank (ECB) were unleashed to an extent that would have appeared unbelievable only a few weeks ago, but now looks dramatically insufficient.

As for immediate solidarity in the sanitary effort, after some blatant initial denials in open breach of common market principles, the EU is now at last leveraging its strength through a voluntary Joint Procurement Agreement with Member States. As of 24 March, this was bringing results with offers from producers of personal protective equipment “covering the quantities of items requested by the 25 Member States taking part in the procurement.” The European Commission informed that the necessary items would be available “two weeks after the Member States sign the contracts with the bidders.” But each day means more lost lives and, in the meantime, emergency deliveries from China and Russia – benefiting from high level of media coverage – are dramatically reshaping Italians’ emotional worldviews by the day. Official voices struggle to specify that overall volumes of emergency supplies dispatched from France and Germany are bigger. But the initial incapacity to grasp the crucial importance of symbols in such a moment was appalling.

The countries most affected (again) by this third blow are now proposing to join forces for good, through (somehow unfortunately baptized) Corona-bonds. “Recovery Bonds”, as some propose to call them, does certainly sound better. How to ensure that these would indeed be oriented towards sustainable recovery and not just short-term political goals should be a key matter of negotiation. But, even before any real negotiation, stronger and less affected countries have radically rejected this attempt at decoupling, at least partly, solidarity from conditionality, support from expiation. European Commission President Ursula von der Leyen has dismissively labelled these emergency Eurobonds as “a slogan” (“nur ein Schlagwort”) and in their virtual summit on March 26th, EU leaders could only decide to postpone any decision on this matter by two weeks.

Such dogmatic resistance might waver and be reduced over the coming weeks. The announce of a forthcoming instrument for temporary Support to mitigate Unemployment Risks in an Emergency (SURE), made by Commission’s President on 1 April, is a promising ouverture. But we are still far from any joint strategy and making predictions is less wise than ever. What we can and should try to do, instead, is anticipate what will remain of Europe, if solidarity is once again denied or granted only upon disproportionate and crippling conditions.

Would Europe be reduced to “a geographical expression”, as Count Metternich once famously said of Italy? Not entirely. For sure a tight web of structural interdependencies and occasionally converging interests would survive. From this point of view, a tiny cross-border history is telling. In the first days of the European Covid-19 emergency, the Czech government unilaterally closed national borders in both directions. The unsustainability of such a radical (and allegedly unlawful) measure soon became clear. In that country of some ten million inhabitants, a significant share of the population survives on the revenues of cross-border service provision. And richer neighbors too, soon suffered from the closure and started to complain. In badly ageing Austria, for instance, elderly care heavily relies upon some (probably under-)estimated 65,000 “shuttle” migrants, mostly from Romania and Slovakia. Such structural interdependencies explain why the Czech government was soon forced to revise its decision to lift the drawbridge and introduce a whole set of exceptions for cross-border workers.

So, Europe probably won’t be reduced to geography anytime soon. It will survive as a thick but ever more fragile and contentious mesh of material interests. But if, under this third blow, tangible and visible solidarity will still fail to materialize, mutual trust and a sense of common belonging will be eradicated more deeply and for a longer time than under previous blows. In southern Europe, this would be a formidable (this time maybe decisive) boost to nationalist forces and their geopolitical alliances.