The world is experiencing another energy transition. Over the past few centuries, we have gone from wood to coal to oil, gas and nuclear; now we are shifting towards renewables. Consequences for society are inevitable – the trick is to manage them to our advantage.

The history of energy has always been very dynamic in its evolution. The expression “energy transition” is not new: as far back as the eighteenth century, the shift from wood towards coal and later to oil, gas and nuclear, are all examples of energy transitions. These transitions were driven by innovation and technological progress, and they took decades. They were slow but unstoppable, and their impact on society, on the economy and on global geopolitical equilibriums was profound. 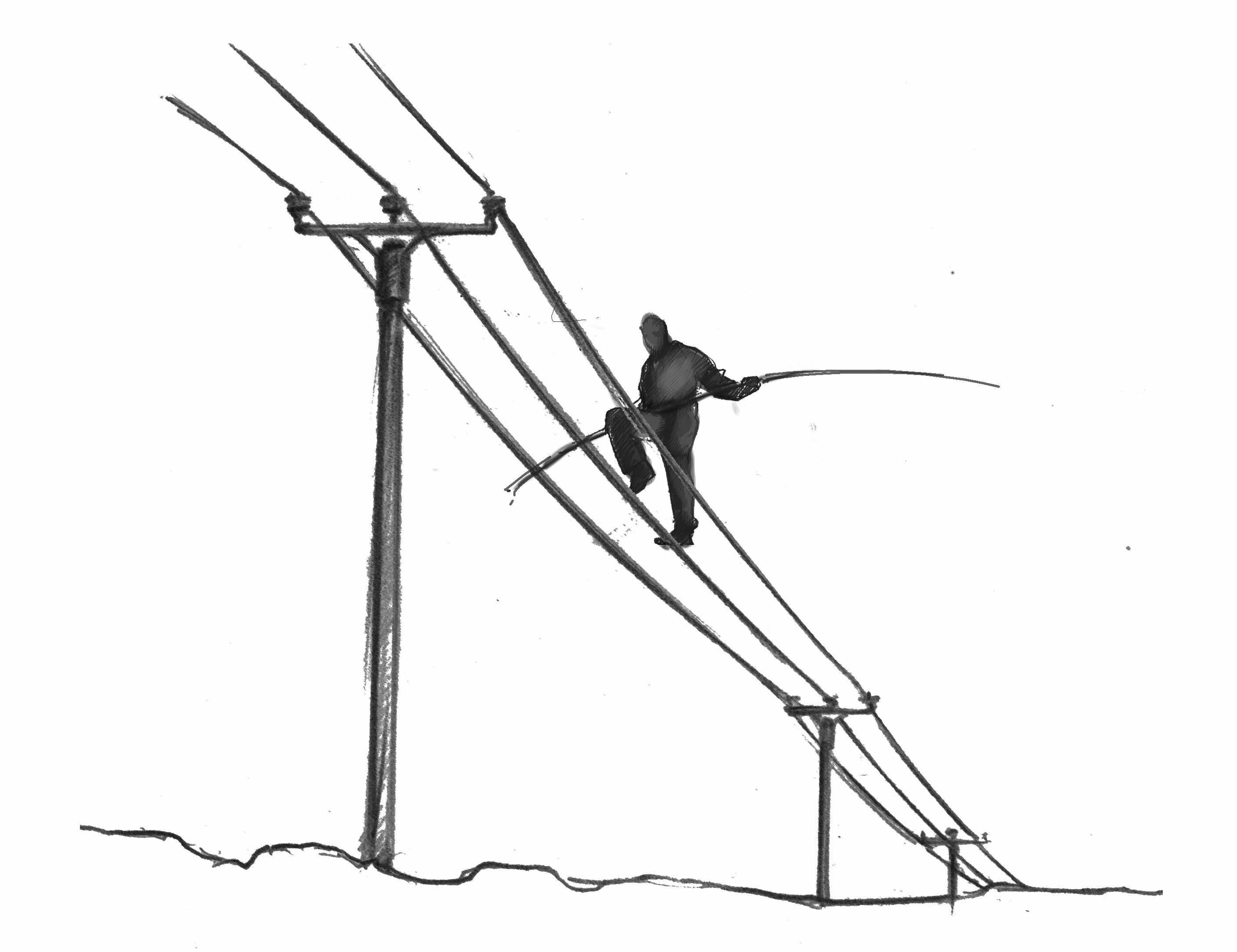 The world is currently witnessing a new energy transition towards renewable sources, which is proving faster and more disruptive than previous transitions. And once again, this transition is changing the energy sector. The conventional energy paradigm – based on fossil-fuel energy production – is no longer sustainable, not only for environmental reasons, but also for economic ones. Since the 1970s, global primary energy demand growth – which has more than doubled, driven in large part by robust demographic and economic development in Asia – has been met almost entirely by fossil fuels. During the same period, co2 emissions have doubled, and the scientific community has shown – beyond doubt – that co2 levels in the atmosphere due to human activities are directly linked to the increase in the temperature of the planet, with its devastating effect on the earth’s climate. The year 2017 was the hottest year in history, and adverse climate events – more and more violent and frequent – caused over 300 billion dollars of damage in the United States alone, according to the National Oceanic and Atmospheric Administration.

POLICY IS KEY. From a political point of view, the Paris Climate Agreement represented an important step forward in the fight against climate change. The international community – over 195 parties signed the agreement – committed to progressively reduce greenhouse gas emissions, aiming to limit the temperature increase to less than 2°c versus preindustrial levels. Despite such important pledges made by countries, policies in place today fall short of reaching this target: decarbonization efforts need to accelerate, from transport to electricity generation.

Nevertheless, there are many positive signals. Despite the withdrawal of the United States from the Paris Agreement, support from other countries remains solid, with further commitment from companies and cities to reduce greenhouse gas emissions, independently of central governments’ decisions. In many countries – such as Germany and Italy, among the first to promote clean energy – electricity consumption is entirely covered by renewable-based generation several days each year. Many cities have announced diesel-car bans to limit local air pollution while the automotive industry is progressively switching to electric mobility. The renewable industry attracted about 300 billion dollars in investment in 2017, employing almost 10 million people in 2016 worldwide. On the back of investors’ growing interest in sustainable finance, global annual green bond issuances increased from 3 billion dollars in 2011 to over 160 billion in 2017,2 rising by more than 60% compared to 2016.

These positive signals are the clear and tangible indication of the ongoing transformation in the energy sector, largely driven by four main trends: urbanization, decarbonization, electrification of final consumption and globalelectricity demand growth.

ON CITIES. The trend of urbanization and anticipated robust population growth will have a significant impact on energy demand. More than 50% of the global population today lives in cities – it was only 30% in 1950 – and, according to the United Nations, it will reach 66% by 2050, with total population rising to over 9 billion, particularly concentrated in Asia and Africa. By 2050, an additional 2.5 billion people will be added to the current urban population: this is equal to a new city the size of Shanghai every four months. By 2030, there will be more than 41 megalopolises with over 11 million inhabitants and about 620 cities with a population between 1 and 10 billion.

Living conditions in cities have been the trigger of large policy changes towards a decarbonized and cleaner energy mix. In fact, this urbanization trend will continue to accelerate the switch towards clean and modern energy sources. It will promote the adoption of increasingly decarbonized electricity in small and large appliances alike, as well as in heating and cooling systems and in urban public and private mobility. The production of energy-intensive materials – such as iron and cement for construction – will make more and more use of clean energy sources. In this context, the role of cities will be central in accelerating the clean energy transition and in promoting sustainable development.

SUPPLY AND DEMAND: DECARBONIZING ELECTRICITY GENERATION. The decarbonization of the electricity sector, initially supported by government policies, is now a trend entirely driven by renewable energy affordability and cost-effectiveness. Since 2009, the average generation cost of solar pv and onshore wind has decreased by over 80% and 60%, respectively. In some regions, renewable-based electricity generation is currently more competitive than its fossil fuel-based counterpart.

Renewable auction results clearly show this trend: awarded prices for new solar pv installations decreased from about $72/mwh in Brazil in 2014 to just $18/mwh in Saudi Arabia in 2017. That represents a fall of about 75%. Meaningful reductions were also seen in onshore wind. Over the last five years, renewable capacity has increased on average by 130 gw per year, largely driven by solar pv and wind. In 2017 alone, new renewable capacity (excluding large-hydro) totaled about 167 gw, of which 98 gw was solar pv, higher than the combined total of coal, gas and nuclear net additions.

Looking forward to 2040, new renewable capacity triples to an annual average of 300 gw, with solar pv and wind growing respectively by 130 gw and 100 gw on an annual basis. In 2040, the share of renewable electricity in the generation mix will increase from the current 24% to over 60%.5 As the share of renewables increases, the average cost of electricity declines and stabilizes. Unlike fossil-fuel electricity generation, it is also naturally insulated from oil price volatility. Therefore, electricity promises to become a zero-marginal cost source of energy, progressively replacing fossil fuels in the energy mix.

Increasingly, electricity – more affordable, sustainable and efficient – will emerge as the most used source of final-use energy. In the last fifteen years, about one third of final energy consumption growth was satisfied by electricity, mainly in buildings and in the industry sector, and marginally in transport. By 2040, the share of electricity on demand growth will rise to about 40%, with an increasing role in transport – due to growth in the electric vehicle sector – and in buildings, where electricity will cover almost half of demand, up from the current 30%.

In advanced economies, the growth in electricity demand will be largely driven by higher consumption from small electronic devices (such as smartphones, tablets and computers), while energy efficiency savings will balance out the growth of demand for lighting, large and small appliances, heating, and cooling. In developing economies, electricity demand will rise by almost 3% per year to 2040, mainly driven by industrial motor systems. Finally, according to the International Energy Agency’s 2017 World Energy Outlook, the middle-salary class expansion – particularly in China and India – will also create electricity demand for space heating, cooling systems and large home appliances.

BEHIND THE WHEEL. Transport electrification represents another important driver of electricity demand growth. Electric vehicles (ev) are more efficient than internal combustion engines, reducing Co2 emissions and other air pollutants, and enabling an acceleration of the transition towards a clean and sustainable transport sector. Battery cost reductions, technological improvements, charging station roll outs, a growing number of ev models (from fewer than 30 in 2012 to over 120 expected in 2020), automotive industry competition, and increasing consumer interest all set the stage for a rapid electric mobility revolution.

Bloomberg New Energy Finance estimates that about 1.6 million ev will be sold in 2018. Indeed, the share of ev sales is expected to outstrip that of internal combustion engines by 2040, reaching almost 60 million ev sold globally every year.

As a result of these trends, global electricity demand will increase by more than half in 2040. The growth will be concentrated in emerging economies, given their robust demographic and economic development and thanks to more widespread access to electricity. Electricity demand will increase moderately in South and North America, while it is likely to plateau in Europe and Japan, thanks to energy-efficiency and energy-saving measures.

TECHNOLOGY AND THE CONSUMER. Two other fundamental drivers are profoundly transforming the energy sector: digitalization, with new technologies enabling more efficient processes and innovative services, delivered in a shorter time and at lower cost; and customer-centricity, with ever more informed, active and involved consumers, who are able to choose more consciously.

Digitalization describes the trend of the rising application of information and communication technology in the economy. It is defined by the co-presence of three elements: data, analytics and connectivity as a data-exchange enabler. Due to sensor cost reductions, the roll out of digital technologies and the Internet of Things, the world is witnessing an unprecedented data explosion in all sectors: about 90% of the data available around the world today was created just over the last two years.

The energy sector has always been an early adopter of new technology: already in the 1970s, utilities used ict to manage the grid. Today, the trend is booming and energy company investments in digital technologies have increased by 20% since 2014 on an annual basis. According to the International Energy Agency (IEA), such investments reached 47 billion dollars in 2016 – higher even than investments in new gas-fired electricity generation worldwide.

Technological progress is revolutionizing the way we produce, distribute and consume energy. It is opening the door to business models that were unimaginable just a few years ago. While globalization has given birth to a new single competitive arena on a worldwide scale, digitalization creates new interactions, both within the sector and between sectors, overcoming traditional barriers. In this context, the customer is central and becomes an important actor in the electricity system. On the one hand, with distributed generation, consumers become electricity producers; on the other hand, storage technologies, demand response and smart metering enable high-value services to the grid.

The IEA World Energy Outlook predicts that by 2040 more than 60% of electricity generation will be renewable, and about half of that will come from solar pv and wind. Integration of non-dispatchable renewables8 – enabled by a well-designed market and regulatory framework, together with the implementation of storage, demand response measures and the digitalization of the grid – is fundamental to guarantee the stability and security of our electricity systems.

ENEL’S EFFORTS. All told, the energy transition aims at a more sustainable and better future for the world. My challenge as the ceo of Enel is to facilitate and lead this transformation, producing and distributing sustainable and clean energy, opening electrical energy to more uses and helping to make it accessible to all.

In this respect, Enel’s strategic plan integrates all aspects of the future energy sector and translates them into industrial policy, in observance of environmental, social, and corporate governance pillars. By focusing on sustainability and innovation, as well as on the industrial and financial aspects of the business model, Enel can respond in a positive and flexible way to change, ultimately creating long-term shared value for all stakeholders.

By implementing innovative and sustainable business solutions, with the full buy-in of stakeholders, from local communities to employees, Enel will further the ongoing energy transition and thus help the world move towards that better future.

Francesco Starace is the CEO of Enel, an Italian multinational manufacturer and distributor of electricity and gas.

On energy and responsibility