Requirements for a European defense

History shows that a political community incapable of ensuring its own defense and security on the ground is in danger, sooner or later, of also losing its freedom.

The crucial issue is simple, yet it is anything but a foregone conclusion. It is a matter of ensuring that Europe can finally adopt a set of military and technological tools capable of endowing the Union with the ability to defend itself independently against potential threats to its security while its alliance with the United States remains in force. 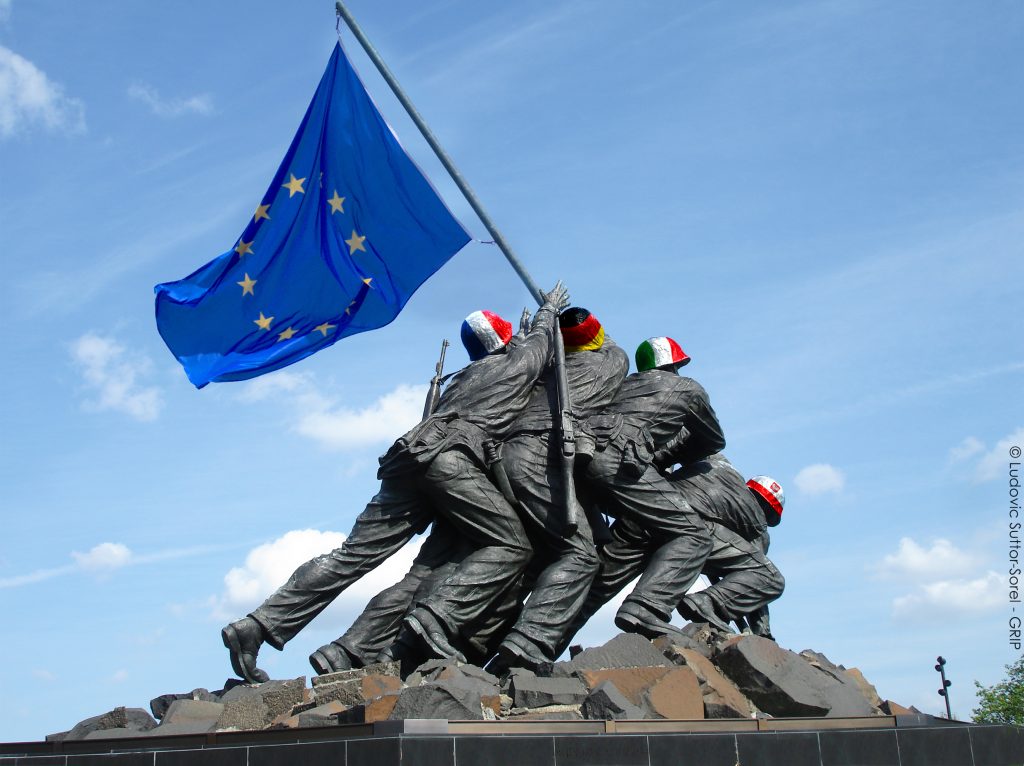 It is obvious that such a goal can only be achieved by the Union as a whole, rather than by member states individually, if we consider the power structure holding sway in the world today. Only the European Union is large enough to face the challenges to the international order that are already having a serious impact on peace in the Mediterranean and that have sparked dangerous tension on the Union’s eastern border. Only the European Union has sufficient resources to be able to sustain the cost of its security and defense by adopting an adequate military, technological and IT structure capable of constant and rapid evolution. Only the European Union, following the demise of the United States’ role as the hegemonic power, can influence the major choices facing us at the global level in a multipolar world. Only the European Union can adopt a far-sighted investment policy in Africa ensuring development, green energy and security synergically with the African Union. To achieve this, however, it is essential that the strong commercial, economic and monetary role that Europe plays on the international stage by virtue of its advanced integration be corroborated by equal credibility in the sphere of the legitimate use of force.

The facts are indisputable. Comprehensive public spending on defense by all 27 EU member states is over three times higher than Russia’s and less than half that of the United States, yet its efficiency, gauged professionally on more than one occasion, is a fraction of both. The EU depends on the United States even for minor military operations in the Mediterranean, for handling drones, for artificial intelligence and for satellite surveillance notwithstanding  the European venture Galileo being already operational. Even the defense of the European territory with conventional weapons would be a risky business in the event of a military attack. The economies of scale to be made by synergizing its defense industries would be enormous, and indeed they too have been calculated.

The prospect of endowing the European Union with its own independent intervention force has been aired on more than one occasion at the European level, but it has been taken to a higher level of political determination only in recent years for reasons with which we are all familiar, especially under the Trump presidency and quite recently with the Afghanistan issue. So, the upgrading of the CSDP (Common Security and Defense Policy) has begun, but the far more ambitious ideas aired at the European Council meeting in Helsinki in 1999 (proposing the establishment of a European force some 60,000 men strong) have largely remained a dead letter, even though a considerable number of European civilian and military peacekeeping very valuable missions, including under the UN flag, are currently operating in various parts of the world.

Numerous voices have in fact been raised in favor of a European defense mechanism in recent weeks. One has but to consider those of Italian President Sergio Mattarella, French President Emmanuel Macron, Italian Prime Minister Mario Draghi, EU Commission President Ursula von der Leyen, German candidates for the post of chancellor Olaf Scholz and Armin Laschet, EU High Representative of the Union for Foreign Affairs and Security Policy Josep Borrell and many others. It is significant that these voices are coming from the world of politics, taking up a stance alongside those of the European Parliament and of the European Commission that have been aligned in favor of the project of a common defense for years. It is equally significant that leading figures in member States’ military hierarchies also have repeatedly come out in favor of European defense, for instance General Rodolfo Graziano who chairs the European Union Military Committee, General Vincenzo Camporini and others, or British General Richard Barrons, a former C-in-C of the British Joint Force Command.

What these people propose is not the abolition of national armies but the establishment of an initially small yet genuinely European, thus supranational, core military force directly associated with the European institutions, i.e. the Commission, the European Council and the European Parliament. We should remember that the United States could count on the legitimate presence of both a federal army and the armies of individual States until the Militia Act was passed in 1916. This Dual Army structure (as Kenneth Wheare has dubbed it) would, among other things, allow for the flexibility required to address the kind of challenges that are at present unfortunately starting to proliferate, several of them in regions very close to Europe.

Standardization, which is necessary if we are to achieve economies of scale, should also apply for armies that would continue to be national armies, in the medium term at least, but this necessitates intergovernmental agreements, which are always a sensitive, if essential, issue. Adopting new technologies and new advanced defense instruments is neither a simple nor a rapid operation. For example, it currently takes over a decade to research and manufacture advanced chips and semiconductors (over which Taiwan has a virtual monopoly today) or to put a totally new military airplane or tank in the field.

One thing must be clear. A common European force, even if it is very small to begin with (like the force proposed by Olaf Scholz and symbolically christened the 28th European army), must have a correct relationship with the Union’s institutions and thus, ultimately, with the sovereignty of the people and the separation of powers. The Commission, the two Councils and the European Parliament must also play the roles in the field of common defense that are their prerogative in the democratic constitutional system on which the construction of Europe rests.

While the basic thrust can only come from the world of politics, prompted by the current crises as has almost always been the case in the history of European integration, the broad institutional framework that can make concrete progress possible is already there in the Treaties, in Titles IV and V in the Treaty on European Union (TEU). The measures governing strengthened cooperations allow a project to be developed on condition that at least nine member States subscribe to it (TEU Art. 20.2). The TEU also countenances the possibility of deliberating by qualified majority for certain kinds of decisions (TEU Art. 32.2; TEU art. 43. 2). A more binding commitment is allowed for States establishing a permanent strucutured cooperation in defence policy without fixing a minimum of participants (TEU art. 42. 6). In connection with the military sphere, is it however not permitted to apply the so-called “passerelle” clause (TEU Art. 48.7) that would make it possible to regularly adopt a majority vote if such a concept were to get the initial green light from a unanimous vote. Yet unanimity is considered achieved even if one or more states abstain (TEU Art. 238) on the condition (as we understand it) that those in favor represent a dual majority of 55% of the member states involved and of 65% of their populations. In concrete terms, the most likely prospect today is that of initial political support for a first European defense corps comprising primarily the governments of France, Germany, Italy and Spain, which would no doubt be joined by other member States. It would be necessary to incorporate into an EU framework (including by modifying the Treaties if necessary) the Eurocorps force which currently lies outside the structure of the EU. With that in mind, it would be important for Italy to join the Eurocorps, of which it is not currently a member.

When we talk about European defense using the formula of shared sovereignty, we should realize that the term must be understood in two ways – both of them valid and both of them necessary – in relation to the Dual Army model mentioned earlier: on the one hand, in terms of shared coordination among the member States (or more probably a group of those States) in the field of armaments and in the conduct of common security and defense policies, including within NATO but primarily within the UN; and on the other hand, in terms of the establishment of a supranational defense corps; and both of them built into the Union’s institutional framework, albeit in different ways. The task of organizing this dual geometry certainly is not easy; it is going to demand an in-depth study at the technical level of the military, logistical, operational and institutional planning and organization involved. But having said that, it is the only path to pursue if we wish to achieve the goal.

Where the nuclear umbrella is concerned, the desirable prospect is that in due course and in the appropriate manner, France’s force de frappe will protect not only France but Europe as a whole and will be financed by common funds. The “European sovereignty” of which Macron speaks can mean only that, in the same way as Germany deliberately yielded to European sovereignty givg up their own “monetary sovereignty”. The process took over two decades to be achieved and it will inevitably take a long time also where common defense is concerned. But we need to set off down the path in concrete terms today.

In the longer term, the creation of a European defense capability will clearly lead to a downsizing of national forces while, in parallel gradually fueling the common defense budget with new own resources. The burden for the taxpayer will presumably not increase, and efficiency would soar dramatically in the space of a few years. A suggestion worth considering carefully is that at least some member States governments – why should the Italian government and parliament not start the ball rolling in a far-sighted perspective? – might declare their amenability for the future to earmark a small part of their national defense budgets (say 10% to start with?) for a common EU defense budget. The Union, on the basis of its own procedures, would then allocate the additional resources to specific defense goals in accordance with the national governments. This could take place gradually, including using at the national level at least a part of the economies of scale that would come from the standardization of armaments within the Union.

In conclusion, only if Europe acquires its strategic and military independence – that is compatible with its alliances, first and foremost with the Atlantic alliance, with a view to forging step by step an “equal partnership” with the US but also autonomous intervention powers  – will it be able to become an active player on the world stage; that is, a policy of shared monitoring and of gradual containment of armaments worldwide, of a controlled nuclear disarmament process and of a strengthening of the UN’s powers as enshrined in the Charter since 1945. On this crucial terrain, as in the spheres of the environment and of the climate, Europe is already in the forefront. It is common knowledge that huge resources, a small part of which would be sufficient to protect the environment and to eliminate health and social inequality worldwide, are currently spent on armaments. Young people are especially sensitive to this topic. The Conference on the Future of Europe was set up with the intention of listening carefully to what young people, indeed the next generation,  have to say.

We should not forget that the European integration process first saw the light of day in Ventotene as a political blueprint designed to guarantee not only intra-European peace but also, in the longer term, international order and world peace. That is its original goal, and it has never been superseded despite setbacks and postponements.