Israel’s diplomatic coup: a significant step, but less than meets the eye

The UAE-Israel Normalization Agreement announced in August, later referred to as the Abraham Accords with the signature of the Kingdom of Bahrein, marked the inception of a new Middle East, but the Palestinians and Israeli Left risk being left behind.

Over the summer and during one of the worst moments of the pandemic, Israeli Prime Minister Benjamin Netanyahu achieved another master coup: While diverting international media attention to an incoming annexation of the Jordan Valley, he was in fact brokering a secret agreement with the United Arab Emirates (UAE) to pursue the US “Peace to Prosperity Plan”, which is most beneficial to Israel. Pundits could long opine whether the annexation proposal was the Israeli Prime Minister’s boutade from the beginning or whether its preliminary announcement was meant to assess the potential consensus within Israeli society as much as the extent of potential stonewalling by the international community. 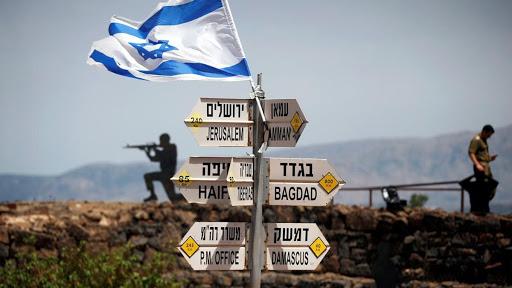 Either way, backstage the “peace deal” was being negotiated under the auspices of the US administration, exactly at the time when national polls were showing a majority of Israelis tilting against annexation. With Netanyahu, Israel’s longest standing prime minister thus far, being obsessed with leaving a historical legacy, the August 13th UAE-Bahrain peace deal served the purpose perfectly. In a Trump-inspired cynical world order, Netanyahu understood that he had to compromise on military technology in order to secure a major diplomatic gain and unofficially greenlighted in Washington the sale of US F35 fighter jets to the UAE. On the same line of thinking, US President Donald Trump did not hesitate to promise those F35 jets to the UAE, potentially triggering a new conventional arms race in the Middle East. He bet on the unlikeliness of a Congress “Resolution of Disapproval” to overcome the presidential veto and on Netanyahu’s longing for a short-term political achievement able to make the headlines to stave off any hesitation on Israel’s side.

UAE-Israel relations have been exposed since 2015, when Israel inaugurated a renewable energy agency in Dubai. However, the recent deal will bring boosted cooperation in pivotal technology, such as desalinization plants and military equipment, and kick off the opening of new international shipping lines and services intensively connecting the Mediterranean Sea with the Far East and Southeast Asia – in particularly with Indonesia, Malaysia and Pakistan. These are all countries in which the UAE has an extensive network, to the mutual benefit of both countries.

While the UAE did not hesitate in reaching out to Israel, as there was no need to confront its own small and low-politicized public opinion, Netanyahu was going through a difficult time at home, with weeks of demonstrations against his COVID-19 crisis management. He, thus, jumped at the occasion to strike a historical deal that would at once polish his image in front of domestic public opinion and project Israel on the international scene as a key stabilizing actor in the Middle East. His legacy would then include fulfilling the Likud’s main electoral promise: “Making Israel punch above its weight on the world stage” (Gottesman, IPF, 21 September 2020).

The price he had to pay for it – forestalling the annexation for a limited, yet undefined time and tolerating the upgrade of some UAE’s military capabilities – was the least he could bear in order to secure a highly beneficial deal, approved by a large majority of Israelis (76.7% according to the last Channel 12 poll). This cross-party, wide support from Israeli public opinion could be ascribed to a single factor: Striking a deal with the UAE, as with any other Arab state in the region, marks the “unlocking of the cage” of the Zionist citadel.

On September 15th, in fact, with Bahrain jumping on the “peace” bandwagon – the ruling Al-Khalifa dynasty took a completely anti-Iranian position alongside Saudi Arabia and the UAE -, Israeli Zionists felt for the first time that they had found their place in the Middle East and defied their siege complex, overcoming the political isolation the Jewish state had been suffering from since its foundation in 1948.

Israel did not need to stage any war to attain this major result, rather it achieved it without releasing any parcel of land. Such a move could have triggered a civil strife within the Jewish community. Instead, all it did was loosely promise to postpone the official annexation of a territory (the whole area C or the Jordan Valley, which is part of it) that it already ruled and managed since 1994 thanks to the Oslo Accords and will continue to do unhindered. Furthermore, it did it without even having to hint at the existence of, let alone the need to compromise with, a Palestinian partner that created no obstacle to its signature. Both Arab signatories simply ignored Ramallah’s traditional veto power on deals with Israel.

Within Israel, among the few dissenting voices pinned against a broadly majoritarian national consensus, are the security establishment, which is the Israeli Defense Forces (IDF) higher echelons, and the far-Right and -Left Israeli parties. The first, the IDF Command, deplores the provision of high-tech military capabilities to the UAE in exchange for a deal: Peace treaties, it claims, are generally protected by security arrangements and not realized through unequal exchanges that could eventually undermine them. According to an IDF veteran, Shimon Arad, the sale of US F35s to the UAE could, in fact, jeopardize Israel’s qualitative military edge, mandated by the same US Congress with its 2008 Bill. Defense Minister Benny Gantz would have indeed flown to the US immediately after the deal’s signature to submit a list of military requirements (provision of F15 and F22 fighter jets and KC 46 Pegasus aircraft) for the Knesset to ratify it.

The two dissatisfied and highly critical parties belong to the opposite fringes: Bezalel Smotrich, co-leader of the Yamina (Right) party and representative of the settlers constituency, who denounce Netanyahu’s betrayal of his electoral promise to the Yesha Council by temporarily withdrawing the annexation, and Yair Golan of Meretz (Zionist Left), who criticize the secrecy of the accords and the high-personalization of politics, that is the non-inclusion of the Knesset Foreign Affairs or Defense Committees in the negotiations which dragged on behind closed doors for weeks. While the latter party is deemed to shrink even further in Israeli politics in the coming months, the critique aired by Yamina should be taken more seriously into account, as the party seems to enjoy a revived popularity in the polls, passing from five actual seats to 21 in electoral projections.

Notwithstanding those minor domestic critiques, Netanyahu’s normalization strategy with the Arab world is a game-changer: Israel, Bahrain and the UAE not only made a breakthrough in Arab-Israeli relations, irrespective of the Palestinian stance, but also affirmed the mutual interest of countering the Islamic Republic of Iran as a far more pressing strategic regional issue than the Palestinian liberation cause.

In the White House speech marking the “Abraham Accords” signature, the Palestinians were not mentioned a single time by the Israeli Prime Minister, whereas he adamantly stated that “the Treaty could end the Arab-Israeli conflict once and for all”.

Both the Palestinian Authority and Hamas in the Gaza Strip had unavoidably rejected the deal and its rationale: The first denouncing its blatant violation of several UN Resolutions, the latter by throwing 13 rockets over the border fence into Israel. However, Netanyahu’s words seem to have been well-received by the Palestinian people who, when asked by the Palestinian Authority on September 16th to take it to the streets in Ramallah, showed up in small numbers: About 200 in Ramallah and about 100 people in Jenin and Hebron (The Times of Israel, September 22, 2020). They understood that both leaderships do not want or do not know how to break the stalemate, have no alternative vision for the future and nothing to deliver, and are therefore clinging to the status quo.

Hamas and Al-Fatah could pretend to be outraged, be eager to recommit to national unity talks – as they were doing recently in Istanbul – or threaten violent retaliation, but the people no longer buy into them (only 11% of the Palestinians believe unity talks will succeed, according to a September 2020 survey from the Palestinian Center for Survey and Policy Research).

Besides inflated press declarations, they have not come up with any detailed roadmap, they still envision pan-national elections that could hardly take place because of their internal party-rift and Israeli objection in East Jerusalem, they have no clue as to what comes next in this new Middle East they so little grasp. They just know how to buy time pending the incoming US elections in November, as if a new US Democratic Administration eventually emerging from the ballots could turn a page and rewind all the events that have unfolded so far. Or, even more cynically, they are just waiting for the next financial aid rounds, which for the Palestinian Authority are the new funds the US Congress has recently allotted them (the $250 million  “Joint Investment for Peace Initiative”, included in the State Department Foreign Operations and Relations Programs Appropriation Act 2021, voted on July 24, 2020) and for Hamas the financial aid freshly secured by the Qatar-brokered deal with Israel.

For the time being, six weeks down the line from the first UAE normalization bid, beside some rather theatrical objections in the context of the Arab League claiming revenge at home – by arresting all close supporters of Mohammed Dahlan – and abroad, by allowing public burnings of pictures of UAE Crown Prince Mohammad bin Zayed, no concrete steps have been put forward. In the meantime, the people are suffering, as the suspended security cooperation between the Palestinian Authority and Israel translates into hindrances in filing for work permits, in further obstacles to trade permits and licenses and in a delayed or cut transfer of Palestinian Authority taxes by Israel in accordance to the Paris Agreements (1996).

This exacerbates the already dire social conditions prevailing in both Gaza and the West Bank, with the latter hitting an official but underestimated 35% unemployment rate. Persevering in this status quo defense at any price, both the Palestinian Authority and Hamas are condemning themselves to political irrelevance, or – as some Israeli Defense officials fear – to the looming dissolution of the Palestinian Authority by self-implosion.

At the end of the day, this deal is not a peace agreement, but a defrosting act, melting invisible cultural and political barriers between Israel and the surrounding Arab states that have been standing still for over 70 years. It designs a new Middle East architecture geared towards countering Iran, protected by the overarching US military umbrella and strengthened by mutually benefitting strong economic and trade links to build upon among neighboring states.

The Palestinians were offered an opportunity to join this no-qualms fabulous club of post-conflict cooperative and prosperous states with participation in President Trump’s “Peace to Prosperity” Plan, but they missed it. Bahrain and the UAE, instead, have taken the hint and rapidly seized the potential benefits offered by the new context. Five more Arab states – Oman, Sudan, Comoras, Djibouti and Mauritania – are meant to follow suit. Once Saudi Arabia, following King Salman’s future death, will join the group, the Palestinians will be crossed out by the political agenda of the region, leaving only the EU clinging to a dead letter in international law.

There is nothing fair in this twist of events and certainly this “peace” does not address any historical grievance pending between the Palestinians or the Arab world and Israel. Instead, for the Palestinians to ignore these new facts on the ground would only amount to a blatant refusal of cold reality.

Claudia De Martino is a researcher at Coris, La Sapienza, University of Rome; she received her PhD in Social History of the Mediterranean at the Ca’ Foscari University of Venice.