The South Asian nuclear-armed neighbors are at war once again. This might sound dangerously like déjà vu to some but that would be unwise. The two countries are closer to nuclear holocaust than ever before, and the answer lies in demography.

It is almost never understood outside India, but is unfailingly repeated in almost every conversation on the subject within the country, that for two decades now, relative peace with Pakistan has held for one reason: the unresponsiveness of India to terror attacks or what is known as the “strategic restraint doctrine”.

Some of the greatest terror attacks in India, all emanating from terrorist groups within Pakistan, a fact widely accepted by the international community, have had, at best, an armed forces mobilization, but little armed response from India.

These include the 2001 attack on its parliament and the 2008 attack that was the deadliest in history killing around 174 people. Only after an attack at an army base in 2016, claimed by the terrorist group Jaish-e-Mohammed (literally “The Army of Muhammad”) did Prime Minister Narendra Modi send ground troops to hit terror camps inside Pakistan.

This has changed in the last couple of years as India has recently sent armed troops into Pakistan twice. After the latest terror attack, in which a suicide bomber killed 40 soldiers in Pulwama in Kashmir, again claimed by Jaish-e-Mohammed, India crossed a strategic red line, sending fighter jets to drop bombs on a terrorist camp inside Pakistan. This is something India had never done since its full-fledged war with Pakistan in 1971 that led to the creation of Bangladesh.

Until now, such a move was inconceivable as the threat of Pakistan using nuclear weapons if its border was crossed was too great. India has now called this bluff. The reasons are simple though not widely understood.

Prime Minister Modi does not have any choice but to respond if provoked. His constituency, that is the people of India, widely does not want strategic restraint anymore.

About half of the country’s population is under of twenty-five years of age. They were toddlers when India fought its last war with Pakistan in Kargil in 1999. They have never really lived in a world of inevitable strategic restraint. The only narrative that they have ever heard is about an India growing stronger economically and militarily.

They cannot understand why India would not strongly respond to provocation because they have never lived in an India that was consistently resource-starved and poverty-stricken. Most of them have a smart phone – the country has around 300 million smartphone users. WhatsApp is the most critical political tool in India, and Modi, the most prominent Indian twitter user.

This is the constituency that drives Indian politics today and Modi faces tremendous pressure to deliver an India that consistently projects strength – not restraint – and prosperity to this perpetually vocal constituency.

Anyone who has seen the angry gatherings of people as the bodies of the soldiers killed at Pulwama returned home knows that something has dramatically changed on the ground – as well as in the collective psychology of many citizens. 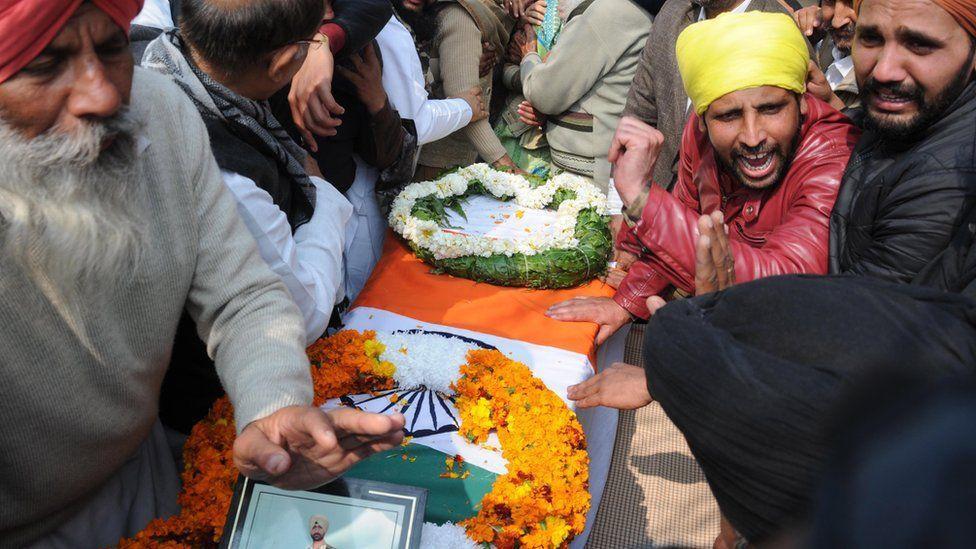 Modi faces tough elections in about one month and if he is seen as being tough to terror, his prospects will be brighter. However, what also needs to be understood is that he does not have a choice but to respond strongly – any other leader in his position would have to respond in a manner that shows a clear and aggressive break from status quo.

Insecurity about inability to respond in case of a nuclear flare-up used to be a reason cited by previous governments. Recently it was widely publicized that India has a secure strike ability after completing its triad with a nuclear capable submarine , thereby becoming the sixth nation with the capability to attack using nuclear weapons from the air, land and sea. This has only reinforced the public perception that the red line can be crossed – and the new normal in South Asia arises from there.