Grid modernization: effective investments in power networks as the key to foster the energy transition

in cooperation with CESI - by Matteo Codazzi

In the last few months, around the world, different announcements have been made – by governments, international agencies, and leading companies – to target a reduction of greenhouse gas emissions over the coming decades. These reduction objectives will be backed either by different stimulus packages in the course of being adopted in different countries or by specific roadmaps tailored to the particulars of each national context. However, all these different plans will have in common four pillars that represent the foundations of the energy transition:

These four interrelated trends would unlock the potential of the energy transition through the broad deployment of renewable power plants, which would also be exploited in alternative sectors (e.g. transport and heating) thanks to the electrification of final uses. This process will leverage on extensive digitalization, a powerful tool for an effective and smooth real-time functioning of the power systems, given the unprecedented level of decentralization and the volatility of generation. 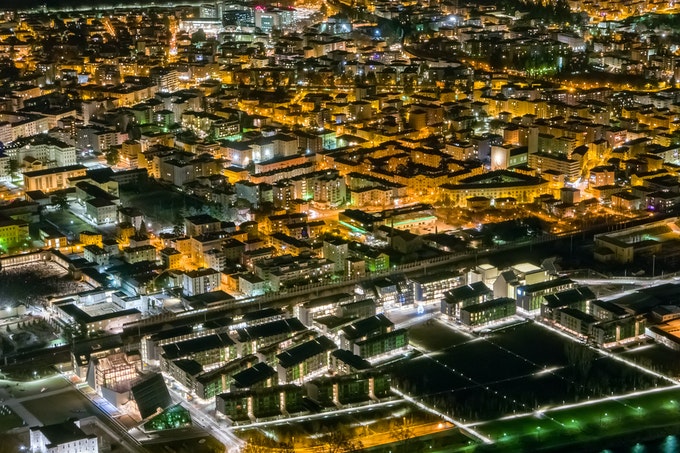 Within the electric system, this epochal transformation also involves the power grids, which are undergoing a process of adaptation and renovation to support the energy transition, giving birth to the so-called “smart grids”: a combination of equipment, systems and devices that enable a two-way flow of electricity and data among the interconnected points, with built-in digital communications technologies and self-healing capabilities to detect, react and pro-act to changes in power usage and production, where all the customers become active participants.

Distributed generators and “prosumers” are at the core of the smart grids, increasingly supported by storage systems either stationary or in the near future on wheels, giving life to the vehicle-to-grid paradigm. An impressive number of sensors and actuators is, and will be, installed all over the power infrastructure giving birth to the “internet of energy” (IOE, a derivative of the internet of things, IOT). But the huge amount of data produced and collected by such a smart grid can be perfectly complemented by emerging technologies such as big data analytics.

This process of network renewal is called “grid modernization” and entails an accurate and structured process to identify the key investments and to deploy the necessary technological infrastructure in a quick and streamlined manner. In order to meet its decarbonization targets, the European Commission estimates an average yearly investment need of €50 billion, which is twice the size of the average yearly investments of the last decade. In the US, out of $14 billion of grid modernization initiatives filed for approval, only $2 billion were approved in 2018,[1] underlining a difference of perspectives between utilities and regulators on the network investments.

In fact, the first risk in a network investment plan is related to a siloed approach in the identification of solutions, which is expressed in several ways: The envisioned interventions are analyzed only within their specific segment without considering the inter-relations with other solutions. Moreover, IT and OT systems could be inflexible and poorly integrated, with the possibility that software solutions are not able to process the data coming from the grid devices. This approach is also visible in stakeholder engagement, where some relevant players (e.g. customers, suppliers and IT companies) are often not consulted in the process of drafting the investment plan.

An integrated and structured plan for grid modernization could overcome this problem with a four-step approach, as suggested by McKinsey in “Modernizing the investment approach for electric grids”.[2]

The first stage requires defining the top-down priorities in terms of outcomes expected by the investments, going beyond the traditional performance indicators required by the grid such as reliability and safety towards the satisfaction of requirements of security, flexibility, resiliency, zero-emission energy and affordability. In particular, the last requirement implies an optimal allocation of the expenditures for the benefit of the ratepayer.

The second step involves the identification of the foundational investments through redesigning grid processes and capabilities, such as network planning, outage management, control room operations and asset maintenance. This activity allows to define the technologies, platforms and communication infrastructure that will be critical for the successful outcome of the plan.

Thirdly, dimensioning and the prioritization of hardware investments are necessary. This activity shall be made through a classification of the investments according to the envisaged outcome. For example, all the physical devices related to flexibility measures must be included in the same segment in order to properly size the investment and link it with other solutions having the same objective. Subsequently, the investment prioritization could be made considering the different options available, their costs and the expected benefits.

Finally, the fourth step requires the qualification and quantification of the value delivered by the integrated plan in terms of several indicators, including outage reduction, energy and cost savings, job creation and climate change impact: This would provide some tangible figures that could be checked after the realization of the plan to verify the effectiveness of the investments made.

Within this context, it is also necessary to have a suitable regulatory paradigm that would favor the realization of impactful investments in intelligent networks while ensuring appropriate financial returns for the electric industry. The 2017 report from World Economic Forum, “The future of electricity – New technologies transforming the grid edge”,[3] suggests the evolution of the revenue model towards an outcome-based regulation and a total expenditure approach: The first model enables the principle of accountability mentioned in the previous paragraph, whereas the second encourages utilities to also invest in network digitalization and other non-physical assets, which are essential parts of the current and future grid. Indeed, the share of expenditures allocated to the so-called “digital grid” has increased over the years: According to the International Energy Agency (IEA), in 2019 it represented 17% of total smart grid investments whereas in 2014 it was only 10%.

Business models are also evolving, implying a radical transformation of the grids and the entire power system that must be properly addressed in the process of planning new investments.

The first tangible evidence of business model evolution is the shift from asset-intensive services to network platforms that allow to maximize the value of distributed energy resources and provide innovative services, even without the ownership of the assets. In the age of the “sharing economy”, even energy is not to be left out: Energy communities enable to aggregate different consumers and let them share renewable energy supported by advanced real-time forecasting and dispatching technologies for an optimal utilization of the resources. In return, the final users have access to discounted tariffs and deductions.

The transformation of energy paradigms is also highlighted by the realization of cross-sector coupling (or partnerships), which will unlock the potential of new forms of flexibility such as electric vehicles: In Europe several initiatives between automotive companies and utilities are rising, with the objective of delivering a well-functioning integration of electric vehicles in the network and providing services to support the stability of the grid through electric vehicle batteries.

CESI and its US subsidiary EnerNex have an extensive experience in grid modernization worldwide, having supported several prominent global utilities in addressing the challenges of the energy transition, in particular with a view to enable the power system to smoothly integrate larger quantities of renewable energy. One relevant example is related to the project developed for Hawaii utility (HECO), where EnerNex has supported the development of the plan to allow Hawaii to reach its 100% renewable energy goal by 2045, also identifying key technologies and investments requirements.

CESI and EnerNex have also worked for US utility Southern California Edison to make the grid more flexible and reliable by developing use cases and strategies, such as distributed energy resources integration in the market, microgrid operability and outages and service interruption management. CESI’s experience in this sector is truly global having designed smart grid roadmap for Vietnam, Saudi Arabia and countries in South America. Highlighting a global footprint is one of CESI’s distinctive features.

Smart grids for the energy transition – in cooperation with CESI

Matteo Codazzi is the Chief Executive Officer of CESI S.p.A., a world-leading consulting, testing and engineering company in the field of technology and innovation for the power sector. Previously, he held executive positions with several global companies, including Enel and Finmeccanica/Leonardo.

The evolution towards smart grids: a new emerging framework