Engaging Russia: a gamble and its limits

The first summit between the leaders of Russia and the United States produced very little tangible news. Still, it ignited an emotional storm that reflected polarized perceptions of the world by American and Russian elites. These divergent worldviews are the real cause of the crisis in the countries’ bilateral relations. Both Moscow and Washington see each other as the counterpart that to some extent defines their respective international identity and image, or as the Constitutive Other.

If we look at reactions to the summit in Russia and the United States, it might look as if people were referring to different events. In Moscow, the public was triumphant, seeing the summit as another confirmation that Russia is not a regional power as former US President Barack Obama labeled it, but a great one. Despite Moscow’s recent assertive international behavior, which was used by the Kremlin to shift attention from domestic perils, the leader of the Western world was still compelled to reach out to the Kremlin and attempt to make a deal with it.

In the US, in contrast, the summit was seen in value-laden terms. The interpretation was: Donald Trump, the leader of the free world met with Vladimir Putin, the president of a rogue country, a mafia state. Putin was relentless in his attempts to subvert democratic nations just because he detests democracy and freedom. Instead of pressuring him on his behavior and demanding to stop it, Trump succumbed to Putin’s charms (or was blackmailed) and even spoke against his own intelligence community that confirmed that the Kremlin intervened in the 2016 presidential election. 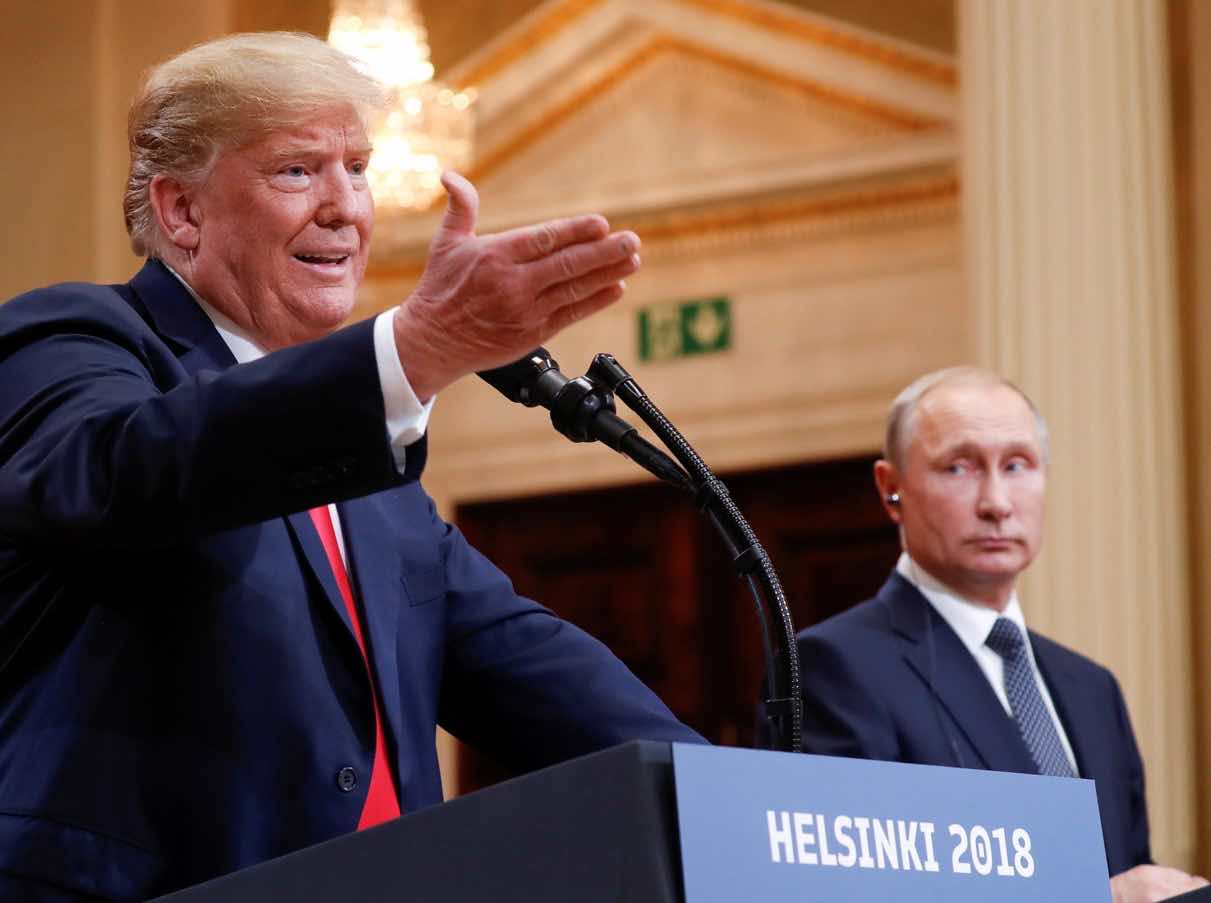 Both sides, therefore, got what they needed from the summit. The difference was that in Russia the Kremlin is in full control of the media and can put any story in favorable light. In the US, Trump is at war with the media and it seemed that no matter what he said during the news conference, he would still be lambasted at home. For instance, if he had criticized Putin for interference, then the very decision to hold a summit with someone who attacked your country would have looked foolish.

Trump seemed to believe that by speaking directly to Putin behind closed doors, he could have made a deal with him first on Syria and then on Iran and nuclear proliferation. He could then sell it as another international success story ahead of the midterm elections in November. However, he is constrained by the accusation that members of his team conspired with the Russians during the presidential election he won in 2016. It is doubtful that any solid proof of this will ever emerge, but this will never stop Trump’s opponents from using the episode as their most potent weapon.

Putin, in contrast, faces a very different situation at home. He is a towering figure in Russian politics, but he also has six years ahead that have to be filled with some achievements. Following interventions in Syria and Ukraine, Putin made it clear that he had made the decision to back track his foreign policy plans and shift attention to the Russian economy.

The main problem with the Russian economy, though, is that it the Russian state has assumed too much control over it. Economic development is suffocating due to the lack of competition. In other words, the problem with the Russian economy is that Putin and his allies own big chunks of it. To solve this, Putin would have to go against his own interests, which he might do in order to preserve his power, but so far has never done.

If Putin will fail to deliver on the promise that the Russian economy will get a substantial boost and will start growing above world average rates, then he will have to look for other ways that will ensure that he will stay in the Kremlin beyond 2024. The only alternative for Putin is to venture out for some new foreign policy experiences, for instanсe going deeper into Ukraine. In this case the crisis with the US and the West at large will only get worse.

Fixing the Russian economy will be much easier if Putin can get the US to cooperate. The main question, though, is whether Trump can deliver much by himself. In case he reaffirms his mandate during the midterms and then gets re-elected in 2020, he might have more leeway in dealing with Russia. This is also conditional on whether new accusations of another Russian intrusion emerge during these campaigns.

This whole situation brings us back to the usual dilemma in Western policy toward Russia – whether Moscow should be contained or engaged with. Trump is clearly pursuing the latter option and that is why the summit in Helsinki was so important to him. The wide majority of his compatriots and European colleagues believe that Russia can only be deterred.

Whenever Moscow is contained, it recoils to the besieged fortress mode, which only makes the Kremlin stronger and discourages it from implementing reforms. In the absence of reforms, Moscow will only be more motivated to pursue a more aggressive foreign policy, so the result of Western containment might be the opposite of what is intended.

Therefore, Trump’s efforts to bring Russia back to the table might be beneficial to the world at large. Russia is different from the Soviet Union; it has a much more flexible economy that can easily weather external storms. Russia has been underperforming at least since 2013, but it is nowhere close to collapsing. It just hosted a very successful World Cup and Russians are known to be risk adverse people.

The main problem Russia has is the one of succession. Over the years, the political system has become over-focused on Putin. In order to prolong his rule in the Kremlin or appoint a comfortable successor, he will need to present some track record of success over the coming six years. It can be either domestic or international, the former being the better choice. Trump can help Moscow fix its economy, but so far the election intervention story has been preventing him from doing so.