On March 12th, US President Joe Biden signed what is likely to become a landmark of his administration: the $1.9 trillion COVID-19 economic aid package. It includes pandemic-related $1,400 checks and larger unemployment benefits, as well as an expansion of Obamacare. Nancy Pelosi defined the American Rescue Plan as the most relevant measure she has worked on in her 33-year Congressional career. Furthermore, the bill seems to be appreciated by the vast majority of Americans. A Pew Research Center poll found that 70% of Americans favor the package, with 28% opposed. Among registered voters, even 41% of surveyed Republicans favor the Rescue Plan and 57% oppose it. 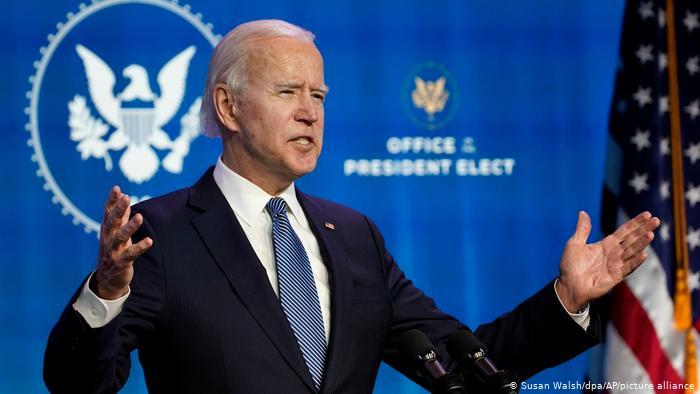 Biden decided to concretely present this first result to the public. Although his signature will not appear on the checks that millions of Americans will receive (Trump had his signature added to the stimulus checks last year), the President held an official ceremony to celebrate the plan becoming law, kicking off a “victory tour” to communicate to America the prominence of this achievement. Biden is aware of the risk of under-selling the rescue package: In 2009, when the $800 billion stimulus plan was signed, President Barack Obama opted not to invest time and energy in celebrating it and the benefits it brought to the country. Several observers believe that decision helped Republicans win the 2010 midterm election.

While the efficiency of the plan and its economic relief will be tested in the coming months, its consequences on daily politics are already visible in Congress. In addition, the wide public appreciation for the package did not encounter the same sympathy on Capitol Hill. The Senate passed the bill 50 to 49 and only after cancelling a crucial provision that would have increased the federal minimum wage to $15 an hour.

In the final vote, only Republican Dan Sullivan was not present, because he had to go back to Alaska for the funeral of his father-in-law. Sullivan’s absence did not change much, as Vice President Kamala Harris would have broken any ties, as she did on the voting motion to proceed before Sullivan left. Democrats also decided to use the budget reconciliation process to speed the process, denying Republicans the chance to filibuster. This meant that it took just the absolute majority to pass the bill, rather than 60 senators.

In the House of Representatives, the final vote was 220 to 211. In the end, not a single Republican approved the package. Only one Democrat, Maine Representative Jared Golden, decided to break party lines and voted against the plan. Of the five COVID-19 related bills passed by Congress, this is the only one that had no Republican support at all.

The whole situation is in striking contrast with the early hopes of Biden’s administration. His presidency was keen to reunite America and he has consistently repeated this during the transition period and the first months of presidency. Biden’s inaugural speech appealed to unity and reconciliation, to achieving grand bargains and heal the country from the polarization caused by the Trump years and his post-election behavior. But everything related to this package seems to have nothing to do with “working across the aisle” and reaching a common agenda with the GOP. In early February, Biden met with 10 Republican senators to discuss COVID-19 related policies: To many it seemed the confirmation of his consensual style of work. Apparently, however, it did not go anywhere.

In April, the 46th President will present his next big political target: a bill that is also expected to cost trillions of dollars and include climate, infrastructure, police reform, new rules for trade union representation in workplaces, voting rights, higher minimum wages and change in correctional policies. An ambitious progressive agenda that will not be able to fit under the Senate rules for budget laws.

Namely, it will be impossible to avoid filibustering techniques. Progressive Democrats are already happy, Republicans in Congress will strongly oppose it. Even though it is also plausible to imagine some bipartisan convergences at the state level and on specific projects. Especially for what concerns infrastructures: the US are heavily in need of a modernization of the highway and railway system and Republicans have often been vocal on it.

However, both parties seem ready to use the Rescue Plan and the upcoming proposed “progressive” bill against each other in the 2022 midterm election, which will decide whether Democrats continue to have control of the full Congress. Candidate Biden vocally campaigned against political polarization, identifying it as a crucial issue the country is suffering from.

President Biden, in his first big legislative achievement, did not do much to overcome that party polarization. Is the proposed historical reconciliation already over? Probably, yes. Biden’s administration and Republican opposition are already setting the stage, in a permanent campaign mood, looking forward to November 2022.

Over the Indo-Pacific, do not give Xi Jinping more credit than he deserves