In the past few years the Italian university system has been undergoing a significant evolution, mainly due to three almost independent processes: general demographic trends, the economic crisis, and changes in legislation.

Over the last seven years, the joint effects of demographic changes and economic stagnation have brought about a reduction in enrollment (-17% since 2006) and in the total number of students (-5%), together with a significant reduction in the number of public university faculty members and “researchers” (until 2010 a permanent position with some teaching duties).

Altogether the teaching body shrank from about 62,000 to less than 53,500 (-14%), with dramatic consequences on the number of degree programs offered by Italian universities (-21%). In particular, the recent reduction in the number of doctoral courses was substantial (-40%).

As a consequence, the teacher/student ratio, which was never favorable in comparison with other Western European countries, is presently down by 25% with respect to the average of Germany, France, Spain and UK. This ratio impacts directly on the fraction of graduates in each age class, which is proportionally lower when compared to the above-mentioned countries.

The academic demography is characterized by a very high average age: almost 60 years for full professors, 54 years for associate professors and 47 years for researchers (with average ages at recruiting that are respectively 51, 44 and 37 years). Such an aged cohort will obviously go into retirement in the short term, a likely number of around 2,000professors and researchers in each of the next five years.

An analysis of the statistical data covering the last thirty years of university recruiting leads to an estimate of the average annual recruitment, finding the following values: about 750 full professors, 1,250 associate professors and 1,700 researchers per year. These numbers would ensure stability in the numerical composition of the teaching body, but in the present financial situation it is not plausible that they be maintained. As a consequence, the trend towards a numerical reduction of the teaching body will probably not show any tendency toward slowing down in the next few years.

Changes in legislation have played (and keep playing) a central role in the above-described dynamics. Retirement age has been progressively reduced: until 2008 a full professor could have continued working until the age of 75, then the limit went down to 72, and since 2011 the maximum retirement age for full and associate professors is 70  (that of researchers is 65).

But even more important changes have occurred since the end of 2010, when a general reform law (Law 240/2010) was approved by the Italian Parliament.

The governance of universities was substantially modified, with a power shift from the Academic Senate towards the Rector and the Board, with the suppression of Faculties and an enhanced role of Departments, with new rules for economic and financial accounting and with stronger supervisory powers vested in the National Evaluation Agency for Universities and Research (ANVUR, also in charge of the Evaluation of the Quality of Research, or VQR.

Also the rules for recruiting were substantially changed. Permanent positions for researchers can no longer be established, and are replaced by temporary (three year) research positions, some of them tenure-track.

Access to permanent positions is now reserved to subjects possessing the National Scientific Habilitation (ASN), which may be obtained only through a complex procedure carried out once a year by a national committee.

But in the three and a half years since the reform, only the first round of “habilitation” procedures has been (almost) completed and no single professor has been hired under the new rules. This is especially telling since the law provided some simplification in the final steps, now permitting a “direct call” for “habilitated” individuals, that bypasses the previous (often fictitious) “competitions”.

However, the main obstacle for maintaining (or recovering) a healthy state for the Italian public universities is the lack of financing, the principal source of which is the State. This comes through an annual fund (FFO) whose nominal amount has decreased from 7.5 billion euros in 2009 to 6.7 billion euros in 2014, corresponding to a loss of almost 20% (corrected for inflation). Such a cut prevents significant recruiting, even before we factor in the new procedures and the recent legislative limitations to the turnover of personnel in the public administration. For the same reason, temporary recruiting has also been substantially curtailed: only about half of the potential three-year research positions have been opened since 2011.

Figure 2 – The number of university teachers (2007-2018), including estimated new entries 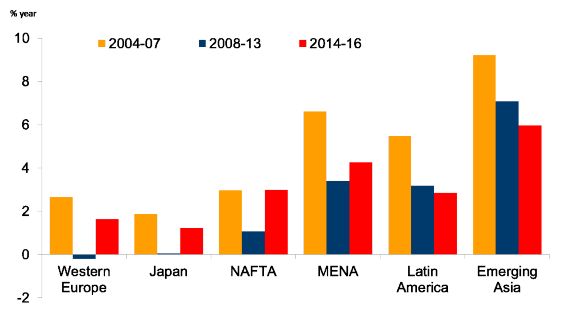 Consequences for the quantity (and quality) of research performed in Italian universities will not take long to be felt. There is a growing awareness that the limited success of Italian researchers in getting European research funds is mainly due to their comparatively low number, because the average amount of funding obtained by Italian scholars is not lower than the European mean value. Other indicators of research yield similar results, such as the average number of scientific publications and the average number of citations obtained by each article. As a side note, the emphasis on the quantitative aspects of scientific production (both individual and collective) recently posed by the Evaluation Agency may have a negative impact on the originality of research, because of the higher risks involved in activities not following the mainstream and not having a guaranteed (publishable) result.

These negative trends of the last seven years could still be stopped and even reversed, but this will require a much greater awareness of the importance of an efficient university system for the economic and social development of the country on the part of both political leaders and common citizens.

US higher education: still on top of the world?