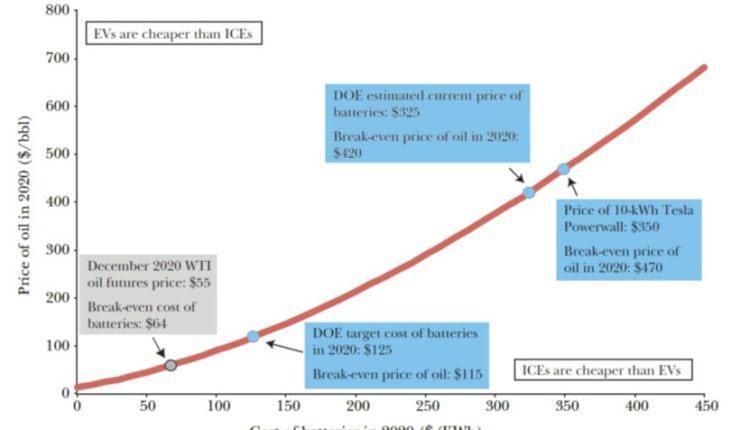 On the scientific front, it has become clear that warming of the climate system is unequivocal, and that human activities have played a role in the warming, as the World Bank’s 2013 report Turn Down the Heat and the WEF’s 2016 Global Risks Report show. On the public-policy front, the most significant development is the collective voluntary commitment to climate-change mitigation that came out of last year’s 21st annual conference of United Nations Framework Convention on Climate Change (COP21) in Paris. Some may call this a milestone of global awareness and cooperation – perhaps not as dramatic as the first satellite picture of Earth that created an instant awareness of how closely our fate is tied together, but certainly more concrete. We now have 196 countries and regions in agreement on climate change. With 2015 the final deadline for creating a new accord, COP21 produced the first-ever, universal, legally binding, global climate deal.

On the economic front, recent developments have made the work of addressing climate change more challenging even as public demand for cleaner environments and the economics of renewable energy continue to create momentum for climate action. The world economy has not fully recovered from the global financial crisis (GFC) of 2008-09. Today’s global output gap is even higher than at the height of the crisis, with the gap at 7 percent. Actual global gross domestic product (GDP) growth rates of around 2.5 percent in recent years have been below the 3.6 percent forecast. After a strong rebound immediately following the GFC, emerging-markets growth has slowed significantly. Growth potential in China has diminished. Brazil and Russia are in recession. We have recognized for a long time that the most vulnerable people vis-à-vis climate change are the poor. A World Bank study suggests that as many as 100 million people could fall back into poverty by 2030 if progress is not made in addressing climate change. Less growth means less economic power in climate mitigation and adaptation.

As China’s growth has slowed and new capacity for oil and gas has come on line, fossil-fuel prices have declined by a steep 70 percent since mid-2014. This alone will not reverse the trend toward renewable technology, but it has made fossil fuels more economically attractive. Approximately 65 percent of global greenhouse-gas emissions are generated by fossil-fuel combustion. The main challenge in replacing coal and natural gas with wind and solar power for electricity generation is the variable nature of wind and solar availability, which affects the “baseload” (the minimum level of demand on a supply system). Prices for various energy sources can vary greatly around the world, so our job is to make the cost of renewables competitive in more markets and raise replacement potential.

Replacing oil with renewables in the transportation sector poses even greater challenges. Widespread use of electric vehicles won’t happen until we see battery technologies that are substantially lower in cost, with significantly shorter charging times and longer driving ranges. When demand for oil falls, oil prices will decline, making renewables less attractive.

Even with very steep learning curves for renewables and aggressive climate policies, most global energy projections do not expect renewable energy to become the majority source of energy worldwide for a number of years. Replacing coal with natural gas will therefore remain an important part of the transition to a low-carbon solution in some markets. But to further accelerate the shift to renewables, the market needs consistent climate-policy signals including—but not limited to—carbon pricing and complete removal of energy subsidies. The global energy market, as Pulitzer Prize-winning author Daniel Yergin loves to say, is a super tanker that can only turn slowly since so much infrastructure is fixed. We should continue to promote and stimulate the development of renewable energy and improve energy efficiency, while also putting more emphasis on climate adaptation.

First, we need to win the technology race—between the speed of innovation and rising global temperatures, and between renewables and fossil fuels. On the renewable side, rapid integration of variable-renewable energy into the grid calls for smart-grid technologies, intelligent asset management and electricity trade, and the development of storage technologies. Solar- and wind-power production have become cost competitive in many markets, and we would expect this trend to continue. However, in some markets, firms will continue to rely on subsidies.  Renewable subsidies are justifiable in the absence of full carbon pricing and often offset the impact of fossil-fuel subsidies; but they must be very well targeted to avoid market distortions. Technologies that are commercially competitive on their own should not be eligible for subsidies. Facilitating a substantial cost reduction in renewable energies will help turn the energy super tanker faster. Predictable climate policies and signals can help in this regard.

Technological innovation in fields such as material science, genetics, and IT are essential in order to reduce the cost of climate adaptation. Innovations in business models and regulatory structure are also needed. With water becoming ever more scarce around the world, for example, we need low-cost solutions in desalination and waste-water treatment. New irrigation technologies will improve water-use efficiency, as agriculture continues to be a primary consumer of water in many countries. Genetic technology should seek to produce high-yield, drought- and heat-resilient crops. A host of related technologies also are needed to ultimately bring farming “indoors,” so agricultural production becomes independent of weather conditions. Intelligent water-management systems and smart green buildings have proven to reduce waste and improve efficiency by 30 to 50 percent in advanced countries, but the costs of these technologies must be cut drastically so low-income countries can make use of them.

Second, we should provide information and incentives for households, companies, and governments to take a longer-term perspective of long-duration assets. The impact of climate change is highly uneven. Among the most vulnerable areas to climate change are low-lying, coastal regions with long-lasting physical structures. The urbanization megatrend shows no sign of slowing, and many booming cities in emerging markets are in coastal areas. Their economic value as measured by GDP remains below that of their developed-world counterparts (New York and Miami), and many of these fast-growing cities also have less protection from the elements. A study by the World Bank suggests that Guangzhou (China), Guayaquil (Ecuador), Ho Chi Minh City (Vietnam), and Abidjan (Cote d’Ivoire) are among the most vulnerable cities, with a combination of growing populations and assets, sea-level rise, and soil subsidence.

As the energy ecosystems evolve in reaction to economics, technologies, and policies, we are trying to get a better understanding among legacy property owners, both public and private, to address the issue of so-called stranded assets. This includes energy companies that own proven underground reserves of fossil fuels that may never be exploited, and electric utility companies that own power-generation, -transmission, or -distribution infrastructure that may not be needed. The energy sector isn’t alone: Businesses in many other areas—including finance, building materials, and metals—have long-term fixed assets under threat, whether physical assets, financial assets, or intangible assets (intellectual property). Individual workers and communities who are engaged with affected industries also need support. In addition to exposure to sudden policy and technological changes, there is also the first-order risk of asset destruction in extreme weather events. Many production processes and supply chains may have to be reconsidered in light of climate change, to deal with low-frequency, high-severity weather events such as once-a-century heat waves, floods, or droughts. Long-term decisions regarding fixed assets are made more difficult by the degree of uncertainty and the costs of obtaining information, often resulting in a wait-and-see approach that may not be optimal, as large-scale climate shifts can be abrupt.

Finally, institutional changes are needed to improve the flexibility and mobility of global resources in anticipation of climate change. In addition to rapid improvement of battery technologies, the key to facilitating large-scale integration of variable-renewable generation is often to change the mindset and the skillset of grid operators. Several reforms need to be introduced to improve grid infrastructure (interconnections, intelligent grids), weather-forecast services, and market design (rewarding flexibility services, rapid generation and demand response, intraday trading, etc.). We need to protect small distributed generators from discrimination by large utility incumbents who often collude with grid operators and market regulators. Two other notable areas of institutional change are the development of capital markets—particularly climate-related insurance and other financial instruments—and regulations regarding global trade and migration. Climate change has two dimensions—changes in average weather conditions (temperature and rainfall) and changes in volatility around the average (more-frequent extreme weather events). In dealing with heightened volatility, risk-sharing facilities will be very important. Hedging climate exposure through financial markets or insurance contracts should be made accessible and affordable for everyone. Risk sharing and mitigation can also be facilitated with other financial instruments, such as catastrophe bonds. Currently, we are seeing more evidence that the rise in both temperature and sea level is affecting the frequency of natural disasters. Given what we know of the general warming trend, we should develop financial instruments before it is too late. Climate change may inversely affect the agricultural productivity and living conditions of certain areas. Switching crops or moving activities to more livable areas would entail further liberalization of trade and easier migration, should the impact of climate change become intolerable in some places.

Climate Change is not only a technical challenge, it also ultimately exposes the world to social and economic challenges. Rich countries with vast financial resources and less exposure to natural catastrophe are better able to deal with climate change than are poor countries. Who should be paying for the cost of climate mitigation and adaptation in developing countries that face greater energy demands as their economies grow? COP21 has re-affirmed a 2009 commitment by developed countries to send $100 billion a year to the developing world to support initiatives addressing climate change. A recent report from the Organization for Economic Cooperation and Development showed that $62 billion flowed from rich countries to poor countries in 2014, a $10 billion jump from the previous year. While these figures are rough estimates, it is certain that much more is needed to achieve the target, with some studies suggesting $1 trillion per year.

A renewed sense of urgency to find financing solutions has resulted in more initiatives in public-private partnership. The transition to a low-carbon environment cannot be achieved without private sector investment and support. Infrastructure-investment needs alone are estimated to be around $90 trillion between now and 2030. It is in the private sector’s best interest to invest in enhancing adaptive capacity. To date, climate finance has been aimed at mitigation rather than adaptation. In 2014, the share was 93 percent versus 7 percent. This mix should be more balanced going forward. It is not a zero-sum game between adaptation and mitigation finance.

To increase the attractiveness of climate financing for developing countries, it would help to link climate objectives with other public and private national objectives. For example, reducing fossil-fuel consumption is a key measure to reduce urban air pollution and improve public health in China and India, both of which have been relying on coal as a primary source of electricity generation. The World Bank’s 2014 report, Climate-Smart Development: Adding Up the Benefits of Actions, quantifies the economic benefits of improving climate-related health problems in five large countries and the EU.

Although climate-change awareness and the willingness to collectively address it have increased, global economic conditions have also become more difficult with slowing economic growth and slumping oil prices. To win the fight against global warming, we need to focus on winning the race in technology, providing more information and incentives for long-term planning, and encouraging institutional changes in anticipation of large-scale shifts in global climate.

Chart 1. The Race of Technology in Electric Vehicles 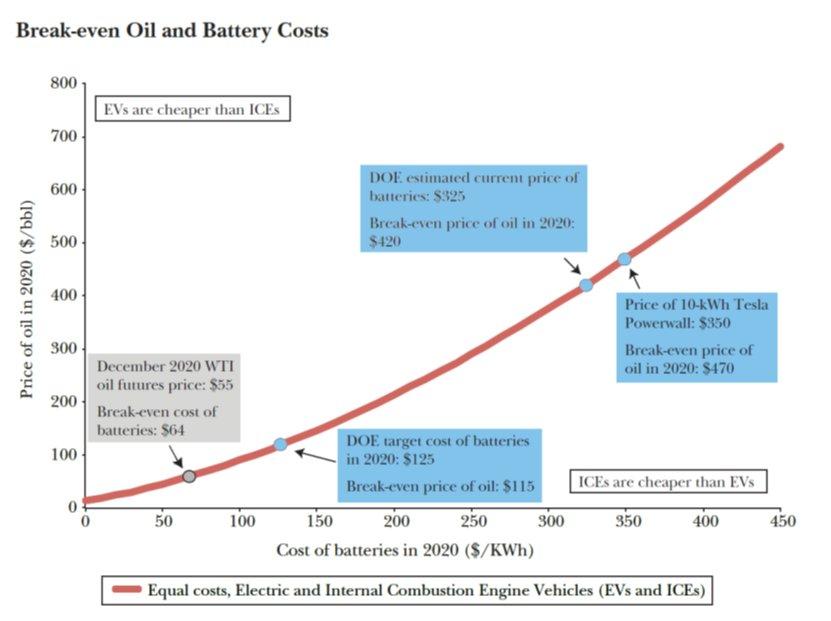 Source: Will We Ever Stop Using Fossil Fuels? Thomas Covert, Michael Greenstone, and

A Union for stormy weather