A tale of two worlds: before coronavirus and post pandemic

Some believe life will return pretty much to “normal” once the Covid-19 crisis passes. Most commentators, however, warn that we will be living in a very different world.

I see a third possibility: that the pandemic is essentially part of, and of a piece with, other developments that have taken place over the last several years and even decades. That the pandemic will accelerate and intensify economic and political changes that have already been occurring. Perhaps, rather than representing a break with the “Before Coronavirus” world (“BC”), the “Post-Pandemic” future (it might come to be called “PP”) will in fact be rather like the recent past – just more so. 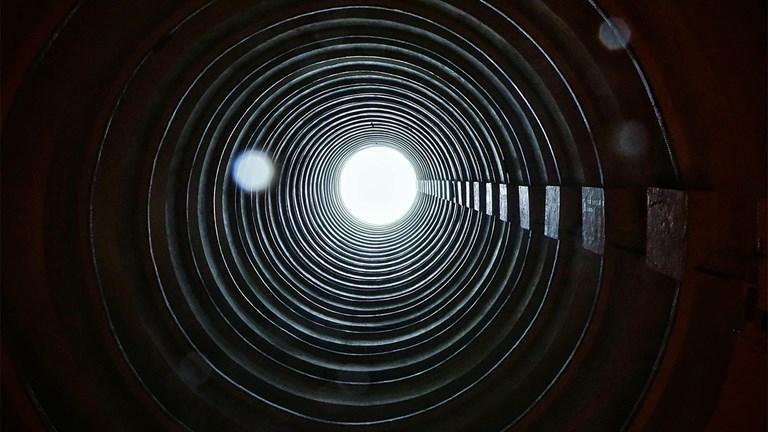 In fact, the pandemic is itself a product of globalism: like virtually every trend that has emerged over the last decade, pandemics and epidemics – like financial panics – were occurring with increasing frequency and intensity Before Coronavirus and will do so more frequently and intensely Post Pandemic. This will disrupt international trade and travel; it will also spur the spread of distance technologies and virtual economies. It will be an age of both resurgent nationalism and an age of non-state alternatives. A season of surging state surveillance, a season of corroding public trust. It will be the best of times, it will be the worst of times…[1]

The Future of the Economy

The global economy, and “globalism,” will doubtless continue to suffer in the immediate wake of the pandemic. Most economic activity has ceased as people are confined to their homes. International flights have been dramatically reduced and many borders are closed. Economic activity will undoubtedly shift in the longer term, as a result.

For instance, many countries and companies are suddenly recognizing the dangers of supply chains that have been offshored for labor-cost or tax reasons – in particular, they begin to doubt the wisdom of concentrating critical production in China. As the current crisis recedes, many companies will choose – and many governments will order others – to relocate production and distribution back to their home countries and closer to their ultimate markets. This will shrink trans-global flows, but it will also render the remaining global economy more stable and resilient.

If the illness is severe enough – and if this one isn’t, a future pandemic will be – it won’t be just public services or Amazon that find themselves overtaxed: it will be our entire food production and distribution system. Already, food markets are experiencing rising illness rates among employees and a lack of some products; food delivery services have long backlogs.

What will happen when the farmworkers who pick that produce for you stop being able to do so? They are some of the most underpaid and mistreated workers in the United States and, as Greg Asbed wrote in the New York Times on April 3, perhaps the least able to protect themselves from this disease. What will happen when large numbers of truckers, warehouse workers, and logistics managers are indisposed or unemployed? We have outsourced our food production and preparation – the one thing in our high-tech world even a caveman could do – to a far-flung global operation; you don’t need to be a survivalist to think that maybe we need to bring our food systems closer to home now. This, again, will simply accentuate a pre-existing trend, particularly in high-end markets, toward locally-sourced food.

We may see more of this in other goods too, especially where craftsmanship matters (another pre-existing trend). The global economy sucks both raw material and capital out of local communities and makes them dependent upon a centralized system for goods they could produce themselves. (Besides food, energy is a leading example.) This is environmentally unsustainable in the long-run; it incorporates unnecessarily high transportation costs and carbon consumption into all products, and it will soon prove economically unsustainable as a consumer model for much the same reason that centralized global supply chains will become untenable as a production model. Local, distributed, and circular economies will become much more prevalent – and that’s actually a good thing.

The future of globalization

But those who think this represents the end of the latest great age of globalism are surely missing something crucial. The economic activities that continue at the moment are mostly those that can be carried on remotely. In short, the virus privileges those who are part of the weightless, connected economy and further disadvantages those whose work is, one way or another, physical and requires a physical presence. This will only further exacerbate the divisions that were driving the inequality and unrest in the immediate decades Before Coronavirus.

Just as did the Great Recession, the current crisis will further step on the gas. Those industries that can go virtual will increasingly do so – and more people will find that they actually like working remotely. Those workers who don’t, however, may find that their employers like it: a remote, home-based workforce has its deficiencies (less collaboration, camaraderie, and spontaneity) but it reduces overhead costs (rent, computers, phones, office supplies) and shifts them to the employee. Such risk-shifting has been a basic underlying theme of the economy until now, and it is yet another that will become more and more pronounced going forward.

The coronavirus period will also hasten the transition, as much as possible, of those industries still stuck in the “kinetic” world to the virtual and automated. Warehousing and delivery services are surviving during this pandemic, but while they will continue to expand in the social-distancing world of the future, they are likely to do so with drones, robots and driverless cars. Plenty of new industries, many requiring manufacturing, will boom: for instance, autonomous vehicle demand will expand not just from the delivery and logistics sectors, but also from consumers refusing to ride with anyone else (again, transit ridership was already cratering Before Coronavirus). In any case, Post Pandemic, the world will be even less promising for those whose labor can be replaced by machine – which will be more of us than we may think.

In sum, the economic activity of the Post-Pandemic world will be increasingly cannibalized by its two extremes – the globalized, on one hand, and the localized, on the other. This hollowing-out mimics that of economic distribution – the disappearance of the middleclass – that has been sweeping the developed world for decades. It also goes hand in hand with the collapse of the political center that has occurred in almost every country. Our future still holds a connected global economy, but it also promises a less-connected and rival one, with different social, economic and political structures and values.